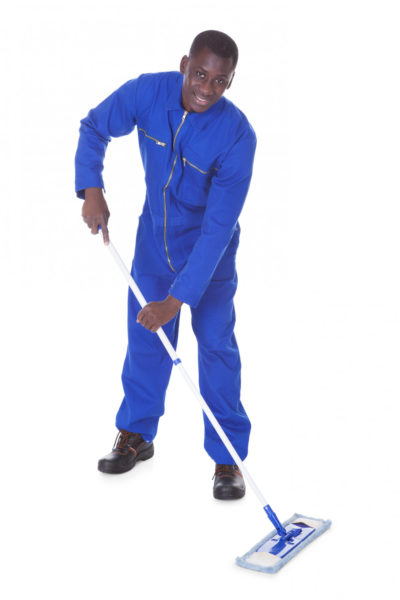 “Mummy, I’m going to work as a live-in house help for two years”.

How would you feel as a parent if you heard these words voiced by your daughter, who you have spent quite a fortune on educating? Surprised? Curious? Angry?

I hear people call this generation “a bunch of millennials who are filled with a sense of entitlement”. We think we deserve better, simply because we were born, or because we have been exposed to certain kind of life.
To be fair, I do not think it is any fault of ours. It is a mindset that we may have aquired probably from our parents or the western media.

When we were younger, we constantly heard things like “There is nothing you want that you can’t have”, “You’re a star”. And then growing up seeing a Justin Bieber whose net worth at age 23 is the value of my state’s budget, and has been that way for about seven years. Then, there really wasn’t any limit to what we hoped to achieve very early in life. However, as we grew, we quickly realized that the “bed of roses” life is nothing but fiction.

Recently, I was interacting with the owner of a maid agency in Lagos who wanted me to help train their staff, so that they would gain an advantage over other agencies. Before we got too far into the discussion, I asked to find out if their maids had some level of education, as that would make communication easier. The response I got was, in their own words, “many maid employers do not want educated maids because they are lazy and would cost more”.

To say I was in shock would be appropriate. But moving on, I decided to have a mini survey among my Instagram followers to know what they would prefer: an uneducated or educated maid.

Most employers said they would prefer someone educated. I felt vindicated. Why wouldn’t anybody want an educated person handling his/her affairs?

To clarify, by ‘educated’, I mean someone who has at least an SSCE and at most, a University degree.. Now, before you criticize me for indicating a degree holder should opt for a housemaid’s job, take a look at this analysis.

The average degree holder in Nigeria today is 22-25 years old, lives in his/her parent’s house and will spend some time applying for a job after NYSC.

My logic is this, if you have woken up every morning for a year in your parent’s house, to sweep, clean, cook, do laundry, stroll around, run errands for your parents and apply for jobs when you can, the only difference between you and a house-help is that he/she is getting paid and you’re not.

An educated house-help, working for an upper middle class family and above should earn between 30,000 to 40,000 Naira. That may sound small for a graduate to earn, but if you look closely enough, you will see that it comes with benefits that no other “corporate job” will offer you (Free accommodation, feeding, medicals, transportation, gifts and so on)

This means that as a domestic staff, you may not have the need to spend out of your salary on yourself, except on rare occasions. You earn this same salary as a secretary or customer service staff in an organization. Let’s look at what some of your expenses; there’ll be clothing, feeding, transportation, and even untold stress.

I worked in the bank for 4 years and had colleagues who earned something not too far from this amount. Yet, they had families, paid rent and had other running costs.

Following my analysis, at the end of the day, working as a domestic staff for one year would leave between 300k-450k saved in your account. I didn’t even have this amount saved working as a banker for one year.

So why does an educated person who has spent above one year looking for a job not venture into helping a family who needs help? Is it fear, the stigma or just ignorance of the opportunity?

Do we have an idea how the housekeeping industry will change forever if more educated and capable hands were involved?

The Make-up artistry and Fashion industry is saturated. Everybody has MUA as a profile description or “Fashion Influencer”, even though they are not known beyond the four walls of their houses.

The ‘lazy’ label may just be appropriate. Not because the educated ones cannot do the job, but because they have just chosen not to. They would rather been seen working hard in a suit than a tee-shirt and trouser.

My conclusion is this: many young graduates will rather continue to job-hunt for five years than to be labeled as a help. But does education really qualify us for anything? For the most, I think it just prepares us. It prepares us for the work ahead.

In the real world, hard work, resourcefulness, excellence, being able to go the extra mile, are few of the traits that qualify us.

As the saying by George Orwell goes; “To see what is in front of one’s nose needs a constant struggle”. It all still boils down to the entitlement mentality.

But what does an ordinary Maid Whisperer know?

Akpo Uyeh: When the Recruiter Wants You to Pay Registration Fees