Akpo Uyeh: When the Recruiter Wants You to Pay Registration Fees 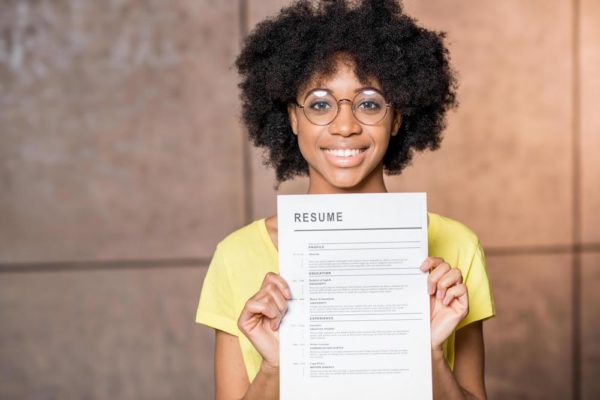 This month started on a good note. Normally, it starts with series of good will messages and calls from family and friends. However, it was quite different this time around. It was a pleasant surprise getting a message for a contract from a client. To be sure it was neither spam nor 419, I did some background check and research on this particular client and the company he was representing. After I Googled the client’s name, I was quite impressed with what l saw. He looked level-headed, had an impressive work profile and was obviously well- connected. My first instinct was to respond to the message immediately, but I decided to take a ‘chill pill’, lest over-excitement makes me flop.

I recall that something similar had happened in the past. Out of over-excitement, I did not take the time to understand the message and replied without thinking. It cost me an opportunity, because the client never got back to me. Certainly, I would not take more 24 hours to respond to this very message, but I just needed some minutes or so, to think through and reason if it was worth it.
Later on in the day, when I was in a more relaxed mood and place, I would inform the client of my availability, interest and willingness to take on the contract.

I read the message from this client, once again, understood what he was saying then responded that I have would be obliged to take on the new project. After some days, he responded. Phew! For a moment, I thought I responded late and probably made the client get someone else but thankfully got a feedback from him. According to the client, I was to contact an agent, who would put me through to process.

So what exactly was the contract about? The contract was about modelling for billboards, calendars and souvenirs, something I had never done before. I was like ‘Wow, I don blow’
I was already calculating what I was likely to be paid. The fact that it was a new opportunity, stirred so much  excitement in me.

It was a weekend, so I had to wait for Monday to make it more official. After I had thought of what I was going to say to the agent, I gave him a call and this was what transpired:

Me: Good morning Sir! Please, Is this Mr. Lagbaja?

Agent: Good morning! Yes, May I help you?

Me: I got your number from Mr. John. He directed me to you concerning a modelling contract.

Agent: Okay…. What is your name?

Me: My name is Akpo’didi

Agent: Hope you are very beautiful?

The Agent continued: Before we give you the contract, you would have to buy a form for 10, 000 Naira, after which the modelling agency would endorse you. From there you become a certified model. You would be working under us so every payment made for a job, a certain percentage of your payment would be for us ( your agent).

Me: Really? What percentage?

Agent: I can’t disclose that. Probably see me in person so we can discuss that, but come with the 10,000 cash for the form.

Agent: Would tomorrow be fine?

Me: The day after the tomorrow would be convenient.

Agent: Ok…. No problem. The ball is in your court.

And that was the final goodbye because after thinking things through and consulting people for advice, I realised that it might just be another scam.

One has to be careful in this perilous times. We hear of how people are kidnapped, robbed and used for diabolic things. Have you not heard of people invited for job interviews only to duped or kidnapped?

Just as the popular singer, Omawumi said in her song’’If you ask me?’’- the things wey e happen, e heavy for mouth

For the benefit of doubt, the agent might not have such intentions, but since at the end of the day, he gets a certain percentage, he might as well wait till I do the modeling job then deduct the registration fee from my payment. Shikena?

This incident reminds me of a similar occurrence. There was the notice that models were needed for an upcoming event. The applicants were to be added to an exclusive Whatsapp group. After joining the chat group, the administrator notified the group members that they were to pay a certain amount of money for registration, after which they will be inducted to the modelling agency to start making money.

A member of the group insisted that the agency could as well deduct the registration fee from their salary to start with, rather asking them to pay money before enrollment. She had done her calculations. They were about 30 of them in the group and if that was multiplied by the registration fee that amounted to a huge sum of money. Since the group administration refused to reason with the adamant member, she politely left the group. That was the last the administrator heard from her.

In most cases, after paying the required registration fee, the applicant might end up being used, after she discovers that the agency selects a particular few from the battalion of applicants. This leaves the unselected applicant helpless and the registration fee is usually non-refundable.

What do you think of jobs that you have to pay ‘’registration fee’’ first before getting the contract or job position? Are they not mild ways of duping unsuspecting applicants?