Precious Uwisike: Things I Was Doing Before I Met The Internet 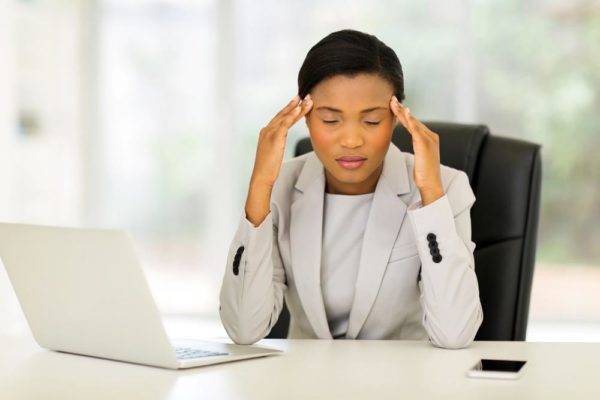 When I was 7, my dad would package my mum, my siblings and I in his old Passat 2 days to Christmas, and we would ride the long stretch to Isiokolo, Ethiope East of Delta State, with the resounding voice of Yinka Ayefele playing on the car radio. It was where my Grandpa lived at the time. We ate all kinds of meal, including large worm-like insects that lived in gigantic palm trees in the village forest. Nene, Grandpa’s second wife would fry this insect and we would eat it with palm oil stew. I would find out from the internet, many years later, that the insect is called Palm Weevil Larvae and that it eats hemlocks and prefers to remain underground during cold season.

Then, we never ran out of soup especially as Eba was our go-to meal. We ate it morning and evening. If people receive medals for eating eba, my fam is deserving of gold. My dad was an original from the South-South. To him, rice was only an appetiser, eba or any “swallow” was the real meal. We were the loyalists. We only ate rice when my parents wanted to treat us, or on Sundays, Easter and Christmas. I only began to have a mental shift when I moved to boarding house and became familiar with varieties of food. No one ever told us too much starch can make your tummy big or make you fat. Now I know about #fitfam and #ketogenic. I should thank the internet people, right.

In my early teens, before we discovered that lyrics of ANY song were a click away, Roland, my brother would pay me to write songs by Westlife and Backstreet Boys. These lyrics would later give him the inspiration he needed to compose a love letter for his crush. It used to be that if I paid attention to the music I heard and could identify with the content (because it was so good back then), I had to write it down, trying to score it on paper. I still have scraps from Whitney Houston, Destiny’s Child, Brandy, Toni Braxton, Britney Spears — with hasty notations in the shorthand I invented.

So many hours of my teen life were spent being stuck on the radio of my rechargeable lamp in boarding school; trying to catch Shola Thompson on Rhythms of the Night and Kamal on Cruise Control (I would not go to sleep unless I heard either of their voices) …*clutches chest*; singing fuzzily, the attendant heartache of the lyrics of the slow songs as part of the bargain.

Many years ago, I came home from Primary School to a tiny squirrel my dad had found at work. I had never seen a squirrel, so I was in awe. I found a square carton to house it in and fed it tiny pieces of banana and water every day before and after school. Sometime later, the squirrel grew cold, swelled and died. I may have killed it with the choice of meal. Unintentionally. I would never see it again, not really — I may find some image in an encyclopaedia but that would have been looking at the creature through layers of a lens.

My other option was to flip through stacks of Wildlife Journals, hoping to stumble on a full-color photograph. My secondary school library had a pile of old issues that students could tear up for school reports, and during Biology classes, we’d grab stacks at random, looking for polar bears, mountain cows. If by some miracle anyone found whatever he or she was writing about, we’d all gather to see and be astonished for a moment, then go back to our hopeless searches. Scarcity made this information—the squirrel—precious.

These days, we can find out in mere seconds what Jesse Williams is having for lunch, whether beetles are nocturnal, if twirling on one leg can make you swoon. We’re exempt from waiting, denied the chance of surprise. And I’m convinced we are missing out on an essential human experience: not knowing.

Without that surprise discovery, we do not get to enjoy some events in our lives first hand because we have lived them through the eyes and opinions of other people. Is the greatest pleasure in knowing, in not knowing or in partly knowing? All I know is that while information may give us power, the deepest satisfaction lies in suspense.

Kevwe Uwisike is a Communications Specialist; a lover of words, PR Girl, Social Media Enthusiast and Content Developer. You may reach her via email on [email protected]