Social media influencer Japheth Omojuwa shared series of videos of how a group of passengers on a flight from Lagos to Abuja were caught allegedly stealing from other passengers.

According to him, this group has been carrying out the act for sometime and the airline had to place a spy in the plane to nab them.

One of the thieves caught on the Arik flight Lagos to Abuja this morning. Impressive security set up by Arik pic.twitter.com/Wc3wPafOEJ

The authorities were alerted as soon as the incident happened when we were airborne. They came in on arrival. pic.twitter.com/287OM0Roti

They are now being led away by the authorities. I don’t know how many years for stealing in the air. LOL. pic.twitter.com/HU0rqfZZIo

The captain explaining how the incident happened. Thumbs up to Arik. They had a spy to watch out because the thieves had been on a run. pic.twitter.com/ouQdl0hF2E 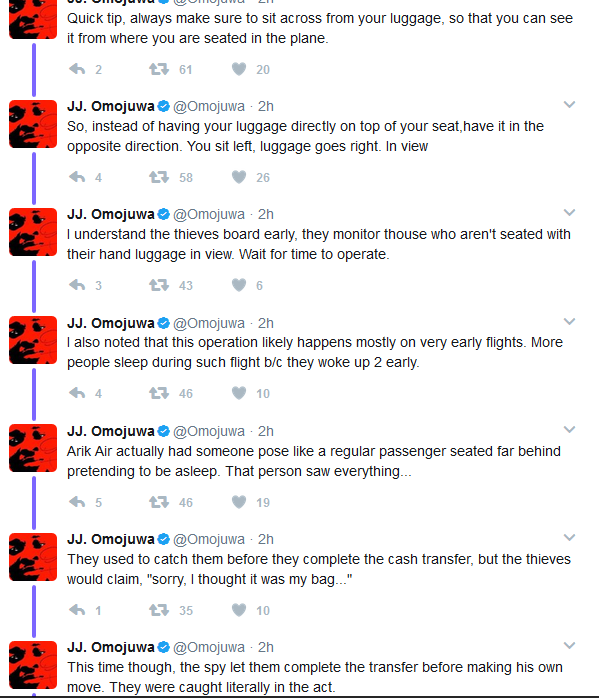 3 Suicide Bombers Die in Foiled Attack on University of Maiduguri