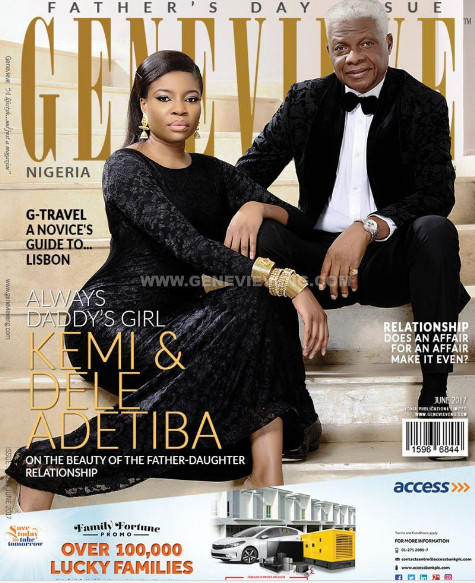 Notable movie Director of The Wedding Party, and the producer of King Woman; Kemi Adetiba along with her dad advertising guru and former CEO of Lintas, Dele Adetiba grace the Father’s Day issue for Nigeria’s prestigious Genevieve Magazine.

The magazine’s June 2017 issue is dedicated to a child’s first hero; The father. It is a celebration of fathers and the roles they play in a child’s life. According to the magazine, the words, body language and relationship between this father and daughter is one most millennials will like to have.

BN TV: ‘She Loves The Finer Things’ Wants you to get Ready with her | Watch