First African Pilot to Fly Solo around the World! Ademilola Odujinrin is our #BellaNaijaMCM this Week 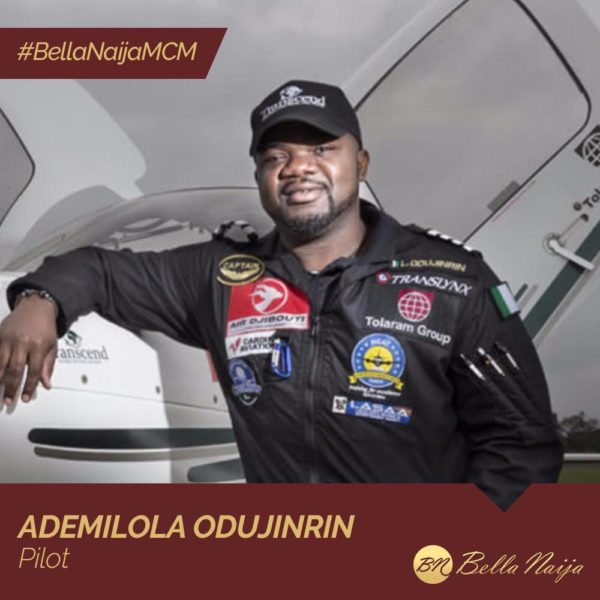 In the words of Lupita Nyong’o, everyone’s dreams are valid, and that is what Nigerian pilot Ademilola Odujinrin has proven.

In March this year, he became the first African pilot in history to fly solo around the world.

He completed the entire journey in a Cirrus SR22, stopping in more than 15 countries on five continents, then returning to Washington DC, where his journey began back in September.

The flight was part of Project Transcend, a foundation which aims to inspire young people to achieve their goals, regardless of their personal circumstances.

“Ever since I was a child, I dreamed of one day flying around the world. We have a responsibility to lead by example and follow our dreams. I want African children to think: ‘I can do this too!’” Odujinrin said after completing his journey.

Odujinrin flew to 25 countries and made 35 stops in 9 months.

As a child, Odujinrin looked up to his uncle who was a commercial pilot and not too long after, he realised his passion lies in the skies.

From the age of 15, Odujinrin began to save earnestly to achieve this dream of being a pilot. He worked two jobs while studying for his A’ levels and at age 20 he qualified for his Private Pilot License (PPL) in just 19 days.

His dream was put on hold as he tried to make a living. Years later, he left his job, took out a loan and enrolled in distance learning for the “ATPL Ground School” and eventually qualified as a Commercial Pilot in 2010.

“I am Powerful, Valuable & Deserving of every chance in the world” – Meet #TeamBN at #JANLEADCamp 2017