Anne M: Argumentum Ad Hominem - How Not to Comment on Blogs 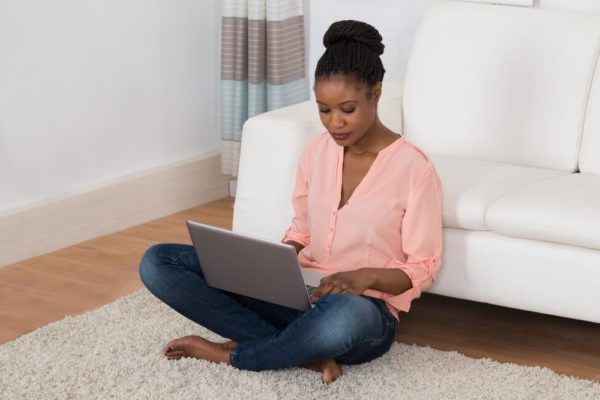 On September 5 last year, I argued on this platform that we don’t give rich kids as much credit as they deserved. I was inspired to write the post because two brothers  from a prominent and wealthy family had both recently graduated from the Nigerian Law School with Second-class honours, upper division. Less than 3% of Nigerian law school students achieve that level of success. One of the brothers also won an award for the highest score in one of the courses. Given how prevalent nepotism is in Nigeria, I imagined that if the young men got hired by top law firms, people would attribute their success to their family name, disregarding that, all things being equal, the brothers  studied harder than 97% of their mates. I was a student of the law school ten years ago. To the best of my knowledge, the institution is free from corruption.

I didn’t use the preceding example on that September post, but I wrote, among others, about a young Nigerian who still braids her own hair despite her wealthy background and Youtube success.

Several of the over fifty comments made on the “Rich Kids” post reasonably disagreed with my opinion. However, some commenters, rather than focus on the substance of the post, attacked my character. Some were sure I had been paid by the people in whose defense I wrote. Others were certain I wrote the post just to get the comments. But none of the allegations was true — I love to play the devil’s advocate so that people can understand views and perspective that are different from theirs. Lacey’s comment, ” This Lady always writes senseless articles that lacks depth! I will not be wasting my time reading anything from her anymore!” affected me the most.

I find that although BellaNaija has well-educated readers, many of us tend to make our points by name-calling and making personal attacks on people. Here are some examples I recall.

-A young mother wrote about balancing work and life (She’s also a successful lawyer) and we told her to shut up and go focus on her home since the words on the street was that her husband is a philanderer.
– A modest woman who makes a living from documenting her life on YouTube weekly,  and whose all 99 episodes I have watched,  we called a narcissist. (She now appears on Youtube billboard ads in Nigeria).
-A fit mother of three wrote a book  about healthy living and we assumed she must have had a tummy tuck and that her pearly whites couldn’t be natural.
-A Nigerian beauty vlogger who lives in U.S. we told that she has a village and Igbotic accent.
– Someone wrote about her view on Brexit (an article I found insightful as I don’t live in the UK) and a commenter here, using his real him, passionately told her to never ever write again. This, because his political views were different from hers.

Some of these content creators have addressed the negative comments and its effect on their platforms. If we knew the harm we cause others by our seeming innocuous comments, we would be more careful how we express ourselves. Recently, BN Contributor, Eva Funsho wrote about such consequences here.

While words have the ability to destroy, they can also build. For our words to be effective, they must be true, kind, and necessary.

Our comments are not founded on truth when we premise our opinions on assumptions and stories that are false. For example, someone took to Instagram to criticize a black female Youtuber who is married to a white man. The poster was sure the Caucasian dude was an unemployed loafer and that the successful black woman married the young man only because of his race. But had the author of the post did a quick Google search, she would have found that the young man is an employee of the company that owns the eponymous search engine. False derogatory comments are destructive. We shouldn’t make them; we shouldn’t “like” them.

When our comments pass the truth test, we then have to consider if they are also kind. The golden rule that we treat others as we would like to be treated is relevant in the digital age more than ever. When a story about a celebrity’s adultery or addiction is reported on TMZ, do we gloat over their failings or do we pause for a moment to consider that what ails them ail us? If we think things through, we would realize that Lamar Odom is no more an addict than the diabetics among us who consume inordinate amount of carbs, or those with high cholesterol who can’t skip a suya at a party. Similarly, if you are a Christian, before you make a general comment about how Muslims are terrorists, remember that you are a Christian probably by of accident of birth–that if you were born into a Muslim family, a fate you have no control over, you would have been one of those you condemn. Next time, we are tempted to pass moral judgment on people online, most of whom we have never met, may we remember that there is so much ill in the best of us and so much good in the worst of us.

When we have considered our words and they are true and kind, we should then consider if they are necessary. For example, it would be unnecessary to disclose facts about a celebrity which they would rather keep private.

I commend platforms like BellaNaija that try to be ethical in their reporting and the content they create. I now encourage those of us who contribute our opinions on the platform (Many of you are already thoughtful in your comments and I applaud that) to follow the lead and be thoughtful in how we express ourselves. This is the only way we can play our part in quelling the epidemic of cyber bullying.

While some of us draw power from a higher being (The Catholic Hymn “The Summons” helped me heal from Lacey’s words) and are less impervious to hate, some, especially young people, are vulnerable to destructive criticisms and bullying.

Consider this statistics: People who are bullied are nine times more likely to commit suicide. 800,000 people around the world take their lives every year.

Don’t make someone a statistics through your words. Silence is golden when we have nothing nice to say.

PS: I recommend Dale Carnegie‘s How to Win Friends and Influence People to those who seek to master the art of effective communication.

Drop the Weight with EJ: 3 Steps for Crushing Your Weightloss Goals Like a Boss