Eva Funsho: Cyber Bullying & Its Effects on an Entrepreneur 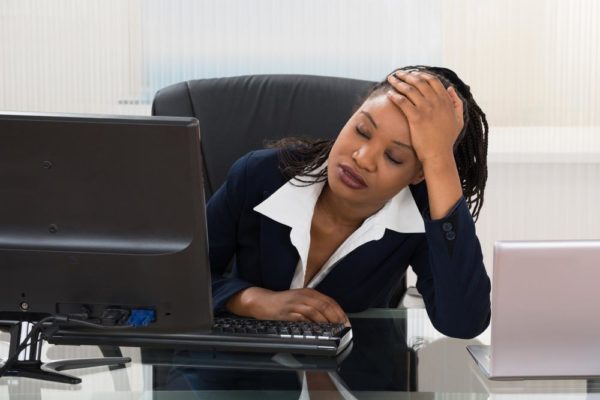 If you attended a boarding institution like me, then you definitely know what bullying is about.  I’m not talking about ordinary confrontational situations, I mean real bullying! My experience in high school was quite tough, as the senior students were always in charge of everything and they were literarily lords over the junior students. I remember how they raided the dinning hall one day to pack our favourite Thursday rice, and the fish we were looking forward to. They packed it all to the hostel and made us get them drinking water to eat our own food.

One time, I was made to do seven different punishments at intervals for not ironing a senior’s house wear well enough. It was a gruelling experience! The bullying activities were so tough that you have to be tough enough to survive and still remain intact mentally, because it breaks you emotionally. People call you names you don’t like, make you go against your beliefs and principles, endanger you in the most inhumane way etc, and the most ironical thing though is how most of us came out of it strong – even though some people couldn’t make it. Some left the school and some even died in the process.

Bullying is the result of an unequal power dynamic where the strong takes advantage of the weak. It can be experienced through physical violence, verbal abuse, spreading rumours, humiliation etc and can result in fear, low self esteem, anger, hopelessness, sadness and the most scary which is depression.

The good thing about those of us that went to high school during the 80s and 90s, who faced these miserable and detestable experiences, is that as soon as we were able to detach ourselves from the environment where we were bullied, the experience was over. We had a safe haven during holidays and ultimately when we became seniors too and the “devils” had graduated. So, bullying was basically a thing that happened at a particular phase for most of us. Most times, we were encouraged to toughen it off as we would soon be out of that phase.

However, the advent of social media has introduced a dynamic to the concept of bullying as cyber bullying has taken over, and bullying is no longer just a problem of some boarding house kids. It is now a force that has eaten deep into our lives, as long as social media exists.

Social media is such a beautiful discovery/invention, I regard it as one of the wonders of the world. It encompasses anything and everything you can ever think of; there’s the good, the bad and the ugly…and the really ugly! And like they say, it either uses you, or you use it.

One of the most beautiful things social media has given is the freedom of owning your speech and dishing it out as you want. Unfortunately, it is also one of its curses. Social media platforms have become tools for people to show lack of empathy towards others, offend, abuse, be rude, call people names, slight, discredit, slander, defame, cast aspersions, disrespect, humiliate…and the list goes on and on.

The huge participation of almost everybody and everything on social media has turned it into such a huge global force, that it has become another world inside the world. As a result of that, peoples lives, family, career, businesses and basically their existences have been woven around the platform. Interestingly, it has bridged the gap between all classes of people as anyone can relate with anyone they like as long as they have an account on a mutual platform. This has however, created an instant feedback opportunity for entities especially entrepreneurs and brands.

Recently, entrepreneurs have taken advantage of the business template of Instagram and Facebook, as both platforms have basically created a cyber mall where you can find everything, and as brands are created and grow, they are gradually improved upon by the entrepreneurs in the best business strategies available using the power of the hashtags. But, just as there’s the positive in something, so also is the downside to it. Because of the power and advantage that the followers have to support a brand and push it to grow, such power can also be used to bring the brand spiraling downwards. An example is the TV show franchise that was recently concluded, whose sponsors almost lost their credibility and follower base at a point, after a group of people started a hash tag to question a sexual harassment situation. The hash tag went so viral, that it threatened the show and almost affected the brand. That incident clearly showed that brands can be destroyed through social media and all it takes is a hash tag.

We’ve seen instances where individuals especially celebrities had to delete their social media accounts because they couldn’t stand the bullying, and some of them have even come out to talk about how cyber bullying has pushed them to the edge of suicide at various times. So, one cannot but imagine what effect bullying has on entrepreneurs and how they hold themselves together in order to just keep their brands going.

Social Media is often credited with giving a platform for the average citizen to be able to air their voices and has helped to encourage democracy and activism as a tool for a free life. But negatively, it has put some vices in play which has turned out to be a huge problem for entrepreneurs and brands. People can now fuel online grievance campaigns – which have become an increasingly incessant phenomenon. Such campaigns have brought companies to realise that consumer voice matters but it’s also gradually becoming a case of consumer voice could ruin you.

It is, however, salient to note that brands are gradually getting a dose of cyber bullying right before our eyes and it’s becoming a phenomenon that might erupt into a volcano someday.