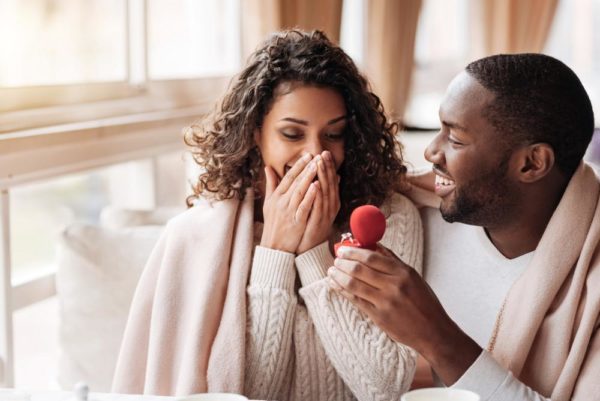 My husband must be tall, dark and handsome. Anything apart from that is a big NO. He must be rich too. Many women make these lists before marriage. Thanks to fairy tales that have brainwashed us by telling us the couples lived happily ever after- just like that. To some extent, we unconsciously have been made to believe that all that matters is physical attraction in addition to status off some sort. Since princes are not that common, neither are castles, we seem to have settled on the fact that “he has to be rich”, “he has to be handsome” – all to fit into this box.

If you ask me, I would say marriages fail for so many reasons; both general reasons and specific reasons ‘tailor made’ for people in certain situations. Here are some foundational reasons why marriages fail:

Individuals involved focus solely on physical matters
Don’t get me wrong, it’s not bad to know what you want physically and go for it; not bad at all: but it shouldn’t be all there is about your choice. When a guy comes to ask you out, his physical attributes and overall bank account should never be the sole reason you consider him, even though to certain extent- it matters. It should be more of what the guy has to offer you deep down. Things like: his IQ, his ability to handle crisis. How angry does he get? How giving and sacrificial can he be? What are his beliefs about women? Are they ‘species’ of the human race that stay only in the kitchen and use all their life and time to give birth and raise babies all they can? What does he think about a woman having a thriving career? What are his goals, passion and dreams in life, and how do you fit in? How well does he fit into yours too? These and many more are factors to consider before saying yes.

It’s high time we all stopped saying yes to proposals that shouldn’t have made it past ‘hi’, ‘hello’ just because of the giddy and seemingly exciting emotions felt. Not that those giddy emotions and butterfly flutters don’t count, but it would be great to know exactly what brings about them. Could it be the eateries and joints he takes you to on a regular basis, coupled with the movie nights and all? Or is it the quality discussions you have that makes you rest assured and proud that- this is my man!

In all, physical attraction is important, but it shouldn’t be all there is about saying yes to a proposal. Besides, what if in addition to the physical qualities you can’t seem to take your eyes off, he later turns out to be a wife beater, a woman wrapper or worse still- a serial killer? Pay more attention to his character and patterns, as opposed to his physical attributes alone.

Childish ideas people have about marriage
For teens and adolescents, especially those with religious backgrounds, one of the major things they look forward to in marriage is sex – great sex. Now is it bad to aspire to a great sex in marriage? No; but that must never be all your mind is focused on.

I remember talking to a married friend of mine and something he said struck me (Not that I’ve not always thought about it or desired it in my marriage myself, but the way he said it struck me and filled me with the reality and sense of it). He said one of the main reasons why he loves his wife is that they can be on lock down without sex being the major/only reason, and they both would be fine. Each person is busy pursuing their career in the privacy of their togetherness, without feeling lost and lonely. This brings me to the next point.

People expect marriage to make them happy!
This is one of the reasons many young people get married. They marry because they want to escape from their own world of loneliness and boredom which they created. For real? Who else is going to arrange your world the way it should be? Your spouse? People forget to know that the source of true and real happiness is that that springs forth from within. A feeling that comes out of self-awareness and self-acceptance which no one else can give to you.

The highest a man can do for you is affirm you, tell you you are beautiful and all that, but the best you can do for yourself is to indeed know you are all that, without expecting to hear it from anybody to feel validated.
The truth is nobody can validate you as much as you; and even if they do, you would have to be going back to them to refill you each time your cup runs dry.

The other truth is: people might love you, but when your whole life seems to revolve around them validating you always, eventually they would get tired of you and run for their dear lives. This is because nobody can love you like you. Nobody can validate you like you, and at that, nobody can really make you see worth and value in yourself like you.

Love yourself before getting married; don’t get into marriage expecting what should have been self-love from your spouse. The poor guy also has his own struggles and he is looking for someone to relief him of it too. Adding your own to his, might never be what he’ll most readily do.

People have no idea of self or purpose
A lot of people pay little attention to their purpose early in life. All they all go after is societal standards- getting rich, married and settled with a good job (which again is all good but not all there is about life). Very little time, if any, is spent thinking: what am I here on earth for? What is my passion? What exactly am I good at? Who do I want to be? etc. They marry based on are the giddy emotions they feel. Then suddenly, later in life when their eyes become open, they realize they married the wrong spouse: a spouse who would not readily support their dream when later in life they discover it.

Can you imagine discovering later in life that you want to be a pastor and you are married to an imam? Or that you want to be a medical doctor and you are married to someone who wouldn’t for a day let you out of his sight even at points where you have to study? Or someone who wouldn’t eat any other food other than the one prepared by you, and you discovered you want to be a petrochemical engineer whose work would involve staying off and on rigs? He can’t even handle employing a professional chef, because everything has to be through your very hands and it has to be fresh. He also does not eat freezer food! Can you imagine? That’s why to a large extent, it’s good to have an idea of who you are, so you would have an idea of who to take with you on your journey, and also for your spouse to know who he is, so together you can know if you are compatible dream wise.

There are many more foundational reasons marriages fail, but for time sake, it’ll be good to stop here. So dear sis, before you say yes to that shiny twenty-four carat thing- think on these things and make sure he’s not only tall, dark, handsome and rich (although that could score him a point too, but definitely not all the major points). Marry for where you are going, and not necessarily where you are at the moment.

…Till I come your way again, do have a great day and week ahead. *Hugs and kisses*

Related Topics:Eniola Olaosebikan
Up Next