Jada Pinkett Smith reveals she used to be a Drug Dealer 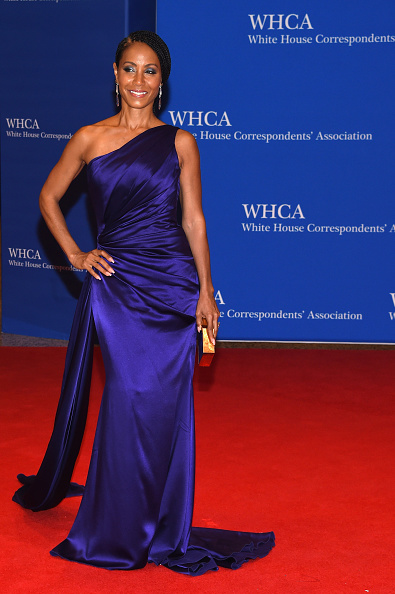 Jada Pinkett Smith has revealed in an interview with “Sway in the Morning,” that she met late best friend Tupac Shakur when she was a drug dealer.

The actress said she thought it was necessary to disclose this to clear the air on people’s perception of her relationship with the late rapper.

According to Abc News, she told Sway that at that time, she was “coming out of that life” and he was “getting more into the life.”

It’s kinda hard because I haven’t really told the whole story. One of the things that’s very interesting that I’ve never really said before is that when I first met Pac, when we first met, I was a drug dealer. Yes.

There was a point in which we met and then we kind of were going our separate ways. And I just felt like, ‘OK God, one day you’re going to do for Pac what you did for me, which is you saved me. And that just never happened for him.

And so that is something that I am constantly having to confront,” she said. “I know that most people wanna always connect us in this romance thing, but that’s just because they don’t have the story.

But it was based in survival, how we held each other down, you know what I’m saying? And when we have somebody that has your back when you feel like you’re nothing, that’s everything.

Jada Pinkett Smith had earlier criticized the Tupac biopic “All Eyez on Me“ on its portrayal of her relationship with the actor, calling the movie out for its inaccuracies.

She said this was why it was necessary to provide more insight on who they were and what their relationship wasn’t about. She added:

I just decided that one little piece was important to share finally because it gives more insight to who we were that it wasn’t just about,

‘You have this cute girl and this cool guy they must have been in this [romance]!’ Nah. It wasn’t that at all.