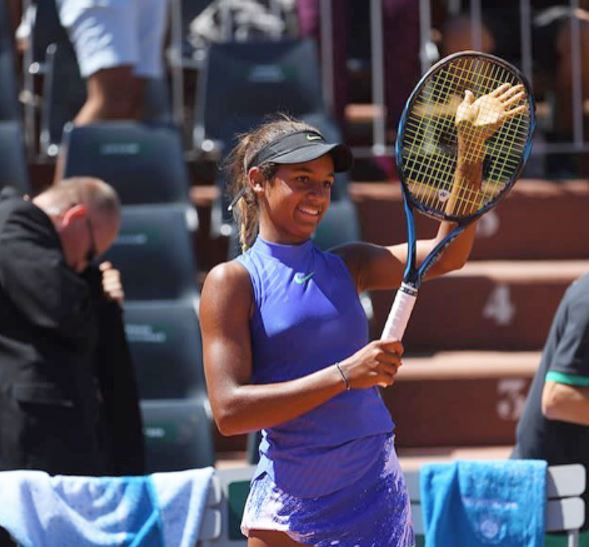 Whitney Osuigwe, born on April 17 2002 in Bradenton, Florida, U.S to Desmond Osuigwe, a professional tennis coach originally from Nigeria, is making a name for herself in Junior Tennis.

Now ranking as the number 1 Junior girls player in the world, according to the International Tennis Federation, Whitney Osuigwe is currently on track to win her second major Tennis tournament this year  after advancing to the quarterfinals of the ongoing Wimbledon Championships girls’ singles tournament.

But don’t be deceived; though young (15 years old), Whitney’s wins are by no means the result of an overnight success story.

Whitney’s father, a staff coach at the world renowned IMG Sports Academy, with over 25 years of experience, has had Whitney on the Tennis court since the age of six and over the years Whitney has advanced through the various levels of the academy’s training program. Whitney Osuigwe only successfully turned pro this year.

With persistence and hard work Whitney Osuigwe has become a heavy hitter and is likely to go on making waves. We are seriously rooting for her!