Something for our Lovebirds ???! BellaNaija Weddings x TAP Studios are Giving Out FREE Pre-Wedding Shoots to 3 Engaged Couples 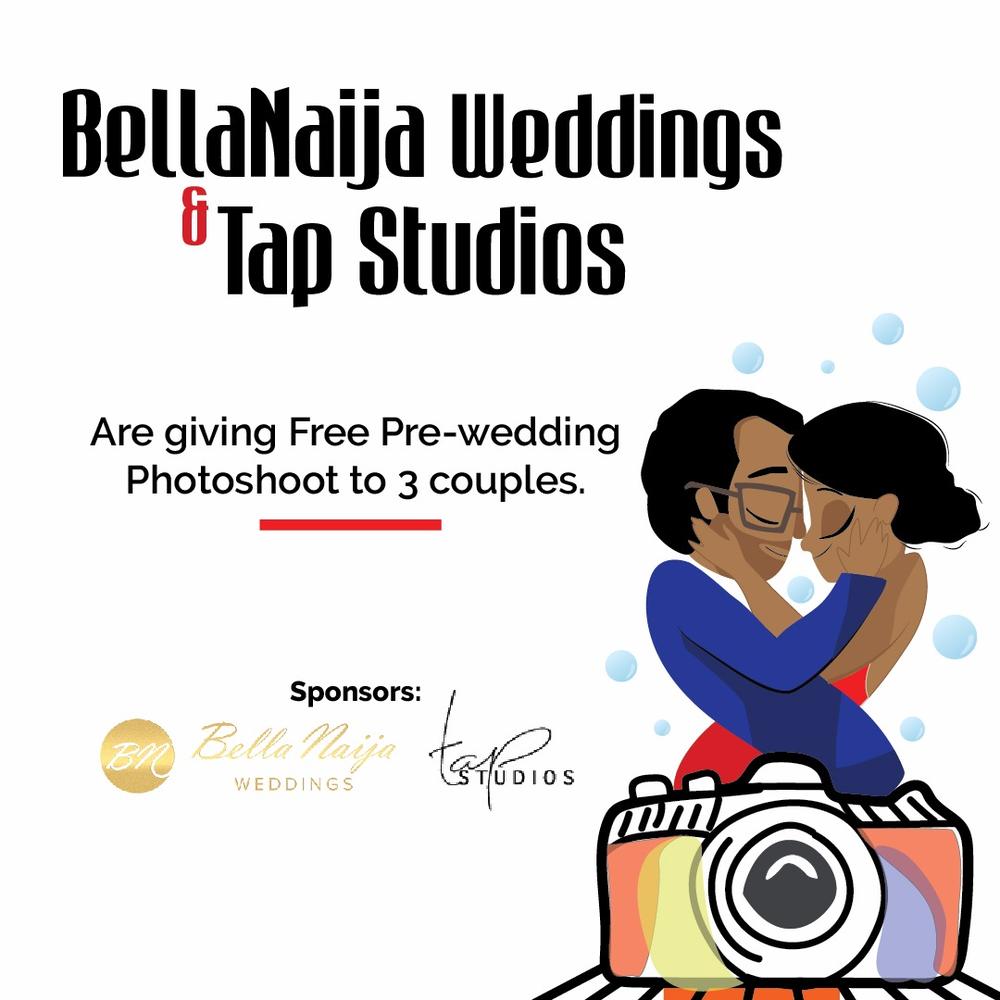 This one is for our lovebirds! ???

We’re partnering with TAP Studios and guess what we’re giving out? Three BN engaged couples will get FREE themed pre-wedding shoots. That’s not all, the team has got you covered with styling, make-up and everything you need. All you need to do is to show up with your awesome partner!

To win, you (either fiance or fiancee) should:

Partners of this project include:

Your Better Self with Akanna: 5 ‘Silly’ Things You Should Be