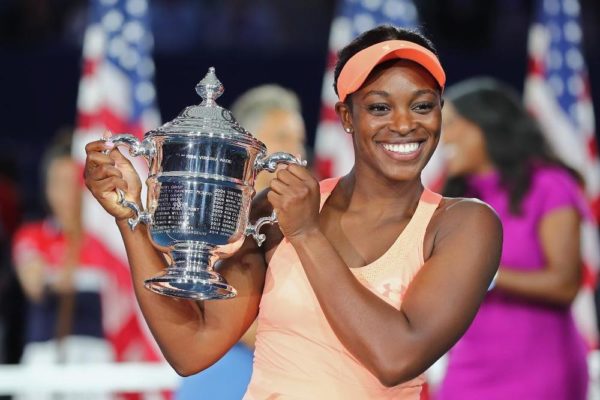 Congratulations are in order for Sloane Stephens after she beat Madison Keys 6-3, 6-0 in U.S. Open final to lift her first Grand Slam title.

Stephens, an unseeded 24-year-old, defeated no. 15-seeded Keys in their first ever US Open singles final.

Stephens, who just returned from a foot surgery in July battled Keys who had undergone two operations on her left wrist in the past 10 months.

According to NY Times, the duo have been friends since their junior days and have played on Fed Cup teams and Olympic teams together.

“I should just retire now,” Stephens said during the trophy ceremony. “I told Maddie I’m never going to be able to top this. I mean talk about a comeback.”

“To share this moment on court is just amazing. I’m so happy that Maddie and I were able to play in the final today,” she added.

Watch this emotional moment between Stephens and Keys after the match:

With the US Open title under her belt, Stephens will climb back from just inside the top 1000 to World No. 17 in the span of 5 weeks!

Witchcraft, Ghosts may be keeping Opposition in Power – Jacob Zuma