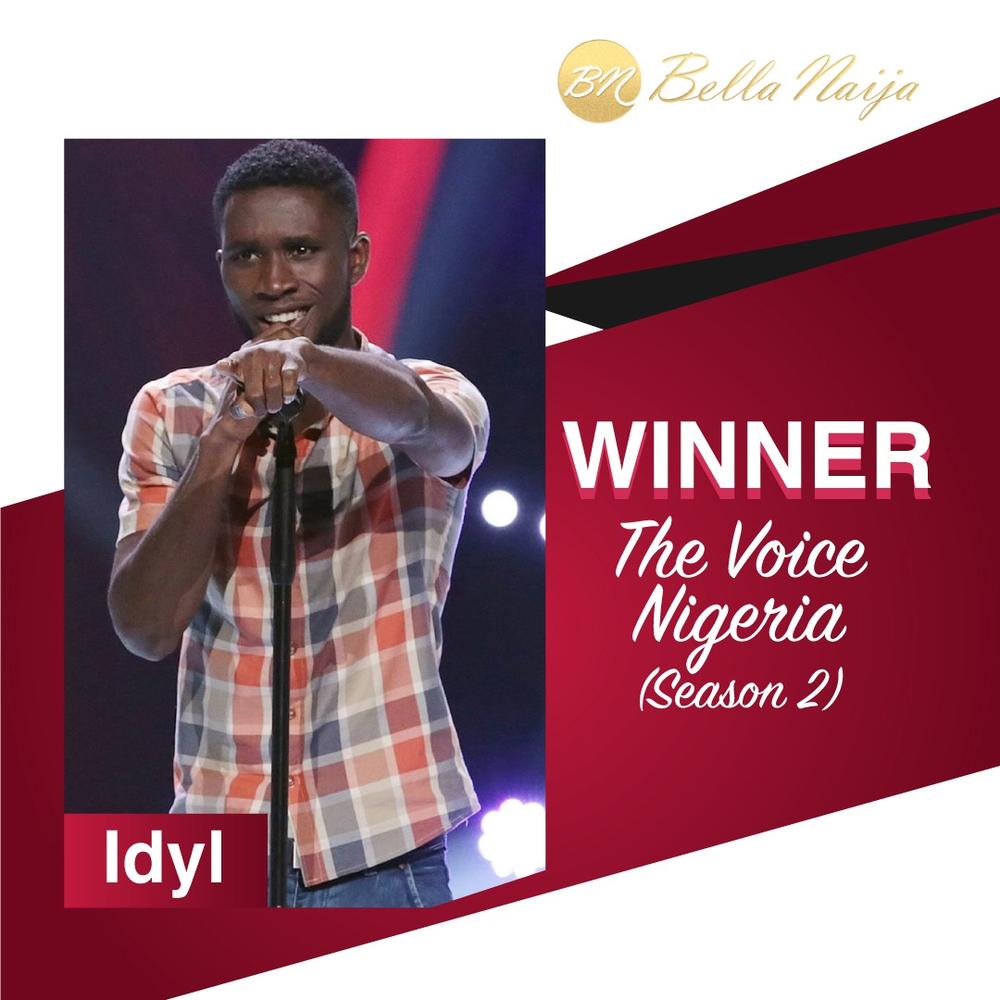 #TeamTimi‘s Idyl has emerged the winner of the second season of The Voice Nigeria following a very tense grand finale.

For the first round of performances;

#TeamTimi (Jahtell & Idyl) sang an unreleased song by Timi Dakolo “Find You There” for his friends Eric Arubayi & Belema.

For their next set of performances;

After the performance, Syemca and Wow were evicted leaving Idyl & Ebube as the top two!

For the final acts, Idyl performed John Legend‘s “This Time” while Ebube performed “I Am Your Angel” by Celine Dion.