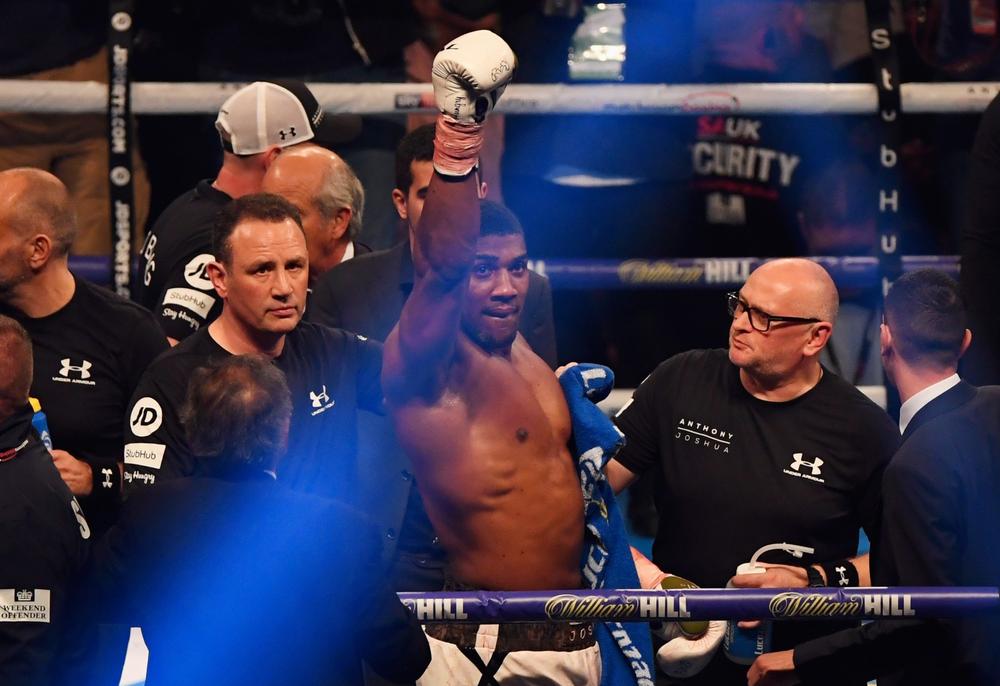 Anthony Joshua has extended his knockout streak to 20 after stopping Carlos Takam in the tenth round in Cardiff at the Principality Stadium.

He has now surpassed Mike Tyson‘s best ever streak which was 19 and is just one behin Frank Bruno‘s 21.

The win also means Joshua will retain his IBF and WBA heavyweight titles.

The stoppage has however been described as ill-timed by many observers as Takam was seen as being fit to continue the fight.

However, pundits say Joshua would have still emerged winner of the game.

I have no interest in what’s going on with the officials. I just worry about my opponent. Unfortunately, the ref stopped it. I think people wanted to see Takam unconscious on the floor, am I right?

He was getting there. I didn’t have control over the ref’s decision. We get the win and now we look forward to 2018.

Did you watch the game? What do you think.