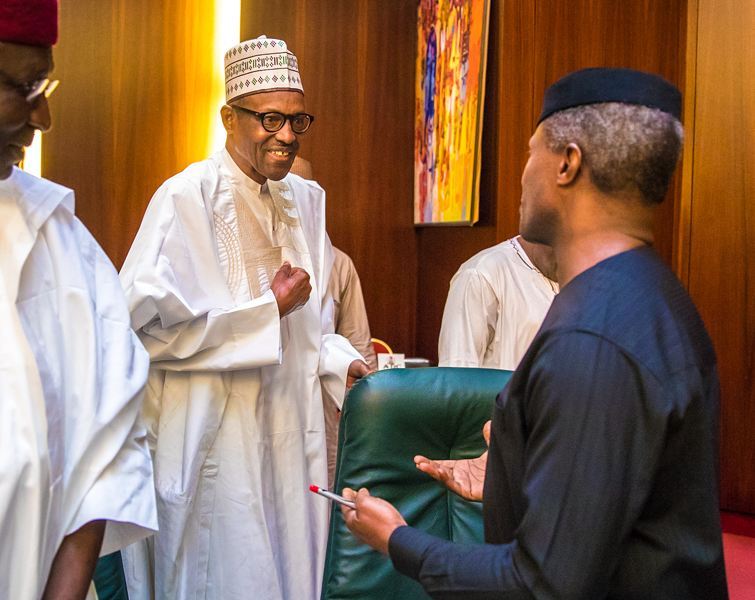 President Muhammadu Buhari has raised an alarm over the state of the nation’s prisons, noting that it is a national scandal that many prisons are overcrowded by 90 per cent.

The president stated this when he hosted a delegation of the judicial arm of government led by the Chief Justice of the Federation, Justice Walter Onnoghen, at the Presidential Villa, Abuja, on Friday.

He, therefore, stressed the need to put in place urgent new measures to speedily decongest the prisons across the country.

He stated that the call had become imperative not only in the interest of justice but to save the cost of prisons’ maintenance and boost the welfare of prisoners. He said:

We need a new approach to prison congestion. It is a national scandal that many prisons are overcrowded by 90 per cent.

Urgent new measures should be put place to speedily decongest the prisons not only in the interest of justice but to save cost of prisons’ maintenance and welfare of prisoners.

My Attorney General is advocating establishment of courts inside the prisons to speed up decongestion.

On review of the conditions of service of the judicial staff, the president directed the office of the Attorney General of the federation to take up the issue with the Salary and Wages Commission with a view to advising him for prompt action.

He stated that his administration was not unmindful of the challenges facing the judiciary, saying that the increased budgetary allocation to the judiciary in the 2017 fiscal year would be sustained.

Buhari lamented that huge sums were being spent on security, especially in the North East and Niger Delta regions, instead of meaningful development, to better the lives of citizens.

He, however, expressed optimism that God would touch the minds of Nigerians to be patient with the government in its efforts to transform the nation’s economy.

From 1999 to 2014, Nigeria has never realised so much resources since our independence, never, because the average production, go to any renowned financial or economic institution in the world they know Nigeria produced an average of 2.1 million barrel per day at an average cost of 100 dollars per barrel.

But when we came in it crashed to 37 dollars per barrel, and we looked saving and there was no saving.

So really, we have just started working and we hope God in his infinite mercy would give Nigerians the patient to tolerate us.

While commending the judiciary for establishing special courts to speed up trial for corruption and other criminal cases, Buhari said the stability of the country depended a lot on the Judiciary and Police.

He reassured the president that that the judiciary would continue to do its best for the country.