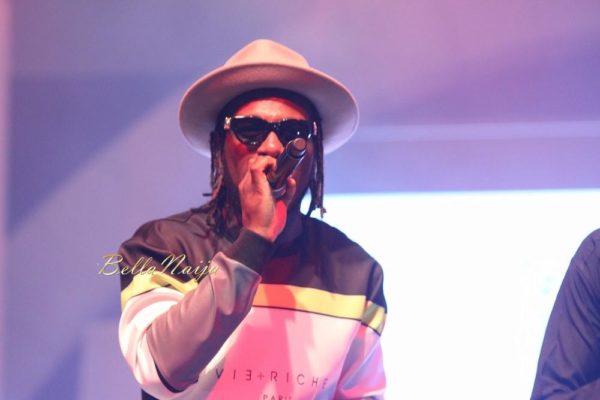 Burna Boy‘s team has revealed in an interview with Punch that he’s not on the run from the police, but is busy recording in the country.

The singer had earlier in the week been invited by the police over the robbery of singer Mr 2Kay at the “Buckwyld N Breathless” concert.

Mr 2Kay had been robbed at gunpoint in his hotel room at Eko Hotel and Suites, Victoria Island, after his performance at the concert.

Burna Boy’s road manager Joel Kantiok has already been apprehended and paraded by the police, along with 3 other suspects who claimed they were contracted to rob Mr 2Kay by the singer.

His record label Spaceship Entertainment had released a statement saying he has honored the police invitation, a claim the police quickly debunked.

In the interview with Punch, an anonymous source in his team said he isn’t on the run.

Burna Boy is neither on the run nor avoiding the police; he is not guilty. I cannot tell you his exact whereabouts but he is in the country recording.

Also, you should know that as the festive season approaches, demand for his services would be on the increase, so he is preparing for appearances as well.

Initially, when he was invited, he could not go to the station because of his engagements, so his father went to the police station in his stead. But now that the police have insisted that they want to see him personally, he would surely honour their invitation.

He is not guilty of the charges leveled against him.