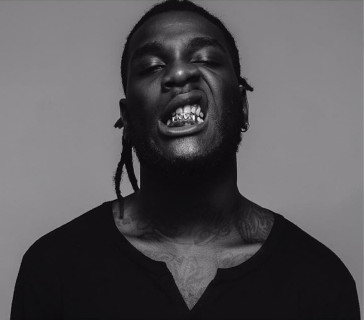 As the controversy over singer Burna Boy‘s alleged involvement in the robbery and battering of colleague Mr 2Kay continues, the Lagos state police has debunked the statement by his (Burna Boy’s) management that he honoured their invitation on Monday.

Mr 2Kay was robbed at gunpoint in his hotel roomat Eko Hotel and Suites, Victoria Island, Lagos, during the “Buckwyld N Breathless” concert where he also performed.

After some arrests were made, the police invited the singer whose road manager Joel Kantiok was among those arrested and paraded. Burna Boy was invited after some of the suspects confessed that they were contracted by the singer to “teach him (Mr 2Kay) a lesson”.

Burna Boy’s record label Spaceship Entertainment last night, released a statement saying he honoured the police invitation on Monday, adding that he has been cooperating with officers.

The police has however denied that claim in a statement released by the PRO of its Lagos Command Olarinde Famous-Cole.

The Lagos state Police Command would like to inform members of the public that Damini Ogulu a.k.a ‘Burna Boy’ is YET to report himself to the police and still on the run contrary to reports making rounds on the internet that the musician has honoured police invitation.

The command would also like to inform the public that only Burna Boy’s father, one Samuel Ogulu visited  the Investigating Police Officer (IPO) in-charge of the case with the promise to bring Burna Boy before the police.

The Command however uses this medium to urge Burna Boy’s father and relatives to do right by bringing the musician and turning him in to the police before the long arm of the law catches up with him. The command assures that justice will be done.