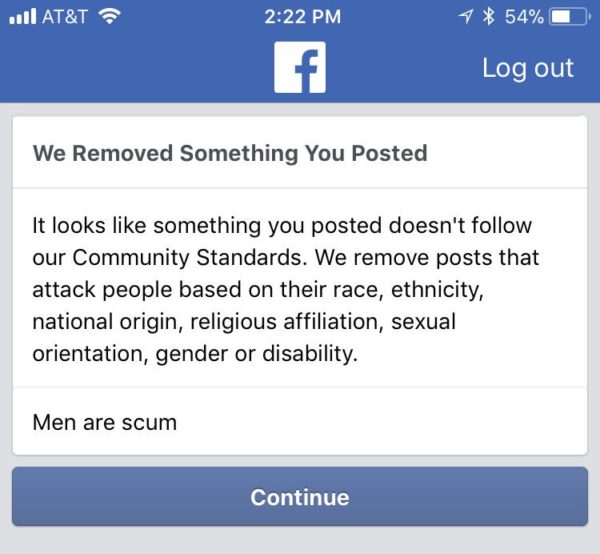 Facebook users have discovered that posting “Men are scum” gets them banned from using the platform, deeming it as hate speech.

She isn’t the only one. Comedian Kayla Avery revealed that she too was banned for posting something with the phrase “men are garbage files.”

Facebook, speaking to The Daily Beast, said the bans are a result of its moderating guidelines which removes threats and hate speech directed toward a protected group – which includes race, gender, religion, ethnicity and sexual orientation.

Dangote named one of Bloomberg’s 50 Most Influential People