Dangote named one of Bloomberg's 50 Most Influential People 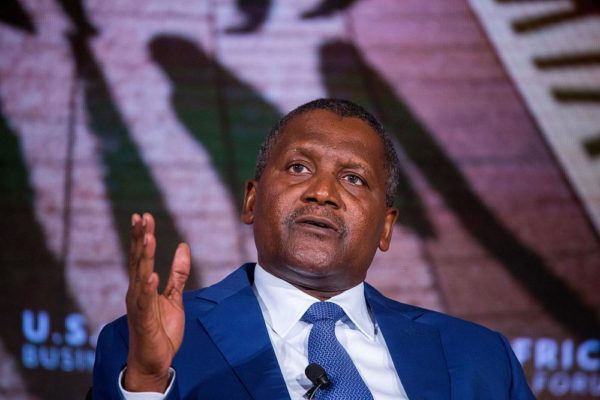 Aliko Dangote, Africa’s richest person, has been honored for his contribution to increasing local food production and reducing   food imports in Nigeria.

Dangote was among the 50 most influential people honored by Bloomberg for their contribution to humanity at Bloomberg’s Annual Gala Dinner in New York.

According to Bloomberg, he has been honoured for “his outstanding commitment of over 4 billion dollars to increase Nigeria’s food production capacity.

He was also commended for focusing on domestic production of sugar and dairy, with 500 million litres of local milk to be produced by 2019.

“What sets The Bloomberg 50 apart from other lists is that each person chosen has demonstrated measurable change over the past year,” Bloomberg Businessweek editor Megan Murphy, said.