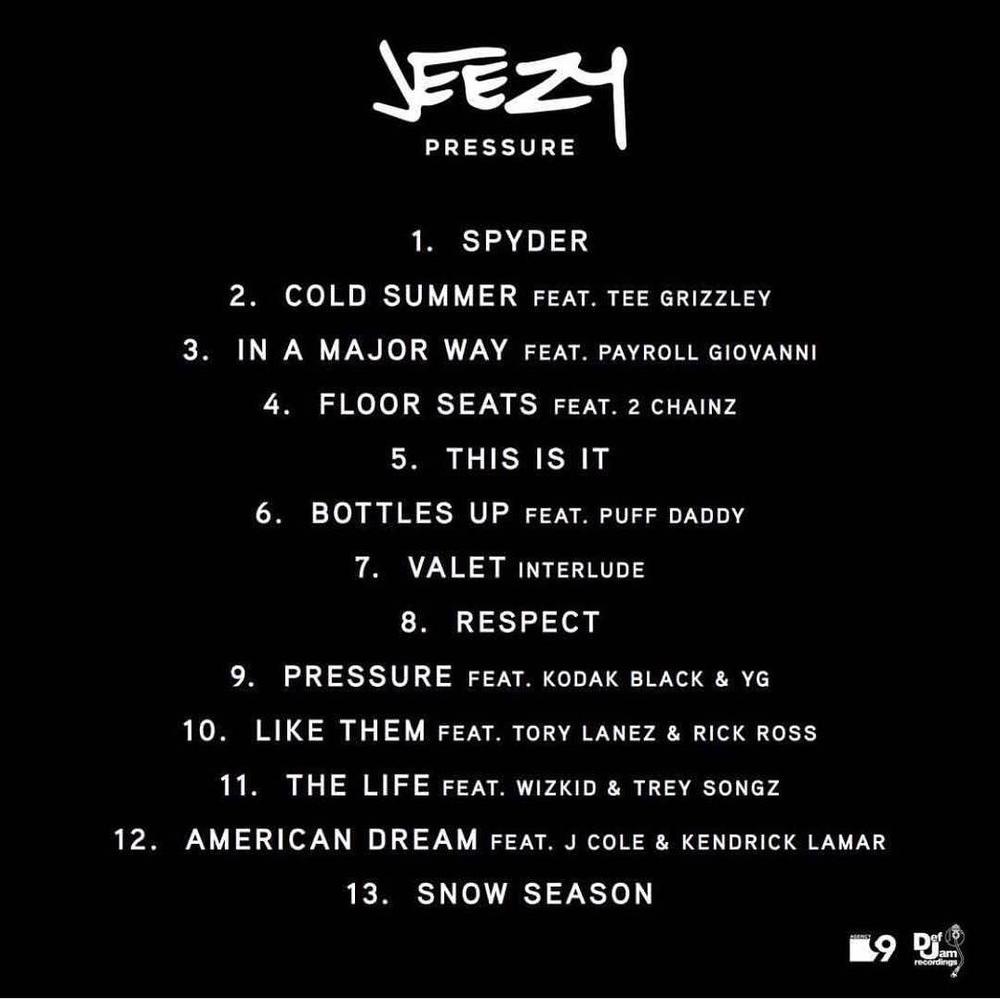 American rapper Jay Wayne Jenkins popularly known as Jeezy (formerly Young Jeezy) is set to drop his 10th album “Pressure” on the 15th of December and he has some very big names on the tracklist.

According to Complex, the album will drop on DefJam by December 15. You can however listen to “Cold Summer” featuring Tee Grizzley below.

Segun Arinze & Wife Julie are saying “Compliments of the Season”