The Adoption Series with Abimbola Adeluwoye: Adopt This, Adopt That 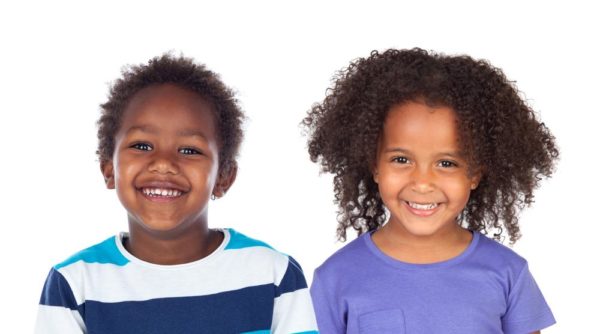 Do you know how the word “moron” got into the dictionary?

It was introduced by the Director of the Training School for Backward and Feeble-Minded Children, Henry Herbert Goddard in the 1900s, to potentially describe children whose birth parents could not or would not care for them and were consequently, destined to reproduce a host of menacing social problems from criminality, to poverty, to alcoholism, and sexual immorality.

His premise was that something was fundamentally wrong with parents who abandon their children, and it was so fundamental, it must have been passed on genetically to the children who these parents had put up for adoption.

I am writing this article to sound what I hope would be some caution. Any thing, any process, no matter how good, can be abused, hijacked and terribly misconstrued; even by people who mean well.

Goddard’s plan was to implement eugenics in the selection of children who should qualify for adoption to eliminate any future behaviors such as criminality and/or sexual immorality in the society. Much like Hitler did with the Holocaust and the Aryan nation. Just like white Jews did with black Jews in Ethiopia by sterilizing their women so there would be fewer population of black Jews. Just like every case of ethnic cleansing we have heard about.

We now know today that stealing, immorality, drunkenness are not the purview of any class. These attributes are not peculiar to anyone of high or low birth anywhere in the world. Just like Goddard’s highly faulty premise, led to horribly wrong conclusions, the question then is this: are you talking/considering adoption for the wrong reasons?

Nigeria is a start-up nation and it easy to want to jump on the band wagon of so many concepts that are still quite novel here, including adoption. While this may be so, it becomes necessary to take advantage of the start –up status that we have and ensure we do not make the same mistakes these advanced countries have made. We have to get it right as much as possible from the start.

Before we start touting the merits, please understand that we do not have a good support system for adoption in Nigeria and many people consider it, not knowing that it very well may be inviting havoc into your home. The government is very closed-mouthed about the topic. It is shrouded in such secrecy and shame, and even those that have been adopted deny being adopted.

There is no use in romanticizing adoption. Sometimes it works out, sometimes it don’t. What we should be truthful about is that adoption is not for everybody, because you may not make a good adoptee parent, or maybe because the child you have chosen is too damaged to care even if you are. What is lacking is a good support system for adoptee’s, and adopters alike. We can have everyone rushing to pick and raise a child of the state, just like Hollywood stars contributed to a rave of international adoptions. But are we equally trying to equip them with post adoption in the decisions made? The Government needs to partner with the private sector to build Institutes where particular studies on adoption can take place to help the increasing number of Nigerians who have adopted and also considering.

Some people approach adoption with a messiah complex and expect the child to be grateful to them for the rest of his/her life. Others smother the child with so much affection it’s almost sickening to watch. There is absolutely no standard to the love that should be shown to a child. But always look to your motives and if we are honest with ourselves, the giving and the showing will come with more sincerity and healing than we could ever imagine.

There is also tendency to coddle these children too much because of the past. Everyone has challenges. It’s almost as though life hands them out at birth. You and your child have to be careful that you do not make this business a crutch, but rather a platform that he can stand on and launch out, just as with every other person with a challenge in life.

Much like Goddard, you cannot stand at the end of a story and judge a mother or a father’s decision to abandon a baby in a home. No, don’t always assume it’s the mother; fathers abandon too. And no, none of that over-flogged rhetoric, are you God to judge? It’s more of a commonsensical poser; were you there?

Abandoning a baby at a Home may very well be the best decision for the child at the time. You have no idea what led to it and IT IS NOT always wickedness on a person’s part to have done so. What you can do is to pick the story from where you met it and forget who did what to whom. And if you are in doubt as to if abandonment has ever been a good option for a mother, Jochebed had to choose between sure death for her son if he had been discovered by the Egyptians; and hoping he might be saved by leaving him in a basket on water. He could have drowned before Mariam could save him. He may have been taken away by terrible people and sold into slavery but thankfully, he was picked by a princess. Believe me that mom chose that river deliberately.

There is no telling the cruel fate that a person avoids on behalf of a child by abandoning him in someone’s care.

I know I have spoken about infertility and the option of adoption. I, however, wish to add a caveat. Do not consider adoption to save your marriage. It may make the mix more volatile. An adopted child can rarely, if ever, save a marriage. It is not in the child’s or your best interest to adopt at this time. You need to push this from a place of stability. Both of the marriage and the two people involved.

Finally, I wish to make this call again. If you were adopted, or an adopter, or you work with the process on adoption and wish to share your story, please send a mail to [email protected] . It will be featured here and your identity will never be pried.

Your Better Self with Akanna: This Year, Do the ONE THING

BN Prose: All Liars Go To… by Nky Otike -Odibi