The Adoption Series with Abimbola Adeluwoye: The Spiritual Hangover 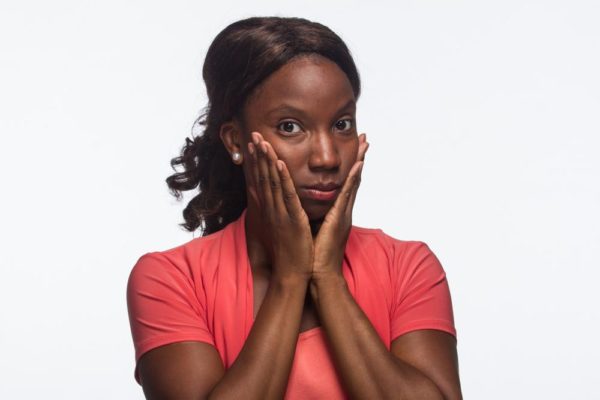 Pardon me as I wax spiritual in this post; but that is how the cookie crumbles today.

I remember the first time I heard Garth Brooks‘ ‘Unanswered Prayers’. It was one of those songs that was as poignant as the contemplative emotions it left you with long after the last notes were drawn out.

It always made me sit still, and think about all those things that I wanted, chased frantically, plaintively; wondering why they were never mine. I would quote scriptures, prophesy actively, seek counselling, and ensure I was not failing in any personal regard. I fasted and prayed (well prayed more than fasted). Yet, in the end, the hands that knelt seekingly before God, would leave broken and empty handed.

I remember my Pastors, Mr. & Mrs. Aaron. Mr.  Aaron had some personal issue which Mrs. Aaron felt he was not handling well. She decided to pack her things and head to the Camp where she intended to embark on a cocktail of praise, worship and fasting and prayers; determined to leave with an answer from God.

The Holy One wasted no time; for that very night, she had a dream. In it, she was standing next to Mr. Aaron and there was this wall some distance away from them. Mr. Aaron was holding a glass cup which he threw against the wall. It glanced off the wall and fell to the ground, still intact.

Mrs. Aaron decided she had a better pitching arm than her husband. She went and picked up the glass cup. She then ran about hundred meters away from the wall and like a well-practiced athlete, started towards it. With a loud shriek, she flung the glass cup with all her might.

Now you have to understand Mrs. Aaron. She is sturdier, well-built and prettier than her husband. She eats very well and doesn’t take nonsense, having raised 4 (four) children who are very married. She also survived the Biafran war, even when she slept through a bomb raid.

But the glass cup did not know her, as it fell unceremoniously to the ground, as intact as ever, just as it had with her husband. Mrs. Aaron is also a very practical person, for the following morning, without further ado, she packed her things and left for Lagos.

As painful as it might be for some of us to accept, not all of us are called to have biological children. I realized this early in life, not because I have tried to have children and could not, but because I realized that parenting is far larger than the ability to birth children. Like Toolz said once on Ndani TV, “It takes a village to raise a child”.

The bible teaches that the blessings of God maketh rich and adds no sorrow unto it. Marriage is a blessing, so why does He add sorrow by not giving children? Children, are a blessing so why do they perish while in the womb coming out as lifeless blood? Or worse still, why does He decide to bless with just a child, who He removes from earth some time after.

Some of us have stayed glued in the place of prayer, our knees forming rounded groves into the ground, petitioning God, not knowing that our requests might not be acceptable. He stands gently to the side, waiting for you to look up and see where He points. He doesn’t cajole, He doesn’t hurry, yet He waits. The question is, will you look up?

The Christian’s life and walk is not an ordinary one. Many of us do not understand it. But one thing that you know real quick is that it costs you everything. It draws out the very essence of you and replaces it with, well words fail me now, but what keeps coming to my mind is live wire. You are startled out of your proper sounding plans and nothing happens just because, even the ones that bring you pain. You are drawn and exposed to a world that is far larger than the joys and sorrows you carry.

I will be the first to admit that adoption is not for everybody. Real adoption comes with an ability to laugh at yourself and take to look at your faults and weaknesses and not hold them up defensively. This is because adoption tests you so hard, as your child will always wonder about his birth parents which some egos cannot stand. It also helps to build patience and self-love in you and you always know here your responses are coming from.

No; you may never ever feel what it’s like to hold your baby for the first time, barely washed from all the fluids in his first home; no experiencing those kicks, morning sickness, night sickness, ante natal, post natal, colic, first tooth, first words, first many baby things. Nothing will ever replace that because it is not meant to. Those memories do not belong to you because they were not shared with you. But you have his/her whole life before you. Will you let what you did not have dictate what you can?

Men of the cloth, you preach a lot about God. I like Him because he never shows up the way you expect Him to. He was a king, but He was born in a manger, He was of the line of David, but He was nailed between two thieves, and when He told Elijah to go stand on the mountain as He was about to pass by, He was not in the wind, the earthquake or in the fire, He was the still small voice.

The light of His love for us is not one dimensional. It is a kaleidoscope of colors that bursts into millions of miniature lights, all combining to form something beautiful. It is very much the same way He answers the prayers of your expectant congregants. They will not all thread the same path to motherhood or fatherhood. Preach adoption. But most of all, encourage it.

It is not a lack of faith in God to adopt a child. It is not an admission of failure on your part or God’s. It doesn’t mean that you have ceased to believe or that your Christianity is called to question. You will not bring His wrath upon you or your household. He will not stop answering your prayers or become vindictive towards you. Why will He do these when you dared to love a child no one else wanted? Why should He do these when the fabric of Christianity is the gospel of adoption?
“Remember when you’re talkin’ to the man upstairs

Some of God’s greatest gifts are unanswered prayers”

Garth Brooks, Unanswered Prayers from the Album “No Fences”, 1990.

Amaka Obi: Who Cares About My Problems? A Campaign for Professional Counselling in Nigeria

Luz Tak: About the Time a Business Meeting Turned into Field of Insults