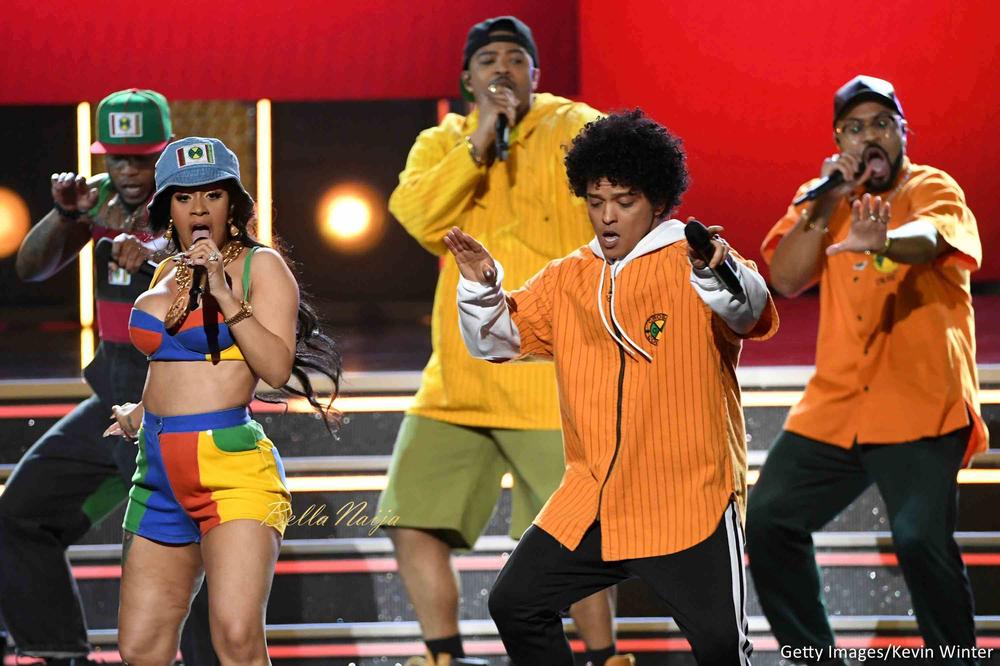 Still buzzing from all the excitement of the 60th Grammy Awards, we bring you some of the top performances of the night.

Most outstanding was Cardi B and Bruno Mars‘ performance of Finesse. Sam Smith also gave an amazing performance of Pray while Elton John and Miley Cyrus performed Tiny Dancer.

Kendrick Lamar also impressed with his performance as did the trio of DJ Khaled, Rihanna & Bryson Tiller with their Wild Thoughts performance.

In case if missed he killed it Kendrick’s powerful performance?? #GRAMMYs pic.twitter.com/YcQMP6O6L5“