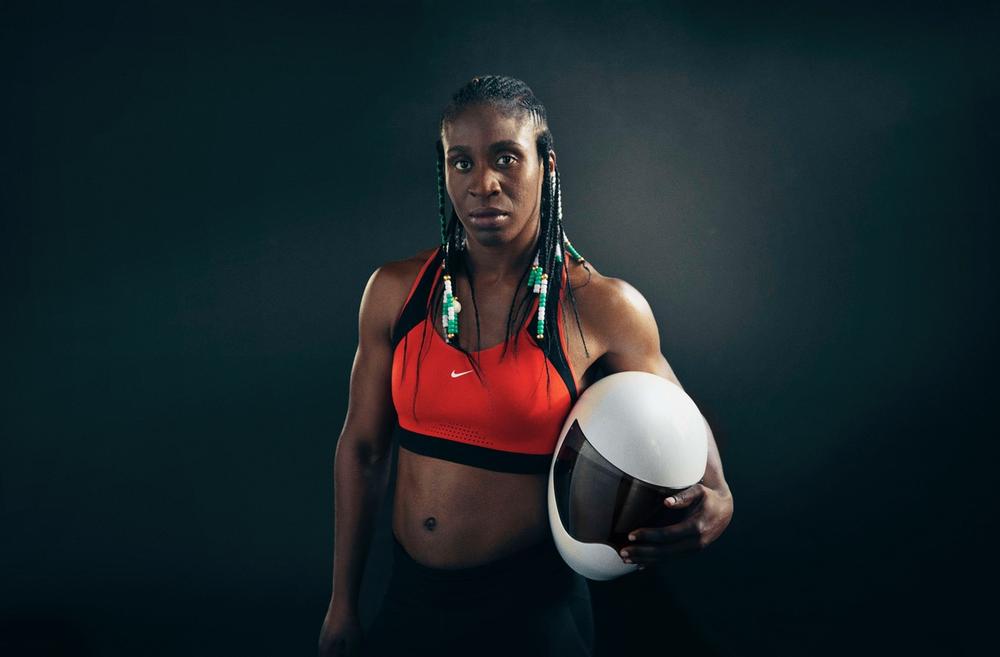 Nike’s new short film ‘Forever First’ celebrates the power and mindset of Simidele Adeagbo, who is Africa’s first ever female athlete to compete in the winter sport of skeleton and qualify for the Winter Olympics this year.

Simi makes her return to international athletics after being in retirement for nine years and recovering from setbacks and losses, most notably after missing out on the 2004 and 2008 Summer Games as a track and field triple jump athlete.

She will be part of the Nigerian Women’s Bobsled and Skeleton team heading to PyeongChang, and participating in a sport that is almost unknown to Nigerians, because it has never snowed in Nigeria.

‘Forever First’ chronicles the spirit of a relentless athlete in pursuit of competing at the highest level in sport while breaking barriers and re-writing history.

Narrated by awardwinning author, speaker and digital strategist, and fellow Nigerian, Luvvie Ajayi, the inspirational message digs deep at Adeagbo’s inner voice to push the limits and just do it.

“At Nike, we believe in the significance and legacy one can leave behind through sports. ‘Forever First’ is a film that will inspire others to follow in Simi’s history making tracks; she is the first and we hope she won’t be the last to do the unthinkable. At Nike, we are proud to have a culture that fosters the power of sport inside and outside the doors of the brand.” says Alissa Jenkins, Brand Director, Nike South Africa.

BN Style: Osas Ighodaro Ajibade on her Body, Tips for the Perfect Blogger Pose, the Hottest Sunglasses & Bags this Season