This video of Donald Trump is Causing Confusion 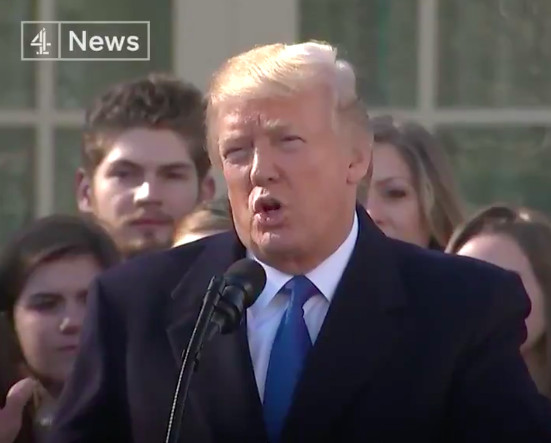 US President Donald Trump made a gaffe while speaking at the antiabortion rally “March for Life” that’s got the internet talking, as usual.

Giving a speech at the event, Trump said, “Right now in America the child is born from his or her mother’s womb in the 9th month and it is wrong, it has to change.”

It has been said that it is possible the US president intended to say, “torn,” but that also would have been wrong.

Trump, according to Guardian, is the first sitting president to address the annual event.

This is Donald Trump speaking at the March For Life complaining babies are being *born at 9 months.

He may have meant *torn. But that's bullshit too. pic.twitter.com/jru7JFLHOM

Your Dreams are Valid! Pearl Wats discusses her Passion for Acting in the Malta Guinness Goodness to Greatness Campaign