#BBNaija – Day 12: Back on Track, The Truth about Bamteddy & More Exciting Highlights 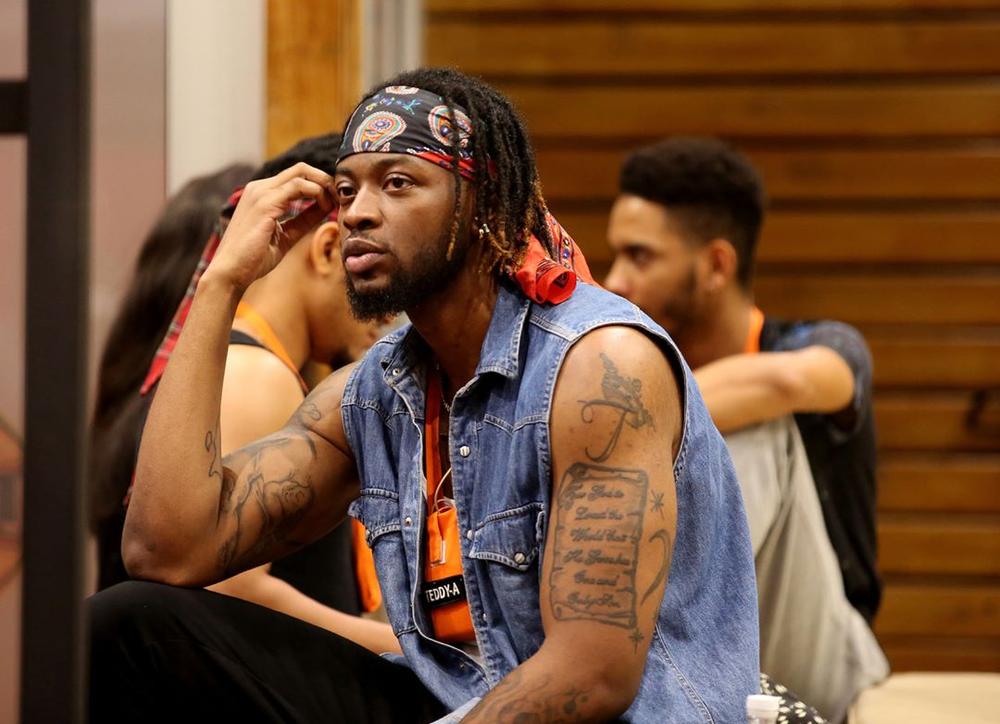 Did you watch day 12 of the Big Brother Naija 3 reality show?

Under the weekly theme ‘Be Humble and Learn’, Biggie took it up a notch by teaching Housemates some martial arts. It was quite a jolly exercise to watch for not everyone in the House has a perfect sleight of hand.

Injure One Injure All

Perhaps it came as no surprise that those who had stayed up late at night to share conspiracies struggled the most during this exercise; even the very athletic Angel.  Housemates have entered into a turbulent zone and are riding through the wave. So far no major casualties have been reported since K.Brule’s moment, but the biggest relationship shake-ups have also left serious dents in the House.

Biggie gave the green light for Housemates to speak their deepest minds out to each other. Suffice to say it turned into a perfectly orchestrated carnage, the consequences of which will unfold as we watch. The most ignited splinter took hold of the House when Housemates held nothing to guesswork and spoke all, leaving the archives completely empty. The ever so creative Bitto even went as far as coining the name ‘Delilah’ for Cee-C. We all know what that means; Tobi is deemed to have lost his ‘game’ to Cee-C’s charm.  Biggie then pushed the envelope further when after days of effort for their Tasks presentation, he crushed Housemates hopes by declaring they had lost the Wager due to ‘unruliness’. Upon learning of their defeat, Biggie placed the cherry on top of the bittersweet cake and mentioned that upon every loss of the Wager,  the price of  food items in the store will increase, therefore reducing their buying power. Housemates retreated back into the House to devise new ways to nail their games.

It was clearly difficult for the Housemates to decide on which wounds to nurse, the lost Wager or the painful truths revealed about each of them. Nonetheless, the train had to leave the station, even though some still had one foot outside. Cee-C, or should we say ‘Delilah’ seemed to be the most shattered of the bunch and took it out on poor ol’ Tobi while the rest took to their corners and talked their sorrows away. The truths revealed will affect friendships in the long run and how that affects each pair’s game is deeply hidden in the library of time.

With all this drama, do you think the Housemates will be able to regroup and find their path

See Me Now, Cebi No More

Just when we thought we’d seen all the drama Cebi (Cee-C, Tobi) could give, the pair keeps adding on layers of romantic controversy; so much so that the other Housemates now fail to look the other way.

Thanks to Biggie’s not so conventional ways of forcing the tables upside down, the Tell All Task was the source of Cee-C’s many silent tantrums. Especially the part where Housemates said it was difficult to gist with Tobi due to him always being glued to Cee-C. This sparked a flame, but what fueled it was Anto mentioning how the world didn’t revolve around queen Cee-C and Bitto calling her ‘Delilah’. These are certainly blows many would have liked to deliver.

A Need but Not a Want

If this relationship was a shape, we’d all struggle to name it. Although Tobi tailed Cee-C and insisted that they remove the weeds from their paradise and move on, he also told Lolu that if he was his usual self in the House, he probably would have flirted with half of the girls. He has never spoken about his feelings for Cee-C to anyone in the House, at least not in depth. Does this sound like a man madly in love or a sharp-tongued strategist? On the other hand, Cee-C blatantly rejects Tobi yet she seemed very concerned when Tobi deviated his attention from her. According to her, he exerted a weird energy because of what the other Housemates said and that was the wood that added to the fire and she seemed to be very affected by all the negative comments made during the Tell All Task. Is that the behavior of a woman caught up in flattery or that of a strategist? The Cebi situation might not be as romantic as it looks.

After the throwing of silent tantrums and endless apologies, it seemed as though peace was restored. So much so that when Dee-One told Cee-C that she should try glue them the way she’s glued Tobi, she simply responded by mentioning how much of a man Tobi was for displaying his emotions. It ended up rosy once again as they disappeared into the ‘palace’ together, but will they manage to keep this up?

K_Square to the Power of Infinity

If Biggie had to host an awards ceremony, Khloe would definitely get an award for being remotely dramatic and loud and as for K.Brule, he’d definitely bag the ‘most curved’ and ‘most despised by you partner’ awards. However, they seem to have acquired a different type o glue to keep K_square intact.

It’s no secret that the two have been playing Tom and Jerry in the House, with insults thrown in here and there by none other than Khloe and K.Brule being rather receptive, almost alarmingly so. The desert couldn’t have been dryer when Super K.Brule pulled the flying stunt and scored them the first Strike of the season.

Khloe has been the talk of Big Brother Town for a minute now and it hasn’t been pretty as she’s the Housemate who’s had the most brawls by far; motives varying from being over-opinionated, saying the wrong things and wait for it… food. She’d been throwing punches and hanging on that ‘I don’t care’ tip. Her behavior has been so controversial that it almost looks deliberate.

K.Brule might as well be labelled the calmest guy in the House because he’s been served a bottle of sauce which he’s swallowed whole. Webbing through Khloe’s disrespect, handling the shame when Anto rejected him and carrying the Strike burden. But ever since Biggie announced the Strike, he basically curled into his shell and sealed the entrances, literally going mute.

Just The Two of Us

Fast forward to today, after K.Brule decided to crack his shell open and put Khloe in her place, telling her to stop screaming at him and calling him stupid; she seems to have a new found respect for her partner. They sat cozily and awkwardly exchanged kindness today, proving that Khloe must having been putting up a front and turning off her emotional side because by the looks of things, K.Brule seems to be willing to give this pair thing another shot and she isn’t objecting it at all. She even mentioned what a nice person he really is. Could it be that asking K.Brule to man up and stand his ground is a sign that Khloe might be interested in igniting a romantic spark? The possibilities are endless.

Teddy A and BamBam are both well liked and beautiful to look at, they clearly love each other’s company and share a general good vibration, so why have they had such trails and tribulations within their paitring?

The Timeline of Trouble

It all started during the pairing. The moment BamBam chose Teddy A as her partner, it was almost a given that sparks were going to fly between the two but what has transpired since has been a rather rocky road. Last week Saturday during the party, instead of getting close on the dance floor, BamBam could be seen on her own outside grooving, while Teddy A got in the mix inside. That night, after the drinks stopped flowing and K.Brule was done with his wild antics, they had an argument in bed. BamBam turned her back on Teddy A while he proceeded to tell her that “what happened in the House, was just what happened in the House” basically stating that it was not real. This is a game after all. Over the last week BamBam has done her best to act aloof toward the situation but after yesterday’s humility Task, all the truth came to light.

It’s as simple as this, Teddy A has been open about the fact that he has a girlfriend outside the House. He has stated on many occasions to BamBam that he is not looking to catch any feelings in the House, he is looking to have fun and play the game to the best of his ability. BamBam has tried with all her might to accept this harsh reality but her struggle lies in the fact that Teddy A sometimes acts like he wants more. His charming, affectionate moments clearly melts her heart so why then does Teddy A do it? There are clearly emotions involved and as much as he just wants to have fun, it’s evident that BamBam is interested in more than just a strategic alliance. The cause for all of this is unmet needs from both parties and a lack of communication to try and solve them.

Yesterday’s humility activity obviously brought about many of the Housemates’ true feelings towards each other but there were few moments as tense the ones centered around BamTeddy. Anto addressed Teddy A’s behaviour head on, basically outing him for his mixed signals. Leo also came for him and said that he didn’t like how “cold” he could be towards his partner and even what they both had to say to each other during the activity was not the most unifying of events.  This was definitely a catalyst for BamBam who could be seen at multiple moments today, voicing her frustrations to her fellow Housemates.

Will BamBam cave in eventually and give in to Teddy A’s temporary charms? Or will they part ways in a bitter dispute? What do you think about all the turmoil?

Have you been watching? What did you think of the Day 12 activities?

Anticipating Black Panther’s Premiere? Leadway Assurance is Giving Out Tickets for FREE | Here’s How to Win