President Muhammadu Buhari on Monday met with the rescued lecturers of the University of Maiduguri (UNIMAID) and Police Officers’ wives at the presidential villa, Abuja.

The rescued persons had been under the custody of the Department of State Service (DSS) in Abuja where they were examined by a team of doctors and psychologists.

The rescued lecturers were abducted by suspected Boko Haram terrorists in Magumeri, Borno, while the police officers’ wives were kidnapped in a raid by the militant group on a military/police convoy on Damboa road, near Maiduguri, in June 2017.

Their release comes after series of negotiations, according to an earlier statement issued by a presidential spokesman Garba Shehu, which was facilitated by the International Committee of the Red Cross (ICRC) in line with presidential directives. 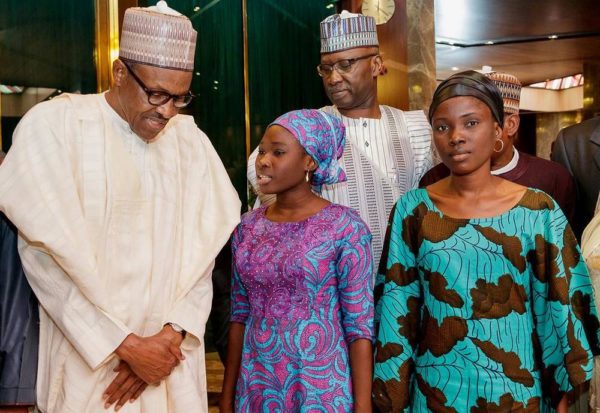 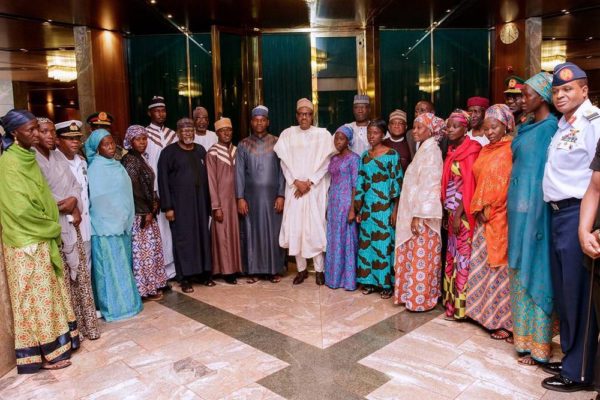 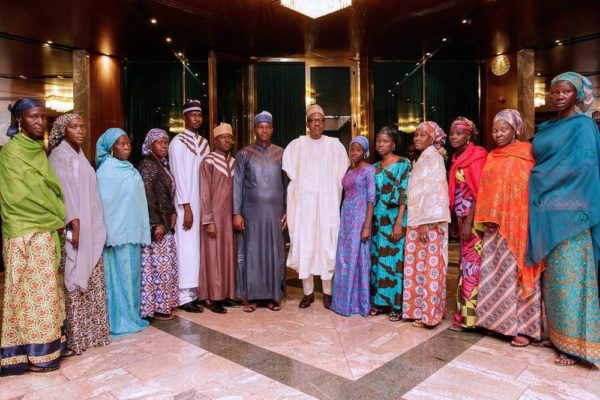