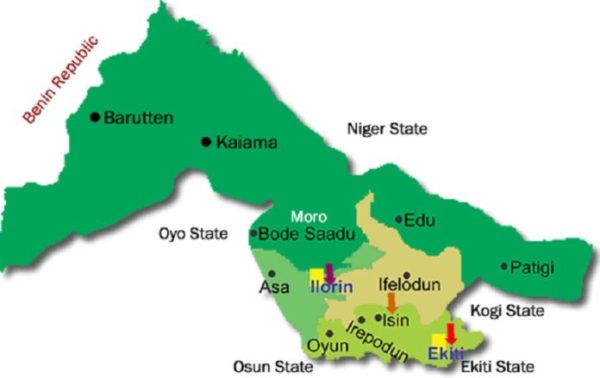 In a statement released by Abdulrazaq O. Hamzat of Kwara Must Change, it was revealed that some of their members had quietly renounced their citizenship.

Hamzat blamed the lack of basic infrastructure in his statement.

Residents of the local government, he revealed, have to travel to Saki in Oyo State, or to Benin Republic, to receive medical treatment.

Neither the state, nor the federal government has positively impacted the local government, he said.

He added that during campaign season, the senators running to represent the district and the gubernatorial candidate often make campaign stops, promising to fix the town. However, once elected, nothing is done, he said.

Kwara Must Change wishes to bring to public attention, the unfortunate situation in Baruten Local Government Area of Kwara State that has made the people renounce their beloved Kwara State.

When going to Baruten, one has to travel a long distance to neighboring Oyo State before connecting back to Baruten Local Government. However, apart from Oyo State, one can as well travel to Benin Republic and come in through the other axis.

Although, Nigeria’s border road to Benin Republic located in Gwanara district of Baruten Local Government is stinkingly terrible, not withstanding, one can still use it at grave discomfort.

Few days ago, some members of Kwara Must Change residing in the local government confided in us that they have since lost hope in the Kwara State government and have silently renounced their Kwara State citizenship due to absolute neglect.

I am from Baruten local government, in Gwanara district specifically. We call ourselves citizens of Benin Republic because we are not sure if we are part of Kwara state. From Gwanara, we travel to Saki in Oyo state for medical treatments and some even die on the road while going. Others go to Benin Republic for medical treatments too, because we really lack everything at Baruten especially Gwanara district.

It is important to note that, the Kwara State governor, Senator representing Kwara North and other office holders often go to Baruten during electioneering campaigns. When they go there, they make all sorts of promises, but after getting into office, they forget the people.

We contend that, If government cannot build ordinary road into Baruten local government, how would they provide schools, medical facilities and other infrastructural developments?

Kwara Must Change is hereby calling on the Kwara State government to tell the people of Baruten their fate, whether or not they remain part of Kwara and Nigeria in extension.

Missing #DapchiGirls: “We are sorry that it happened” – President Buhari