Oil Mogul and the richest black woman in the world, Folorunso Alakija has been trending on Twitter all day after tweeting that the oil bloc on which she started her company was received by “faith” when no other company wanted it.

Twitters users seem to be divided over the tweet as a particular faction seem to believe she got the oil bloc as a result of her connections while others are content to “tap into the blessings” as well. 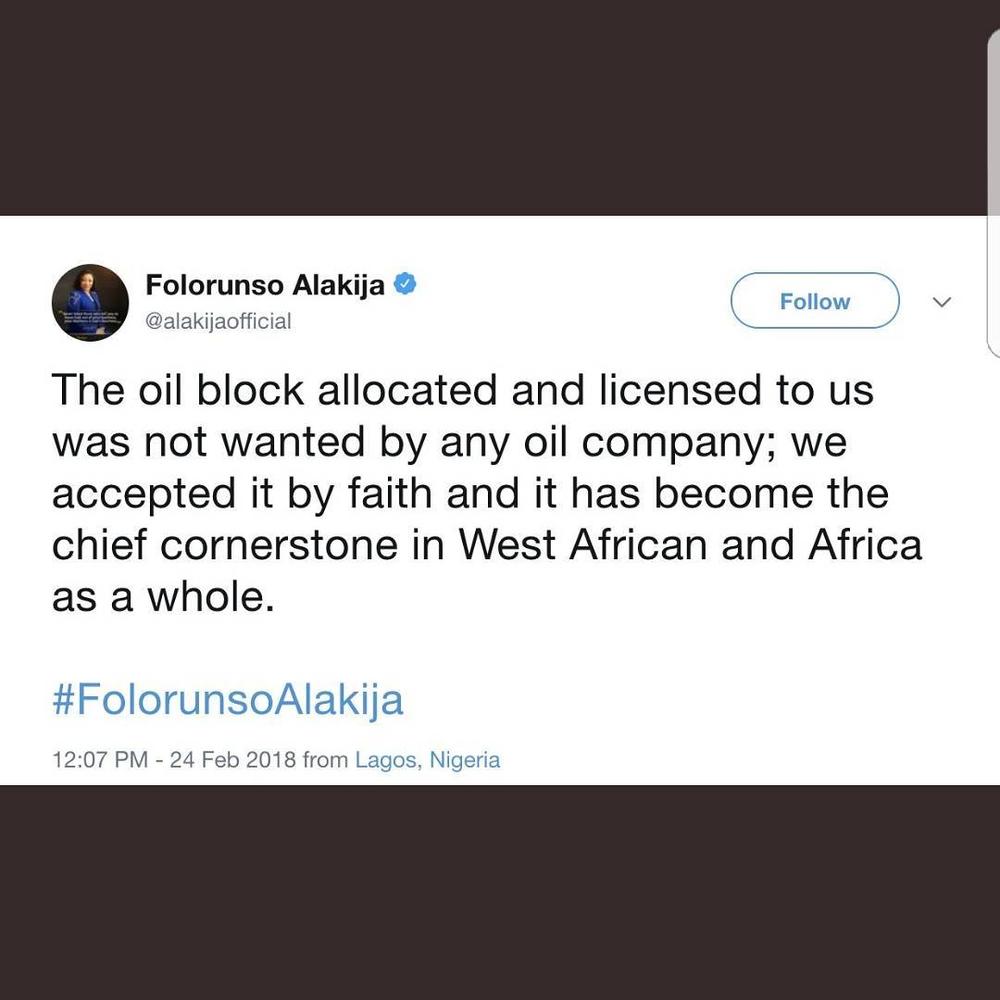 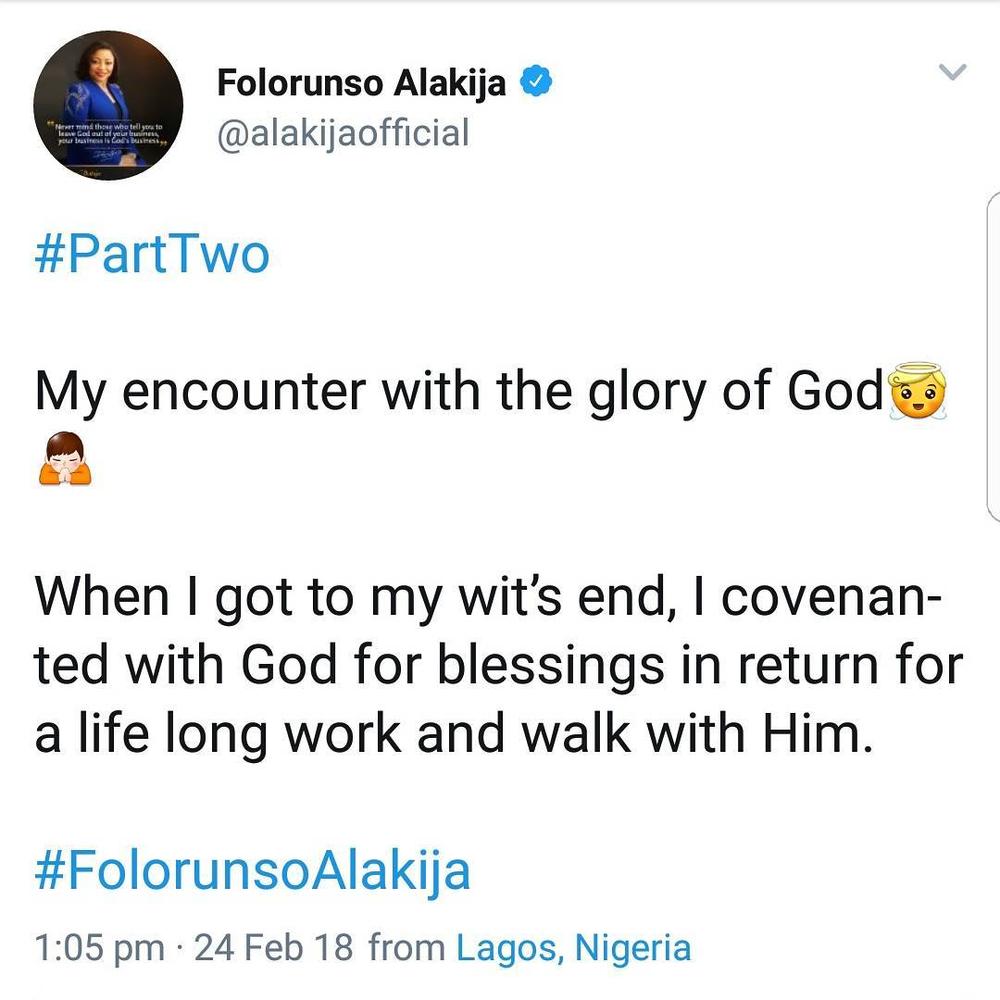 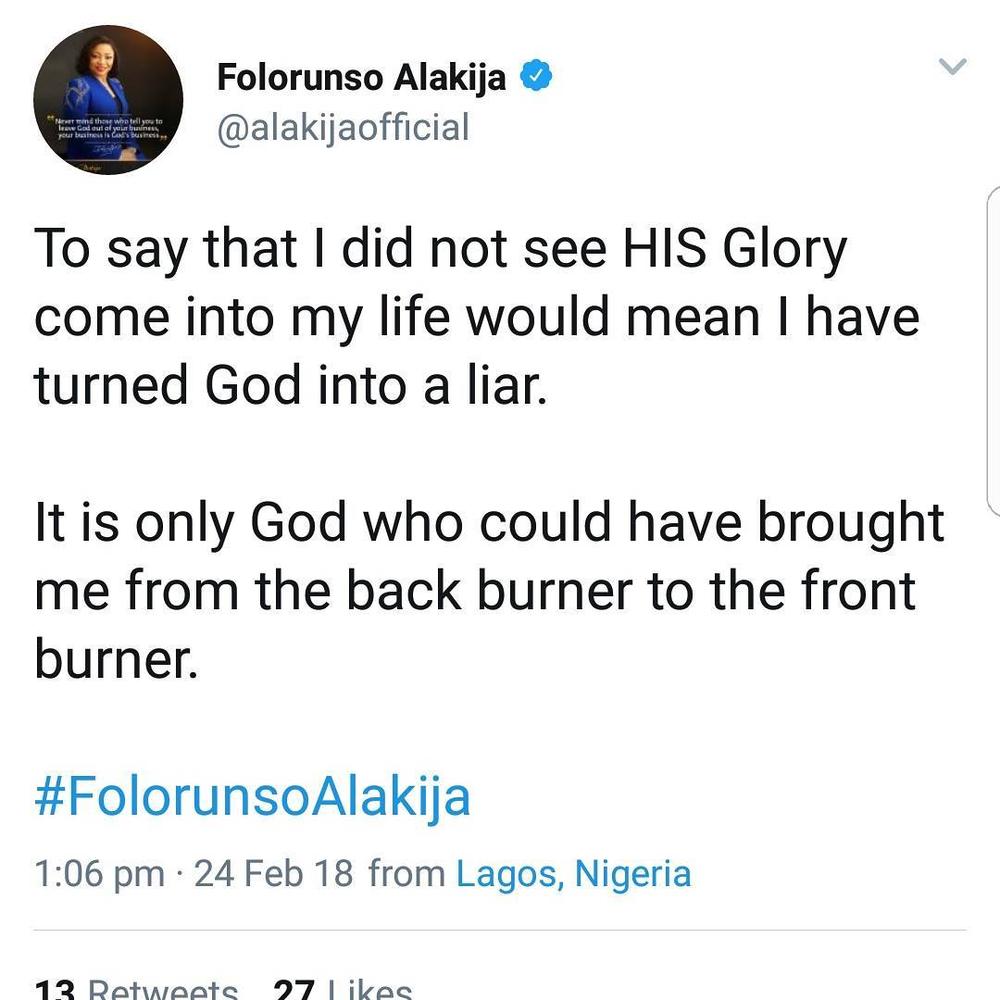 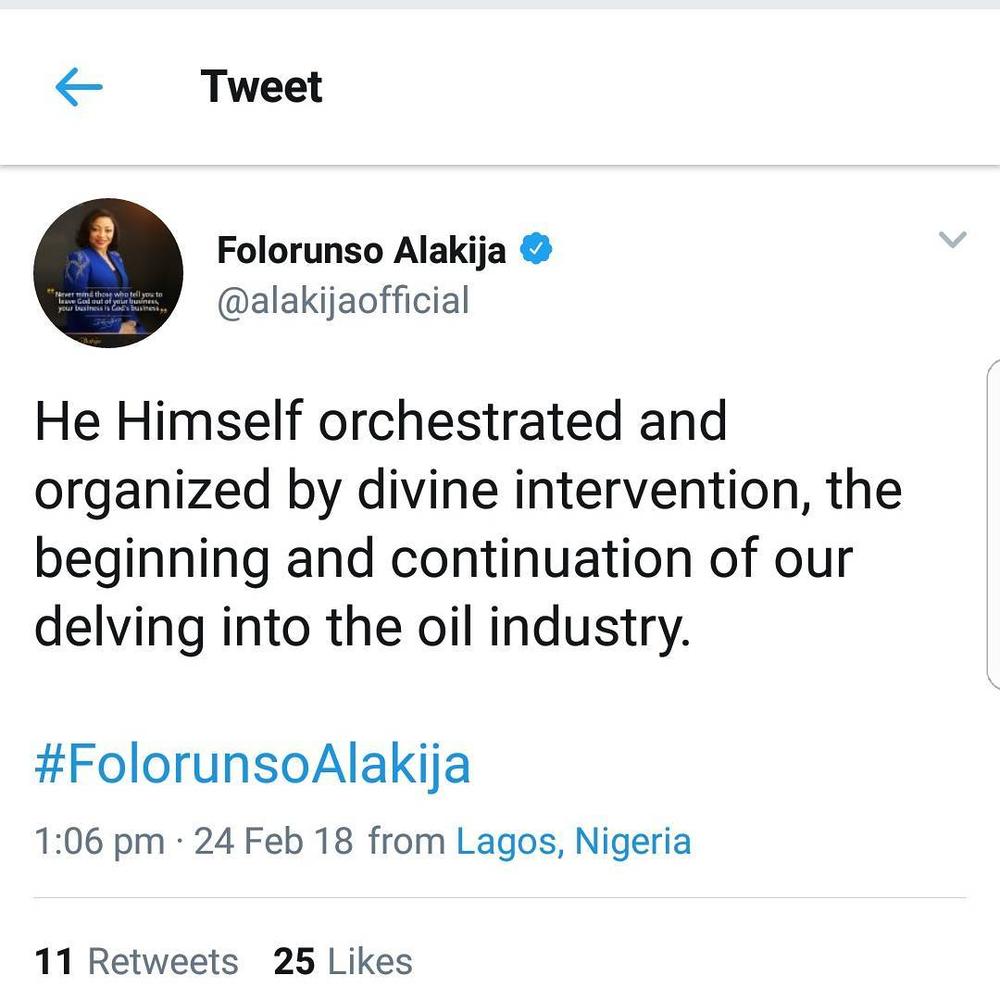 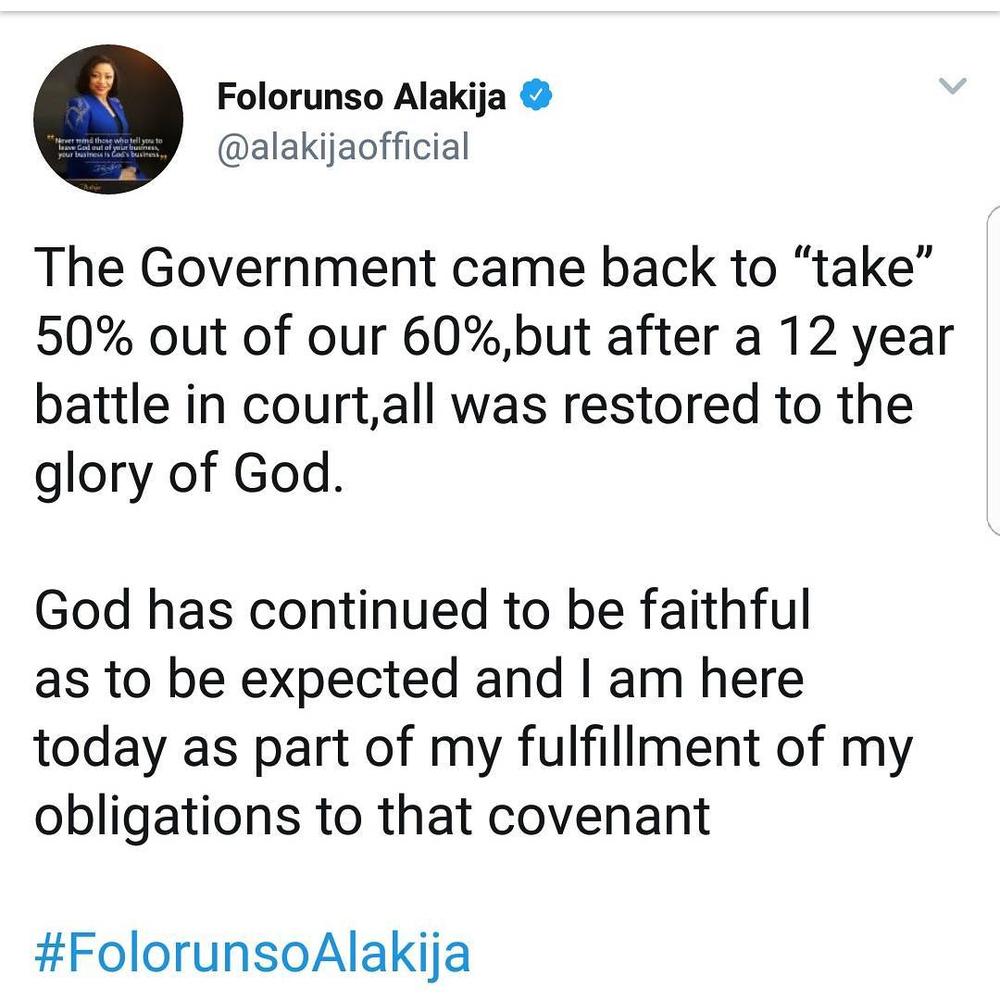 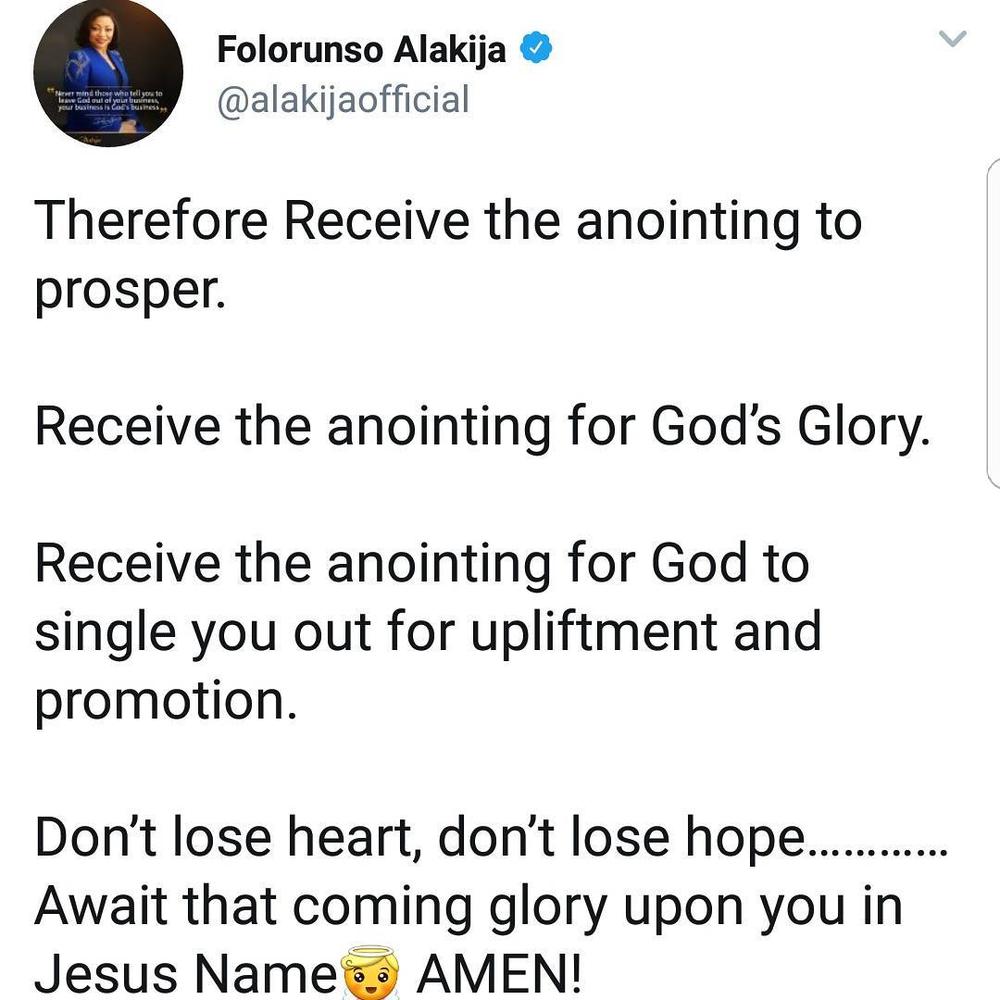 Read some responses to her tweets below:

The God that gave Alakija oil bloc by faith should give me Canadian VISA by faith ?

I have no issue with Mrs Alakija’s Oil bloc she received by faith.

The problem is Nigeria’s system that allows head of state to dash people a Nation’s resources.

So Madam Alakija was given an Oil bloc and so fuck what
Same people that use connections to get jobs and the likes are angry at Mrs Alakija.
She got the oil bloc&was diligent with it
Rather than build ur network so people will hand you lifelines ure here trying to belittle her

I don’t get why Folorunsho Alakija constantly feels the need to convince us she worked hard for her money.

Ma’am, you’re almost 70. Enjoy your money and be alright.

This was Mrs Alakija’s Forbes Interview.

Her oil licence was duly paid for so please show me where she was gifted pic.twitter.com/qq2q9eLJ3c

Folorunsho Alakija became a billionaire without a university degree but with the right CONNECTION.

Let’s not deceive ourselves. Having a university degree is IMPORTANT but having the right connection is IMPORTANTER.

I pray God connect us all to the right person. https://t.co/tQahJ8fFLk

I know I’ve been cheeky with Mrs Alakija in the past.

But let’s the honest,

She isn’t the only one that benefited from an oil bloc.
Why don’t we drag the others as well?
Is it because she maximised it the most or she’s the most visible or she’s the richest woman in Africa?

That oil field Alakija accepted by faith is one of the biggest oil fields in Africa.They call it Agbami, ask your Yoruba friends what Agbami is in English…. Producing over 500,000 barrels per day

Folorunsho Alakija – I became a billionaire without having a University Degree.

Me – Bull. You were given an oil well.

These rich people need to shut up a bit.

Mrs Alakija just needs to keep her rich self off twitter. We are a tired and unemployed bunch, we don’t need you to defend the fact that an oil block was handed to you for no other reason than being the seamstress to a First Lady. Miss us with the bullshit Mrs.