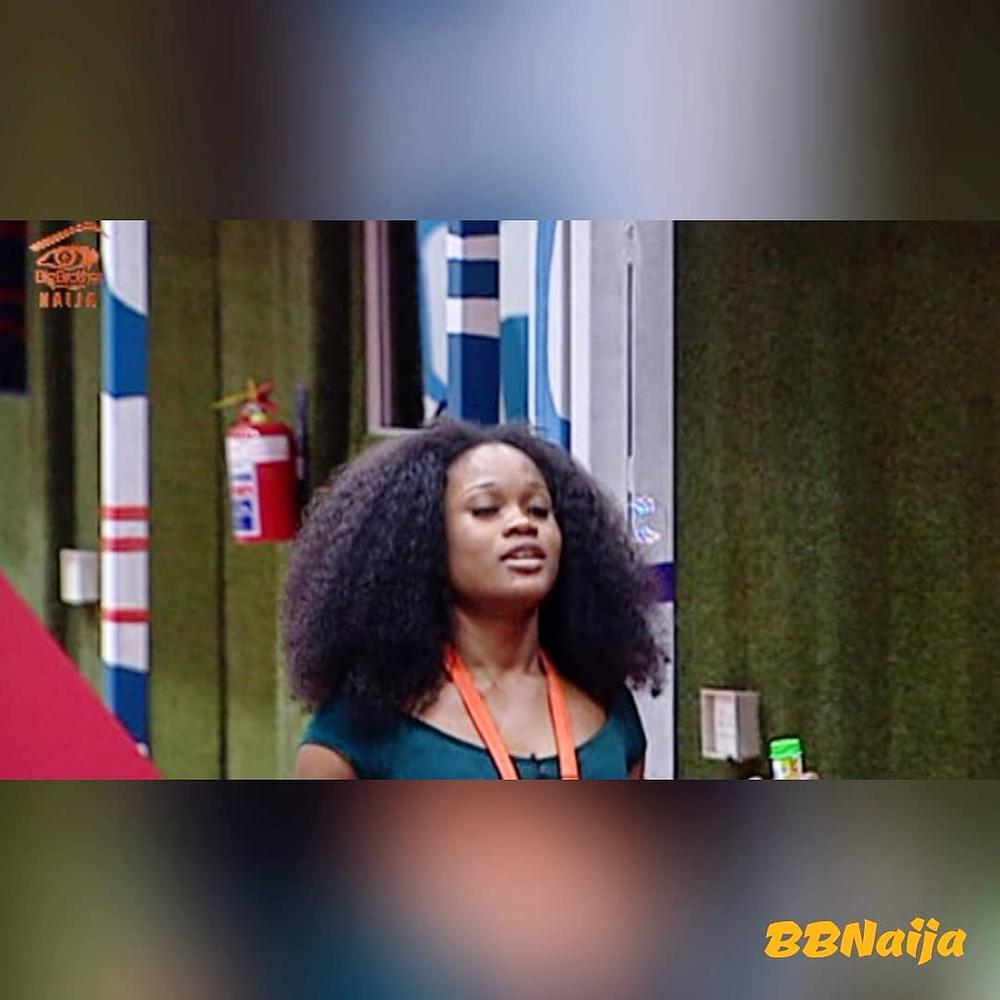 Did you watch day 51 of the Big Brother Naija 3 reality show?

Whether it was the excitement from the evening’s events, the alcohol provided by Biggie or just plain envy, last night Cee-C was on an absolute rampage with Nina as her main target. She must have regretted being the resident chef last night because it could of been the most dramatic dinner in the House yet.

Chaos is a Ladder

Last night turned into a furnace within minutes after completing the Lumapil Task. It was all smiles and jeers and laughs one minute and the next it was utter craziness. Cee-C had been provoking Nina all day but things finally came to a head in the kitchen when Cee-C blew up, she insulted Nina and Nina retaliated, at one point there were even threats of physical harm and the whole House had to spring to action to calm the two ladies down and prevent any serious damage. It seems that Cee-C wanted something like this to occur all day and used the excuse of Nina giving Miracle the biggest piece of meat as a catalyst for her angry exposé’.

As Cee-C stormed off outside, this caused different Housemates to spring to the aid of both ladies. Initially Alex jumped into the argument but quickly backed off and tried to calm the situation down. Later Teddy A listened to Cee-C’s side of the story outside while smoking a cigarette. Rico Swavey was very much on the side of Nina as he thought Cee-C was being rather wild but also realized his place soon and backed off. However, the most interesting gist of the night was when Miracle went to Cee-C alone to sort out the beef, he told Cee-C straight that he does not trust her and they slowly started to hash through their issues with a few laughs. Miracle however looked as though he was doing it more to protect Nina than to get close to Cee-C who barely let him get a word in. Lolu also immediately ran to Cee-C’s aid, even after Nominating her in the Diary Room earlier that night. In a very Machiavellian fashion, he then ran over to Nina to get her side of the story.

After the massive fight, the food was ready and all the Housemates gathered in the kitchen to grab some food. Nina and Cee-C did not resolve their issue and this led to everyone scattering around the House to eat without the awkward tension that riddled the air.

The Bubbles and The Dance

Seeing as it’s Championship week, Biggie introduced a challenge that brought out the Housemates inner ‘kids’ and had them feeling ridiculous for not quiet nailing  something that a bunch of three year olds would easily do in their sleep.

Bubble This, Bubble That

For the ‘Bubble through the Hoop’ Challenge, the Housemates were to make bubbles using the bubble blower, and then keep them afloat until they reach the hula-hoop through which the bubble had to be blown. The catch was that at least 6 Housemates had to successfully ‘hoop’ the bubble. The Housemates were given 12 minutes to complete the Challenge and all but Lolu and Rico Swavey managed hoop.  The two were clearly embarrassed but Biggie gave them another go at the ‘kindergarten’ exam and they managed to pull it off, or should we say ‘blow it in’?!

Foes For The Dance

As fate would have it, Tobi and Cee-C were the first two Housemates that managed to hoop their bubbles, therefore automatically earning themselves ‘representative’ status. Upon learning this, there two couldn’t hide their dissatisfaction, which ultimately over shadowed their joy. Shortly after their first challenge was concluded, the Housemates received a brief. For the second Challenge, the representatives were to ball room dance for as long as Biggie saw fit, wearing classic clothes and unable to do anything either than the dance.

At first, the Housemates had a great laugh as the awkwardness was visible even to a blind man. Forced by the collective objective of winning the Challenge, Cee-C and Tobi swallowed their pride and danced away. Approximately 30 minutes through the dance, the distance and awkwardness seemed to have been flushed away and two seemed too close for comfort. At one point, they gazed into each other’s eyes and had us thinking they’d lock lips. As they were lost in the dance, the music stopped and even though Biggie commended the amount of emotion invested in the game, they lost the Challenge due to not having had they shoes on. Nonetheless, the long hug and giggle told us that ‘Cebi’ might have resurrected; we might be wrong though.

There were many moments during the Diary Sessions tonight that raised a few eyebrows but the emotional magnum opus goes to Nina for her complete meltdown. She is obviously frustrated and feeling the pressures of the game but her issue with Cee-C also drew her closer to the edge. Biggie did his best to console her but it was when he asked her to do a bit of self-reflection that the flood gates opened and she just let it all go. She feels immensely misunderstood by the other Housemates and doesn’t know how they view her. Biggie told her she is here because she chose to be and that she needs to focus on the positive if she wants to move forward with the game.

Cee-C had her fair share to say to Biggie too, it is clear that her and Nina, despite their differences, actually feel the same way – confused and misunderstood. There was even a glimmer of remorse for Cee-C because she did say she feels bad about things that have been happening in the House lately. She asked Biggie how she could do better in the House and he told her that she needs to start communicating properly with her fellow Housemates and use curiosity as her method for redemption.

Alex has really grown and developed a lot during her time in the House but she has always spoken her truth without fear in the Diary Room, she is real and raw and unapologetic. Tonight was no different, she fully expressed herself. He feeling is that so many people in the House are completely fake and that she can see who people really are right now. She expressed that people do one thing and say another and she also expressed her frustration with Nina, Cee-C and Rico. She said that she feels Rico keeps on trying with her and getting into her personal space and she is is not into it.

Cool as a Cucumber

While the ladies of the House were full of angst, it was the polar opposite for the guys who were very chilled calm and positive. BamBam appeared to be the only lady in the House that felt different, telling Biggie she felt happy and at peace.

As the final days draw near, the game keeps intensifying but the main question still stands, how will everyone react when two of the Evicted Housemates return on Sunday?

The Diary Sessions were a whirlwind of emotion but the Housemates cut the tension in the best way possible by playing cards and sharing some laughs.

In face of massive division, the Housemates obviously chose to take the high road after their Diary Session and come together in the old fashioned way, around a table with some cards. Biggie obviously got through a few of them because other than the odd flared temper, it was all laughs and farts (weirdly) from most of the Housemates.

Someone who was noticeably missing from the fun was Nina, after her emotional breakdown in the Diary Room, she took some time to cool off in the hammock. While the others all laughed and fooled around she resided herself to the kitchen where she began cooking, even though she said that she will not cook again after the horrifying events of last night.

Rico seems to have taking a strong liking towards Alex and seems to be doing everything in his power to be close to her since Leo’s departure. Alex however is not interested in the slightest and is trying to think of ways in which she can tell him to back off. Tonight during the card games was no different and Rico could be seen following Alex around like a puppy. Rico seems to always fall into this space of unrequited affection but he should really learn to read a person’s vibe.

Have you been watching? What did you think of the Day 51 activities?

Omotola Jalade-Ekeinde is in Morocco for the Crans Montana Forum