If you haven’t been on BellaNaija Style in the past week, we’re here to get you up to speed on all you’ve missed over there on our awesome African lifestyle website!

One of the biggest awards in South Africa held over the weekend as South African film and TV stars were celebrated and honoured at the 12th SAFTAs (The South African Film & Television Awards) ceremony held in Sun City.  See the top 5 celebrities that made our BellaNaija Style Best Dressed List. 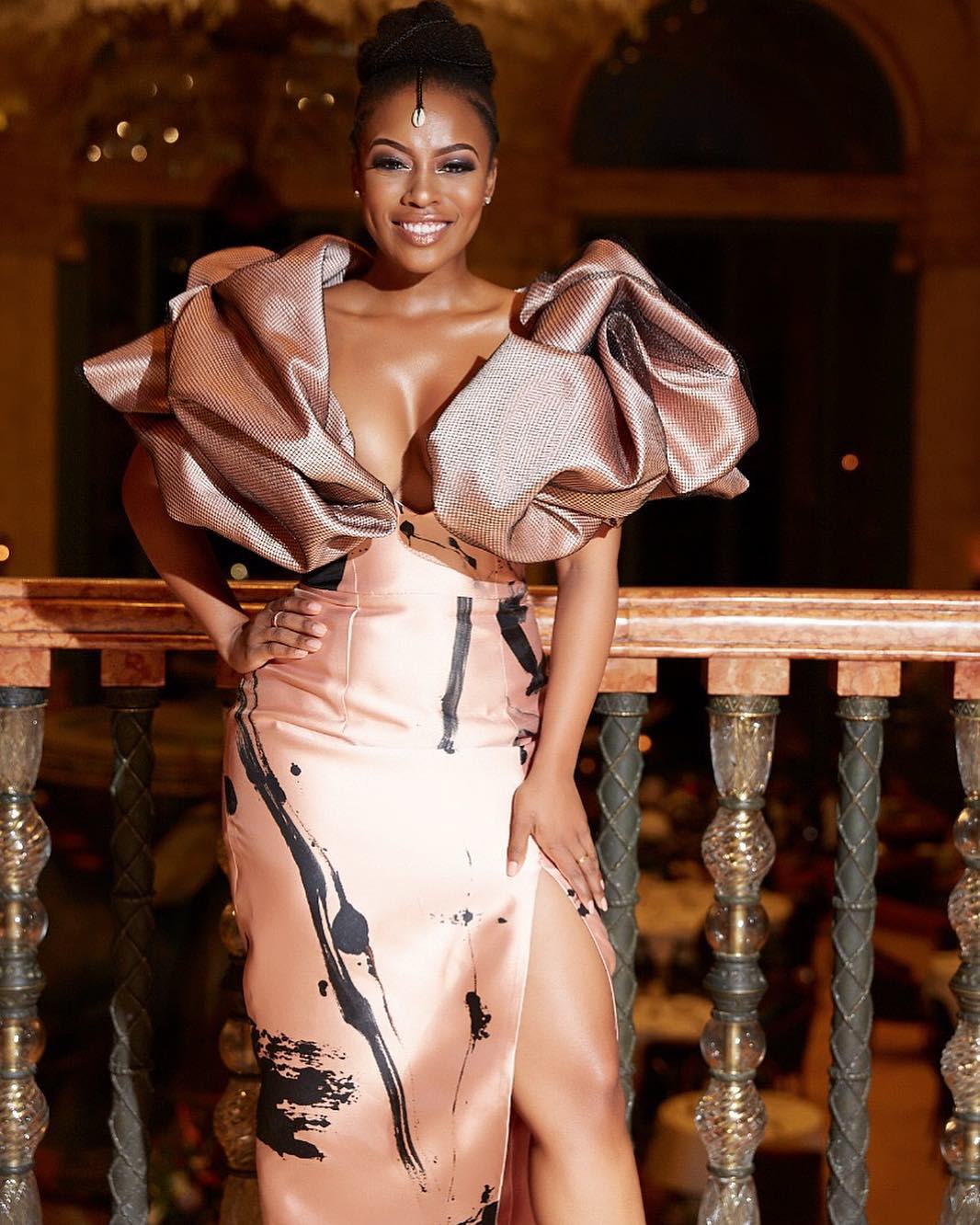 The average woman gains around 40 pounds during her pregnancy, and celebrity moms- although fabulous- are still human and subject to the same pregnancy ups and downs. Ladies, do not put yourself under so much pressure to “snap back” but focus on your health, wellness and confidence. You can do anything you put your mind to!

Scroll through to see the top 10 yummy celeb-mummies who have proved in their own right that women can scale heights. 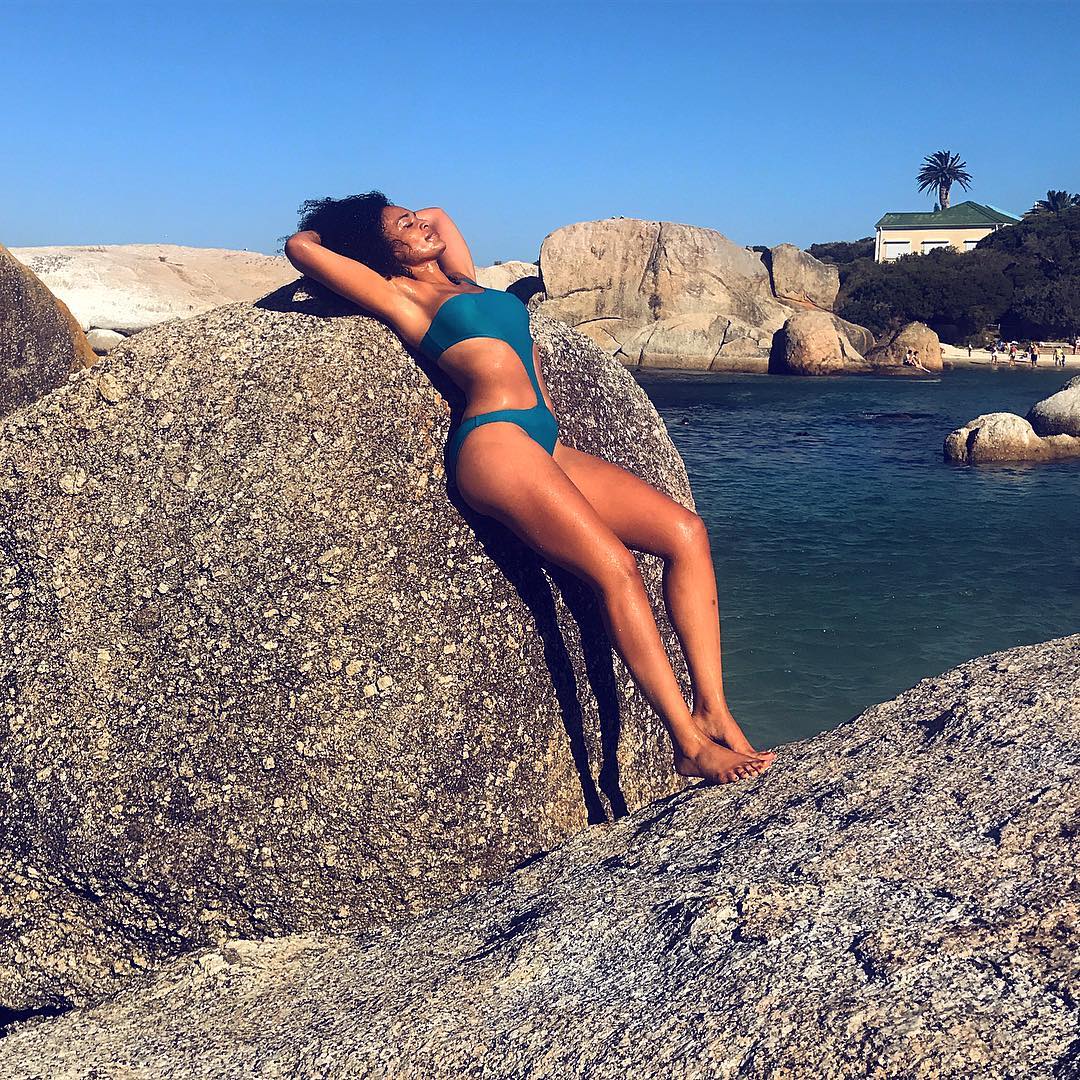 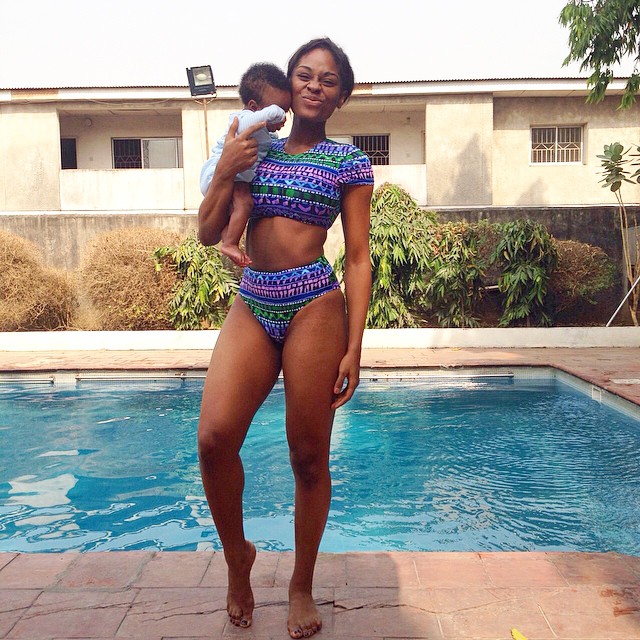 Whether she’s opting for a low-key or a more formal look, Toke Makinwa, is one of those celebrities who we keep coming back to over and over again because it’s so consistent. She recently stepped out in an elevated denim look. We particularly love the addition of the beret and statement blazer, which took an otherwise simple look to uber chic levels. 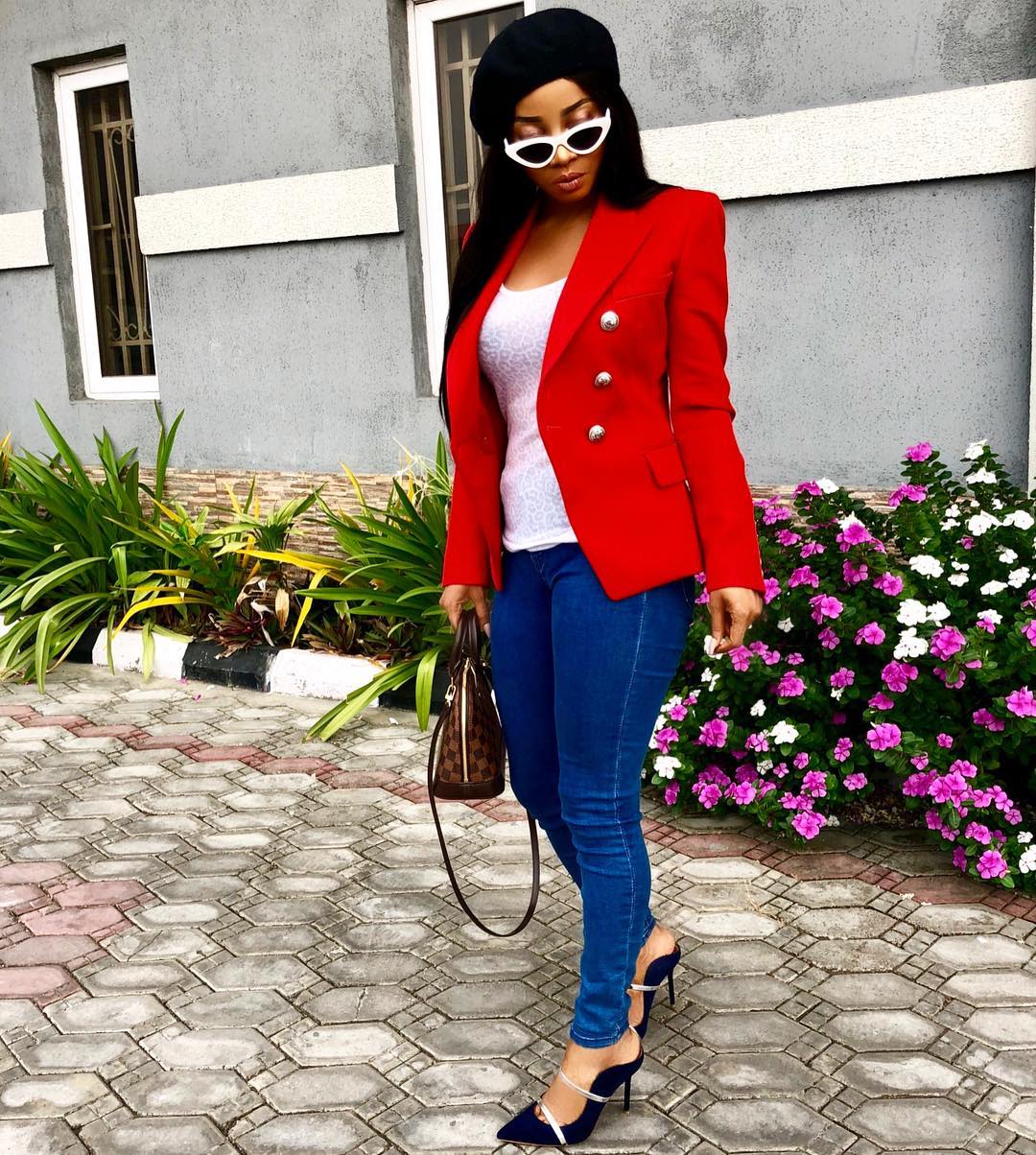 These Bloggers Show Us How to Rock a Little White Dress 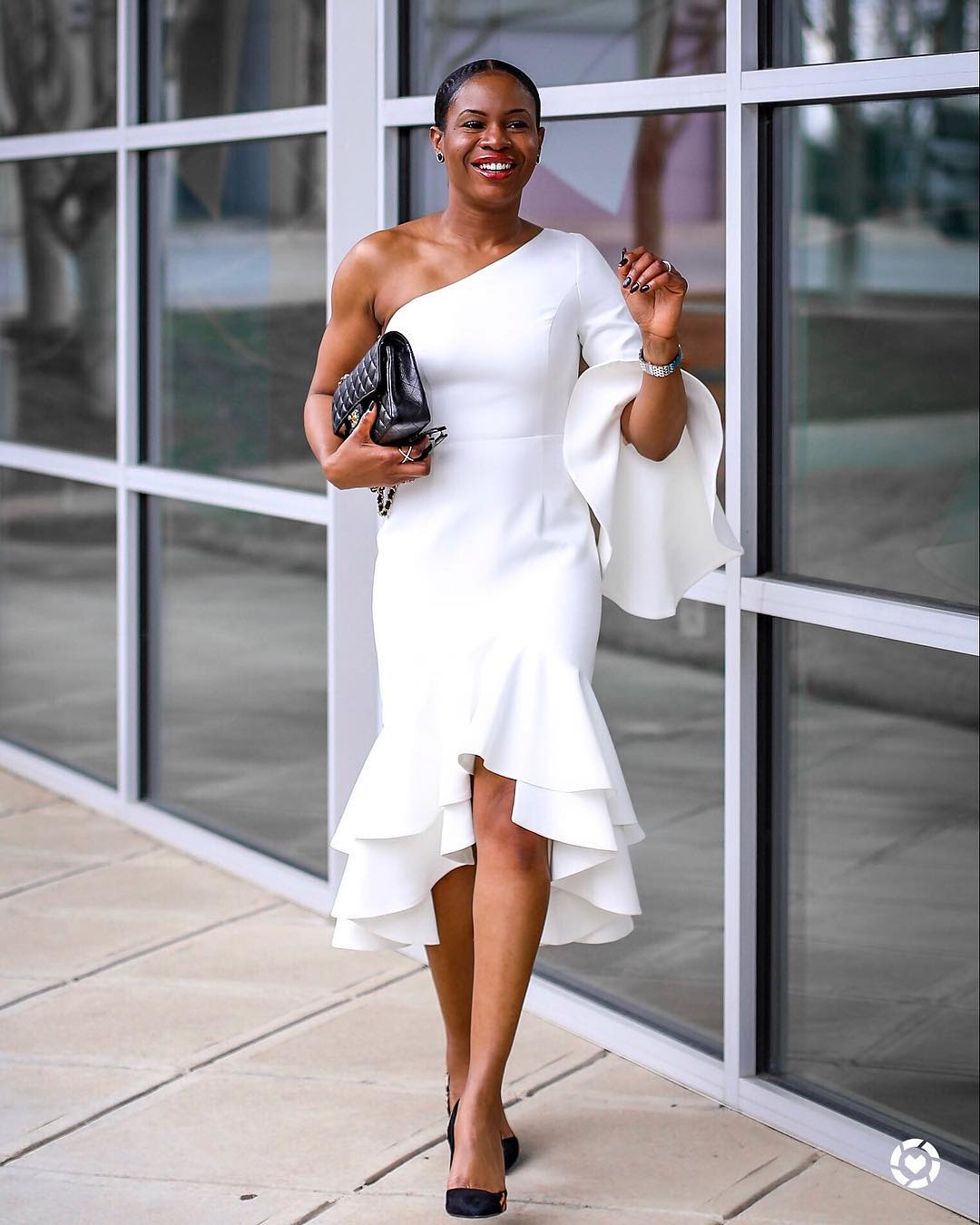 Fisayo’s white dress features a plunging neckline, bishop sleeves and a fit and flare silhouette. She styled her look for daytime with black slides and statement sunnies, but it could also work as an alluring date-night look paired with heels and a fancy clutch. 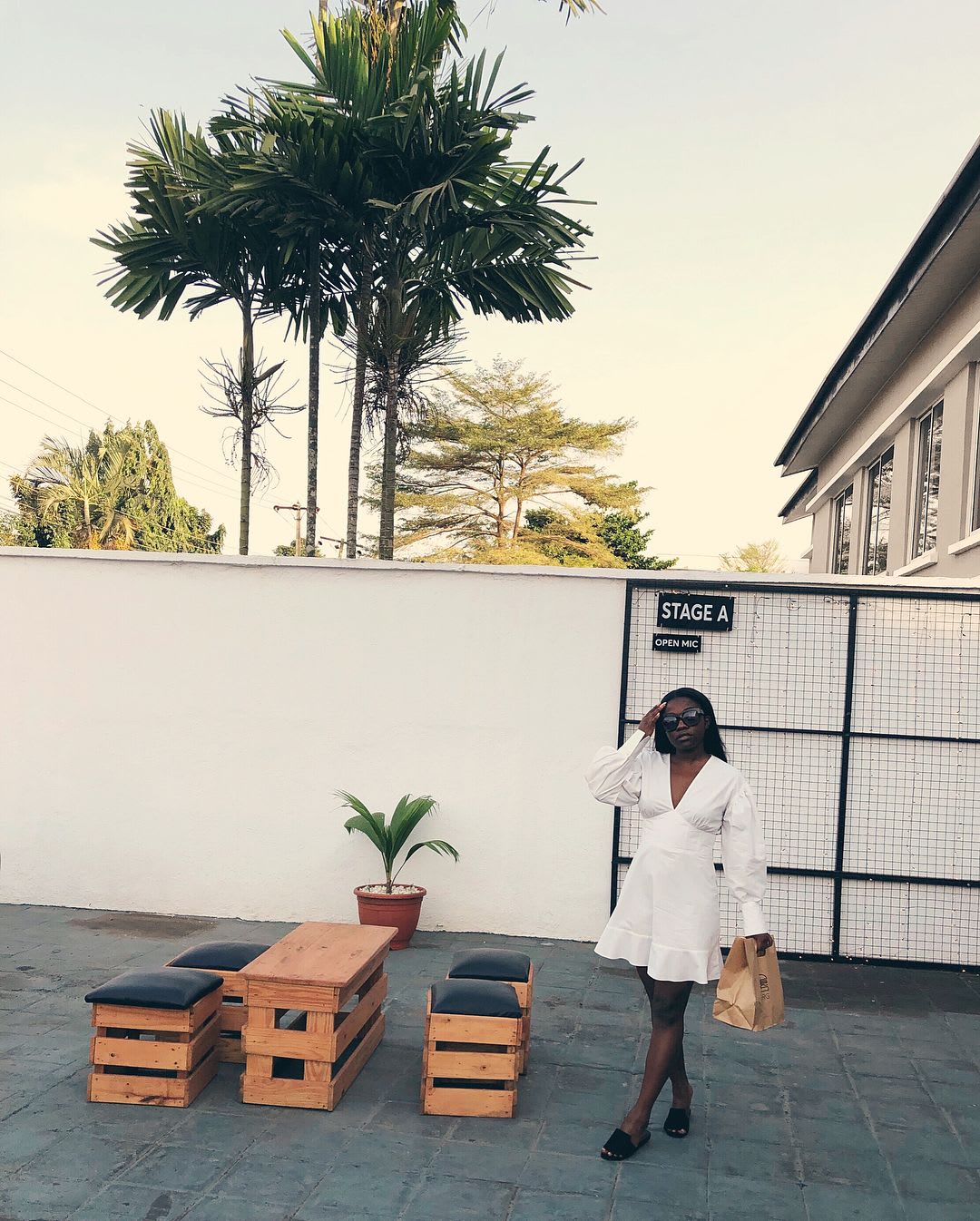 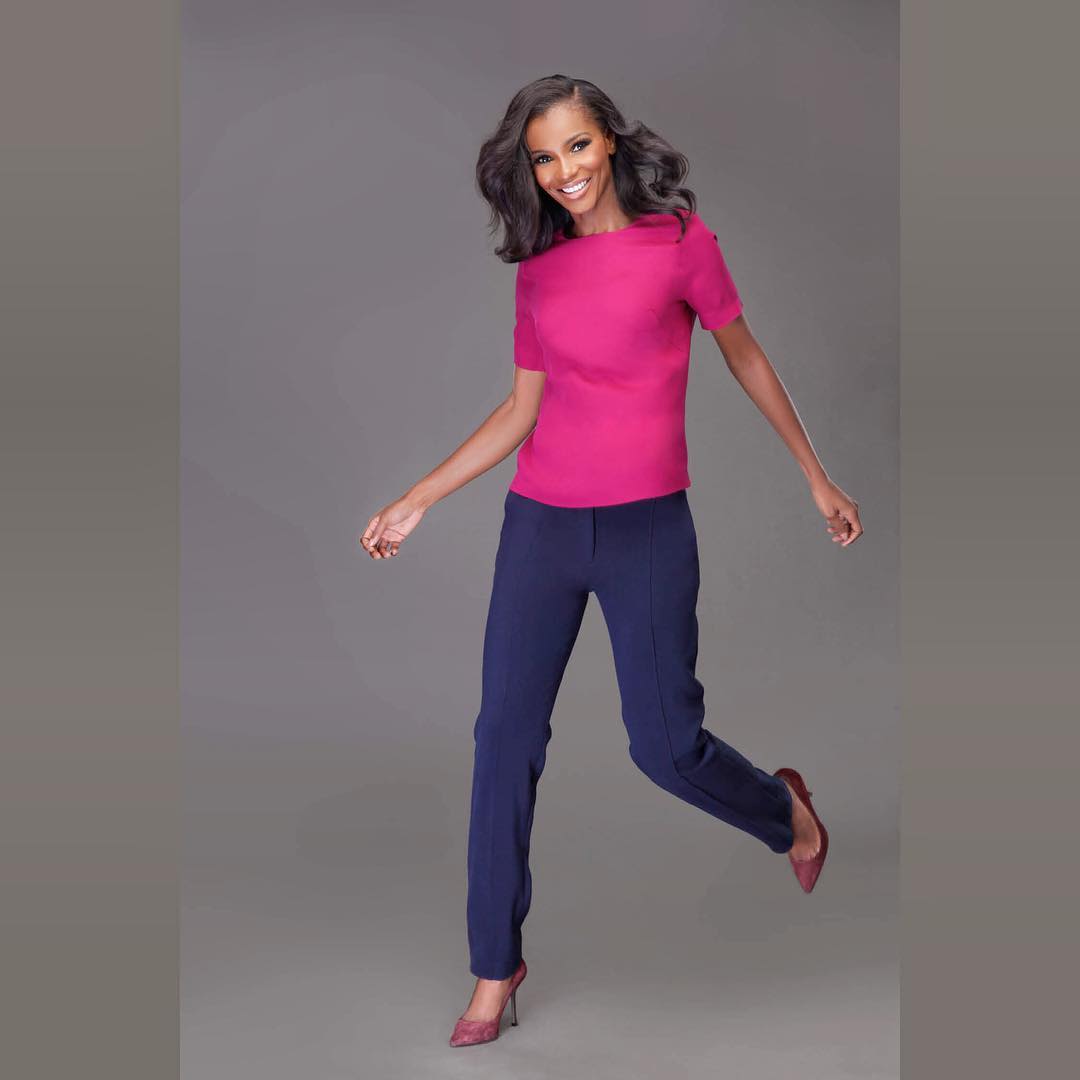 Agbani Darego’s irrefutably classic style will finally be accessible to the masses! She initially shared a sneak peek with us a few days ago – announcing the event date and time.

Following his editorial with Moyo By Bibi earlier this year, Trevor Stuurman was one of five artists profiled by i-D on their response to Black Panther.

Honored to have have been commissioned by @disneystudios for @blackpanther. It’s inspiring to be part of a historical project that champions authentic African narratives. The fictional nation of Wakanda (home to superheroes) and a brand new Africa dominated our brainstorming discussions for this Black Panther shoot. There was an opportunity to explore and celebrate two things I strongly believe: The power of women in our continent’s history. Truth is, women are not given the credit they deserve for the role they continue to play in advancing Africa. Since time immemorial to the present, from the southern tip to the most northern part of our continent, countless women have been performing superhero feats to keep Africa’s fires burning. In the same breath, the future is female. Africa is full of inspiration and I believe it is definitely the future. There is magic at every corner and it is safe to say the continent is a fervent creative furnace. The result is a reimagination of a future Africa where Africans, specifically women, rule. And who better to help bring this vision to life than my muse, Manthe! The orange batik fabric is a representation of the fire that Africa and Africans are and the silhouette of Manthe’s dress is representative of a volcano. This reinforces the idea of Africa being on fire and being the fire. Client: @marvelstudios + @disneystudios | PR Agency: DDA Group Photography: @regular_obby Costume Design: Trevor Stuurman + @manthe.ribane Creative Direction: Trevor Stuurman | Management: @2mellow_ #StuurmanXBlackPanther

How To Wear Bold, New Season Colour, According to Bonang Matheba and DZYN

Let’s face it, Bonang Matheba is known for her style savvy for a reason, so when we spotted this super gorgeous shoot in collaboration with George Okoro and queen of the red carpet Ogwa Iweze of DZYN, from earlier on in the year we were in love. 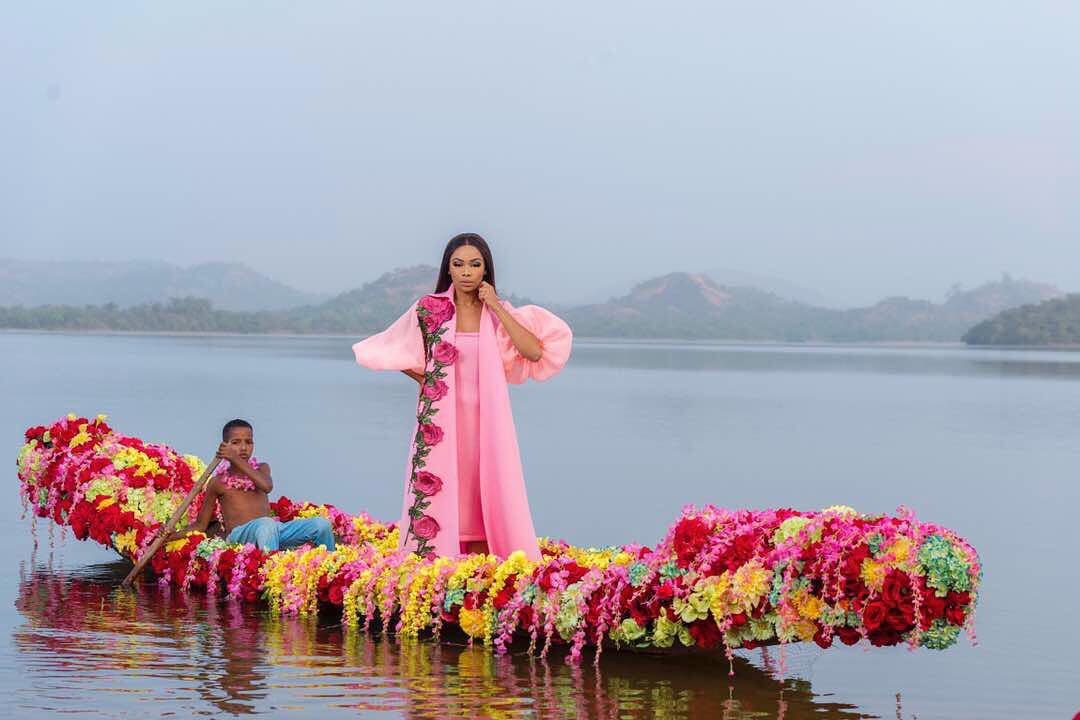 Hey, Arese Ugwu, Can We Nick That Dress? 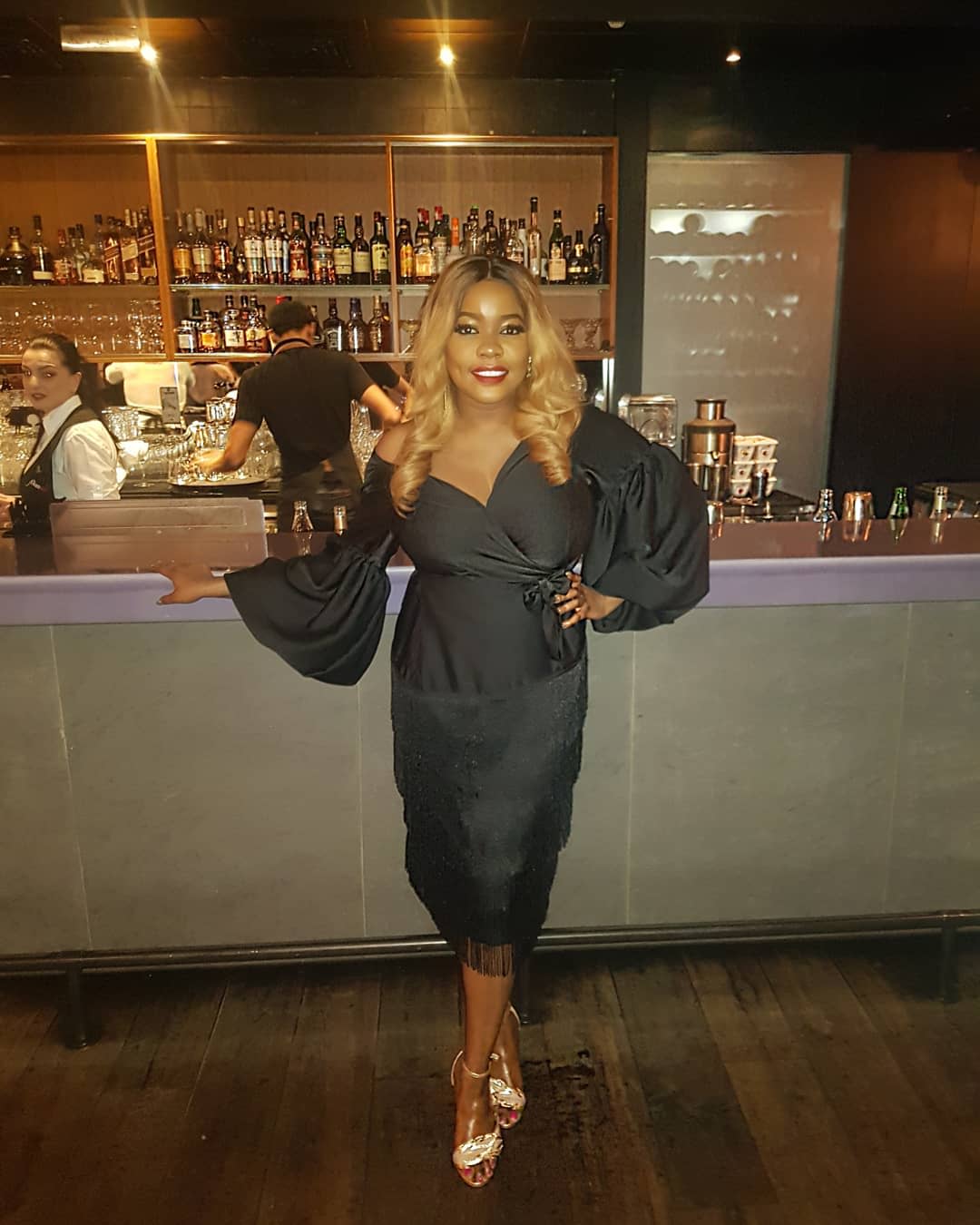 Arese Ugwu is on a girls trip for her birthday—the influencer, author and founder of Smart Money Africa chose to celebrate in an elegant, form-fitting LBD.  The fringe detail gave the dress a festive touch, and she opted for gold sandals which grounded the look quite nicely. The hem hit just below the knee—at once ladylike and modern—and the off-the-shoulder neckline had a certain Old Hollywood appeal.

The silhouette of her CP Woman dress felt especially noteworthy with her blonde locks, all she needed to pull it together was a classic red lip (Arese Red we imagine).

Adwoa Aboah Bares It All for Allure Magazine’s Skin Issue 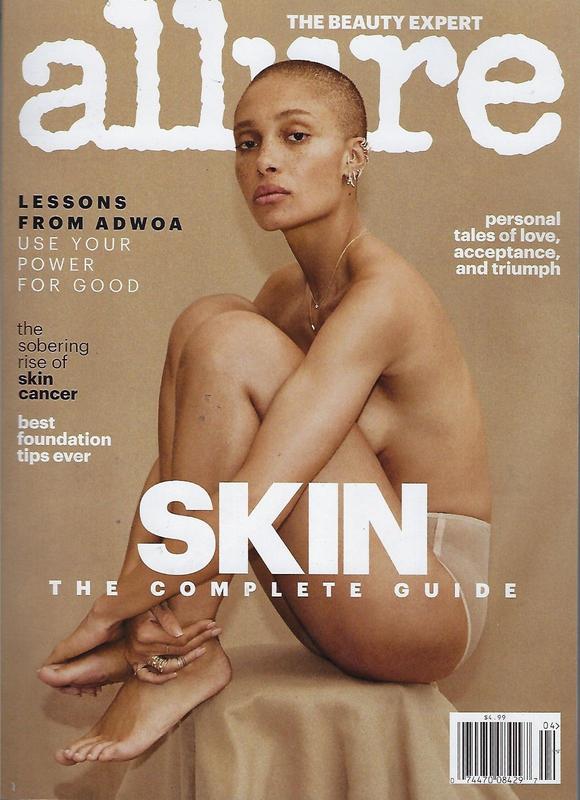 Model, advocate, and activist Adwoa Aboah is on the cover of Allure magazine’s new issue. The magazine profiled Adwoa for the cover story of its Skin Guide.

In the story, titled Age of Aboah, the model talks about her struggles with drug addiction and depression — she attempted suicide in 2015, the same year she landed her first Vogue cover — as well as her female-empowerment nonprofit Gurls Talk and social-media-induced jealousy. 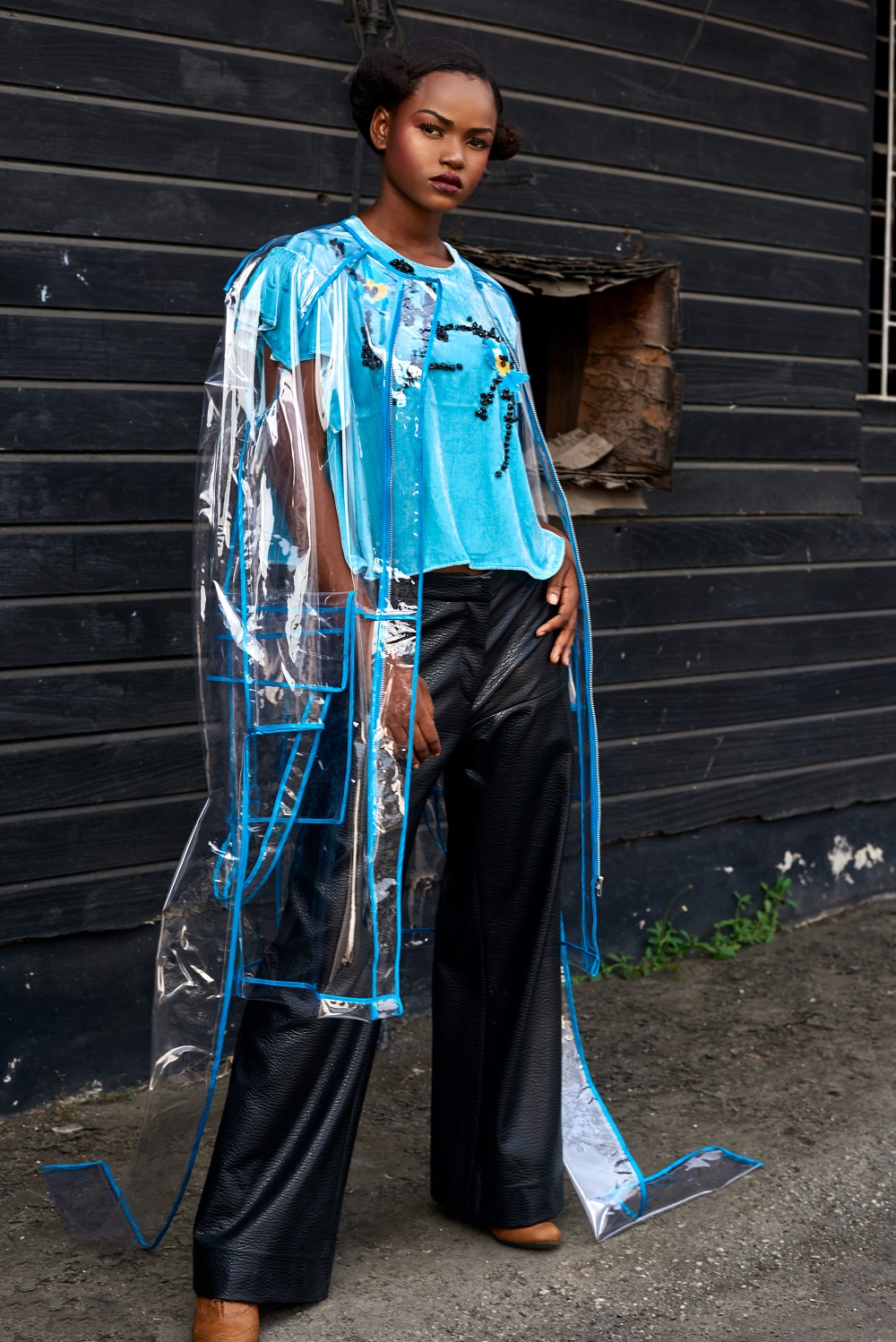 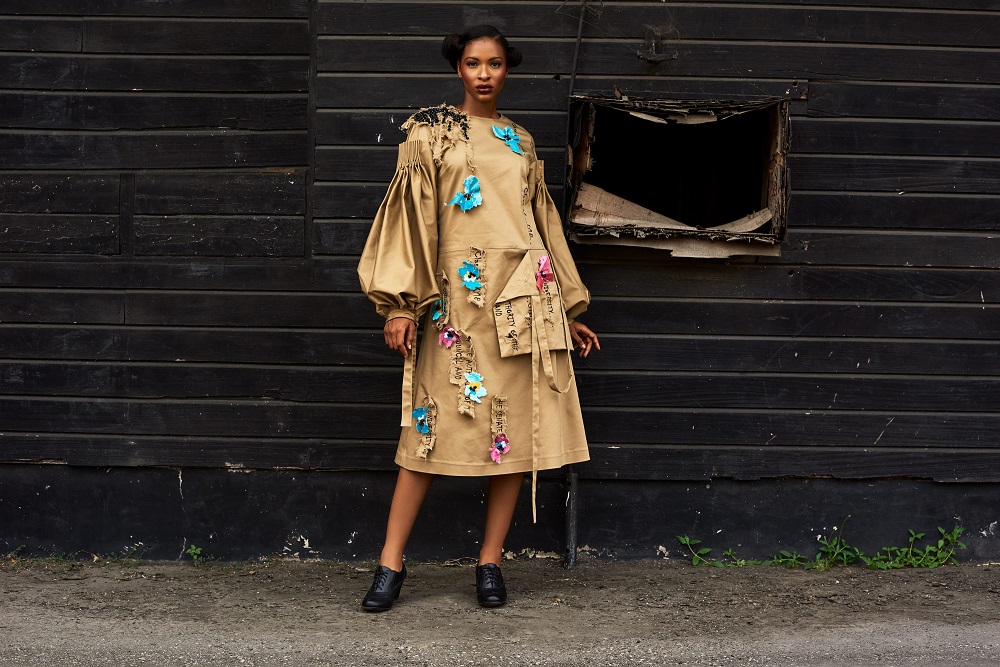 This New Adidas Campaign Will Resonate with Our Athleisure-Obsessed #Bellastylistas

The ‘now-stalgia’ trend continues with established brands in different industries from film to fashion, tapping old creative campaigns and ideas, and sportswear giant Adidas is no different. The apparel brand took it a step farther, reviving their adicolor collection, arguably its most iconic apparel franchise and ad campaign. The collection originally debuted in the late ’70s and has been reimagined for the millennials and pivotals. 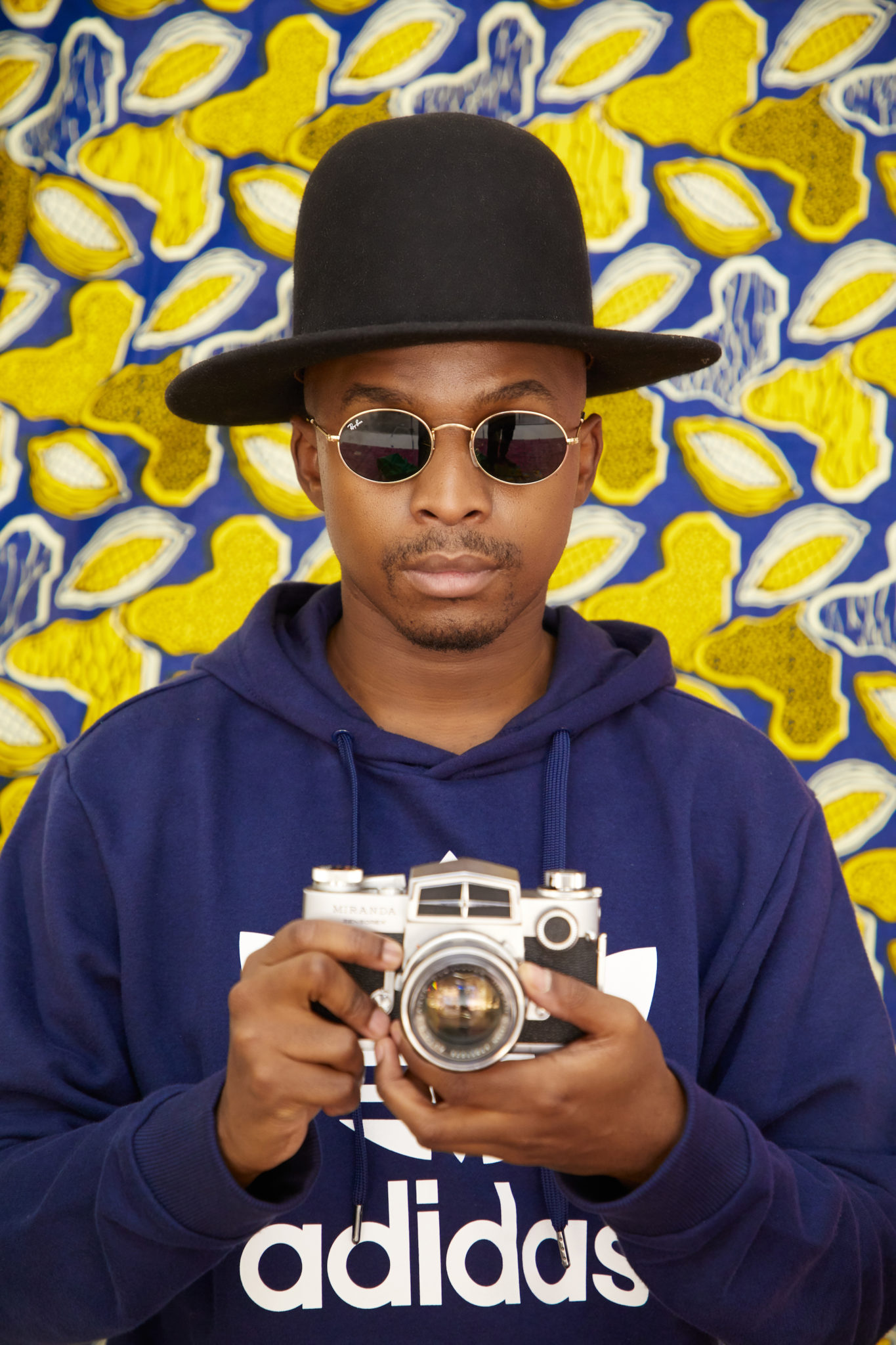 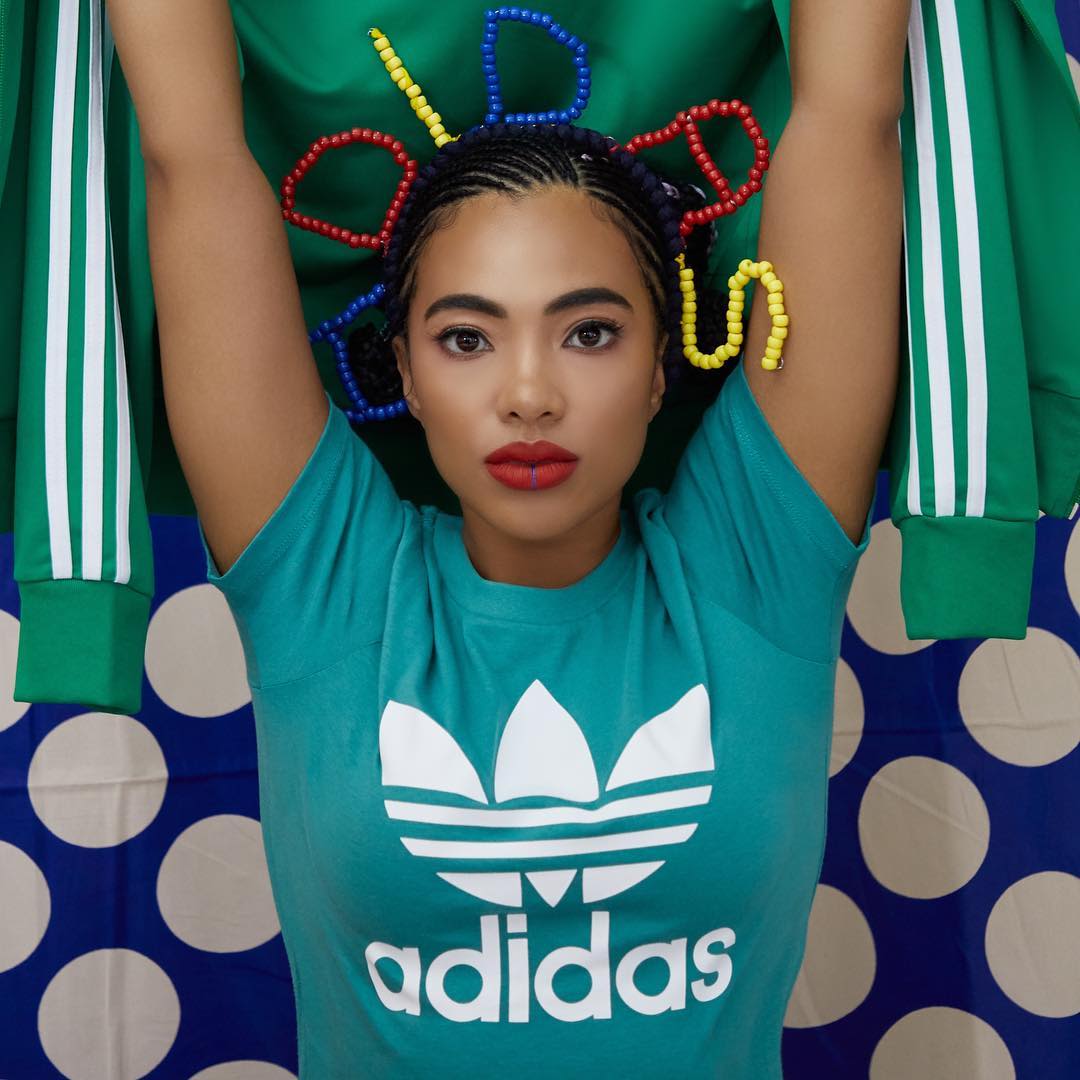 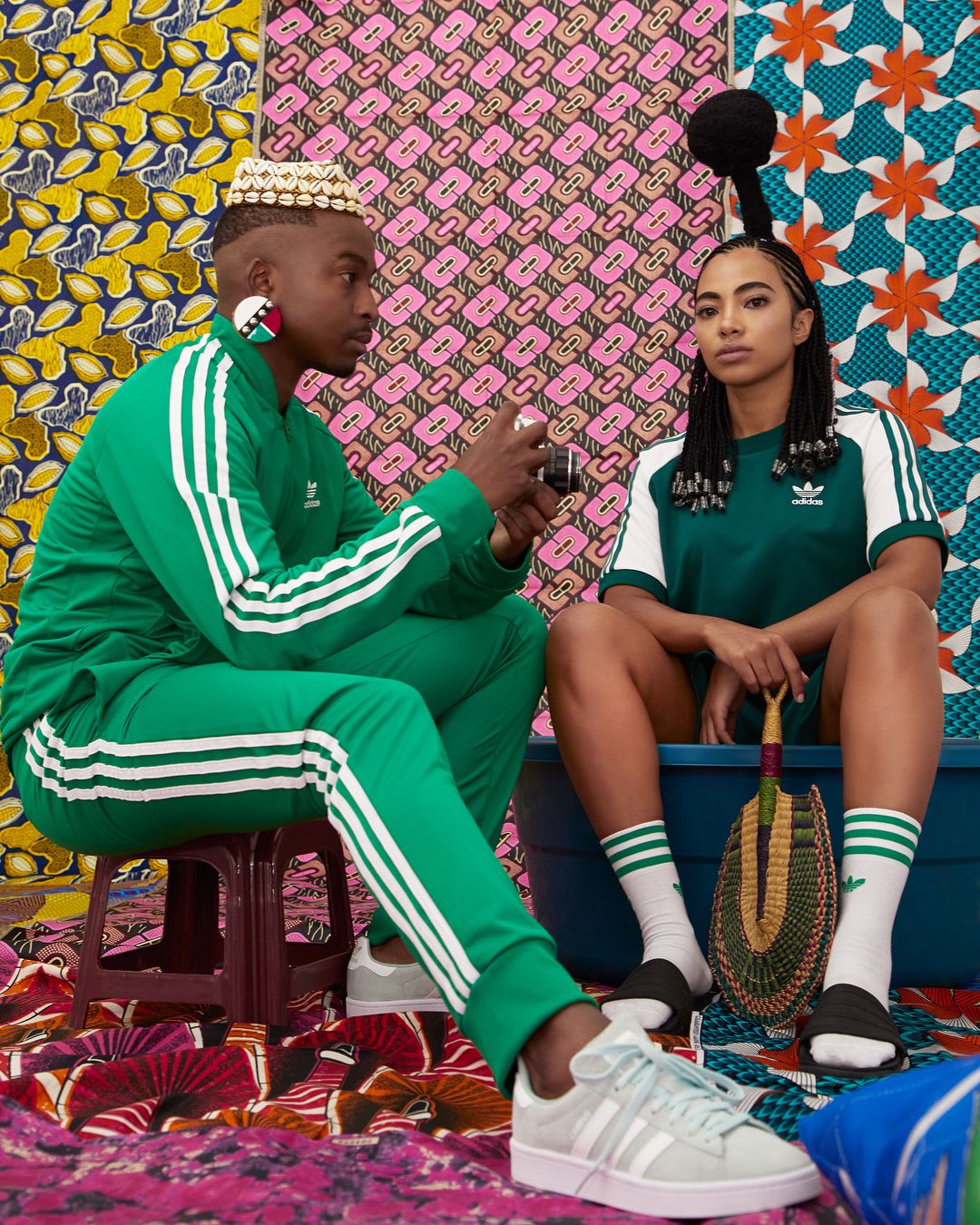 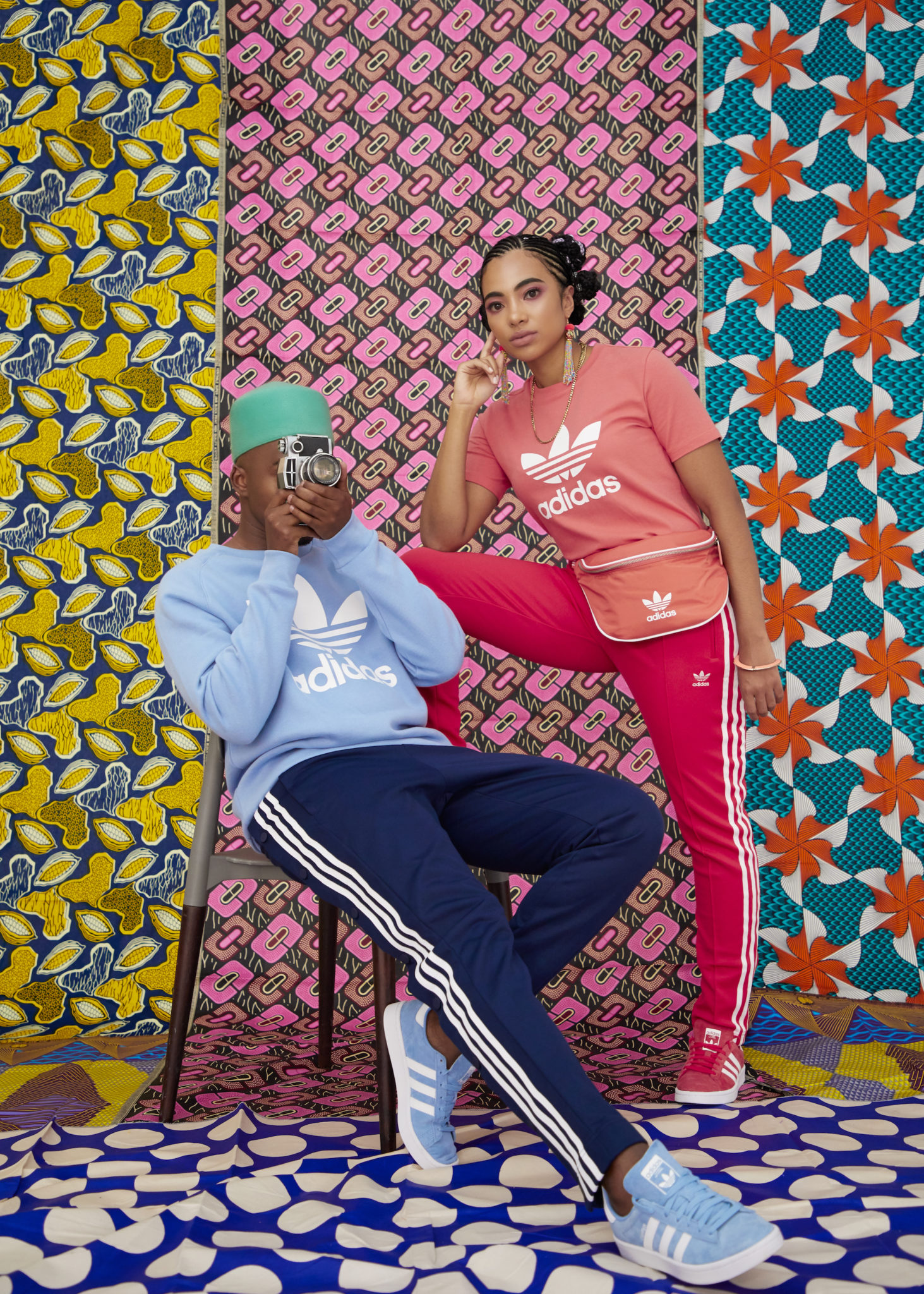 The campaign imagery depicts Amanda and Trevor in pieces from the sportswear collection, with an afro-futurist vibe, incorporating even more bursts of colour with ankara print backdrops and edgy props.

Onwuchekwa By Chikezie Daniel’s New Collection is a Must-See!

Eponymous fashion brand Onwuchekwa By Chikezie Daniel has released its latest collection tagged Distinguished Bloom in Drought owing to the floral motifs on the pieces.

This season the brand embraces colours, intricate details, and shapes playing with non-conforming styles for menswear. 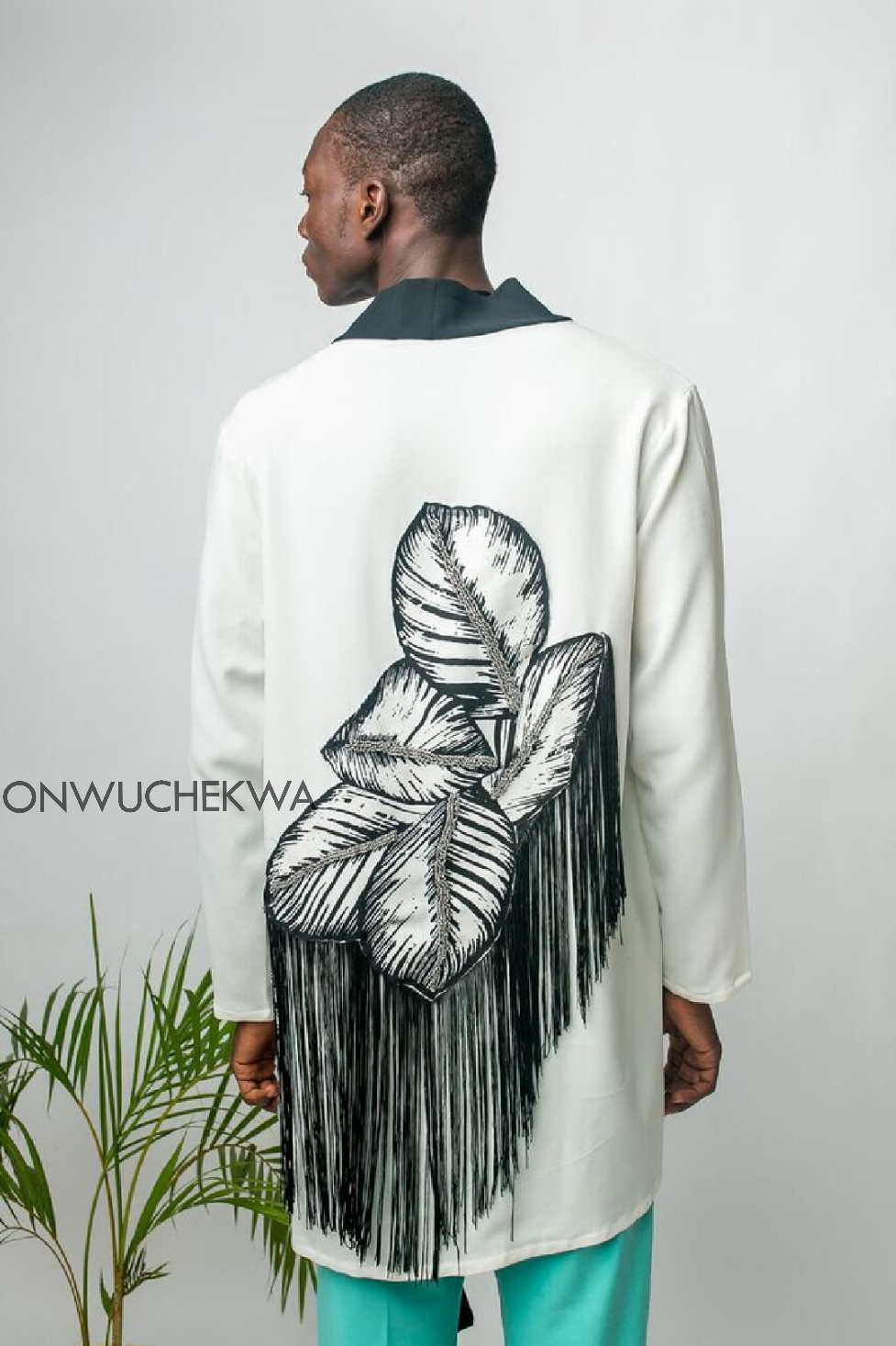 Some of the very best travel fashion looks focus on looking and feeling effortless –  and who is better poised to show the coolest way to do holiday style than the creative director of Andrea Iyamah and queen of resortwear. 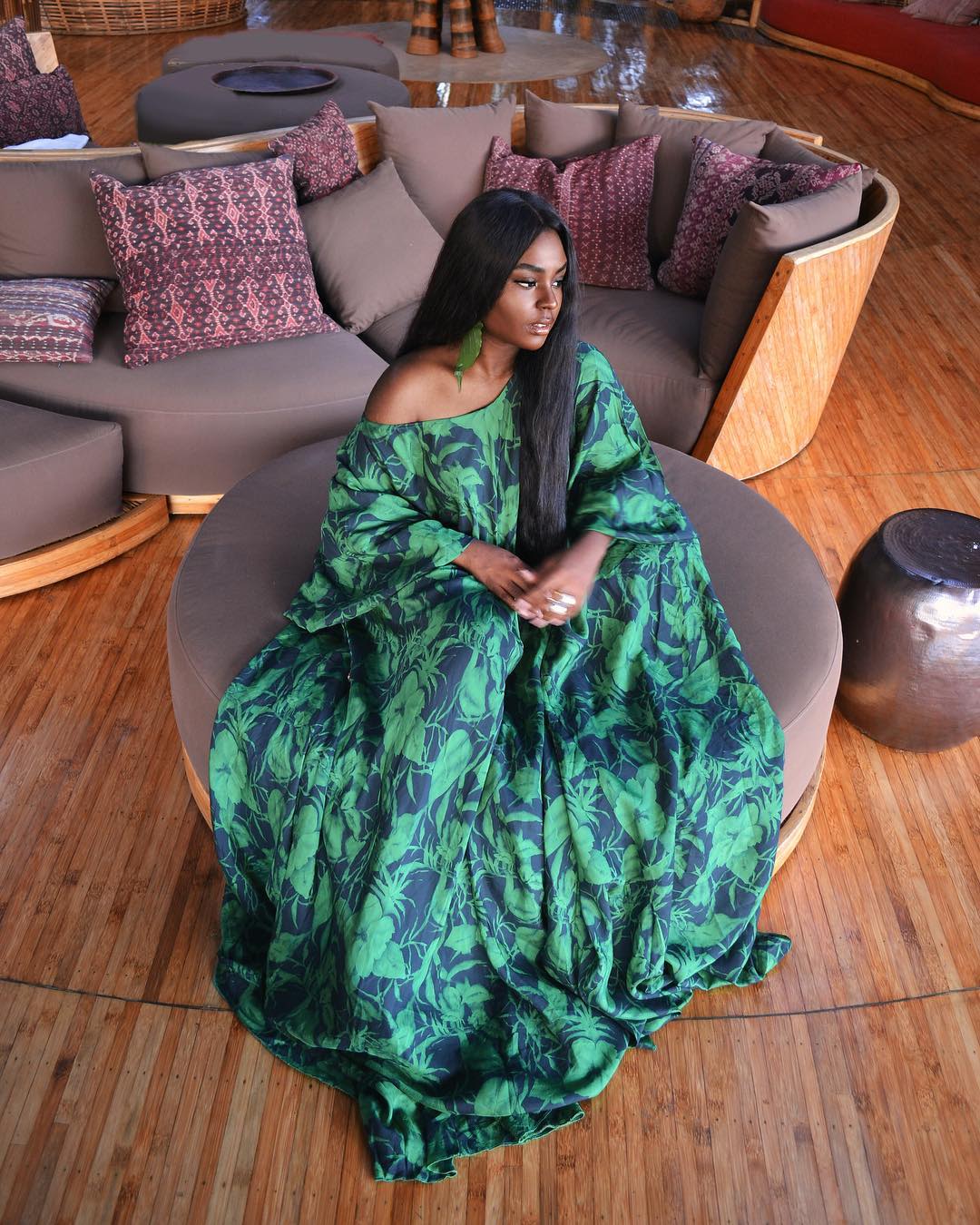 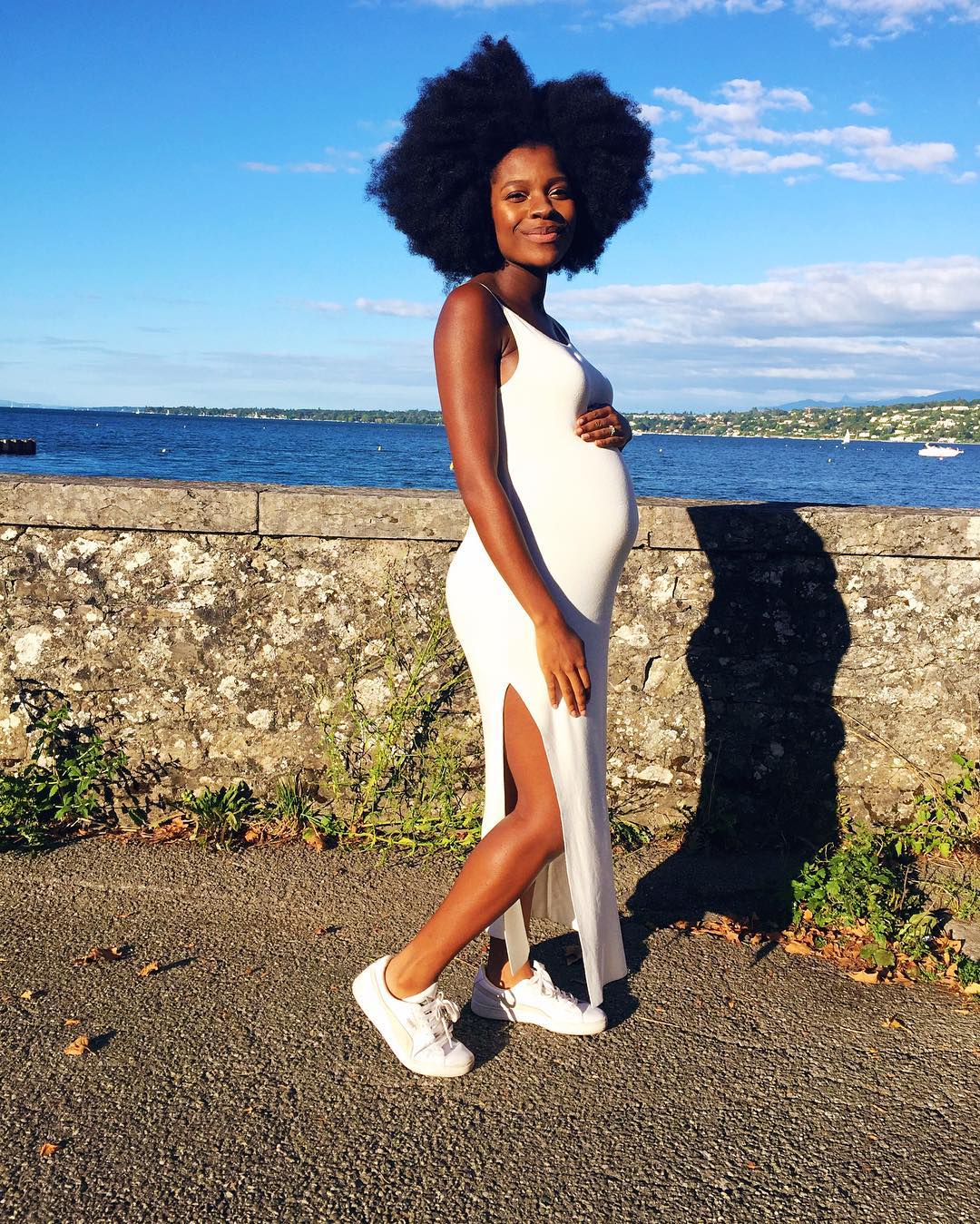 BN Style Your Bump is a BellaNaija Style classic and today’s column feature is all about Frédérique Harrel, a Parisian-born stylist, and blogger. Freddie as she is popularly known, is also a fashion marketing expert, the confidence coach behind SHE Unleashed and a beauty entrepreneur with her own line of hair extensions called Big Hair No Care. 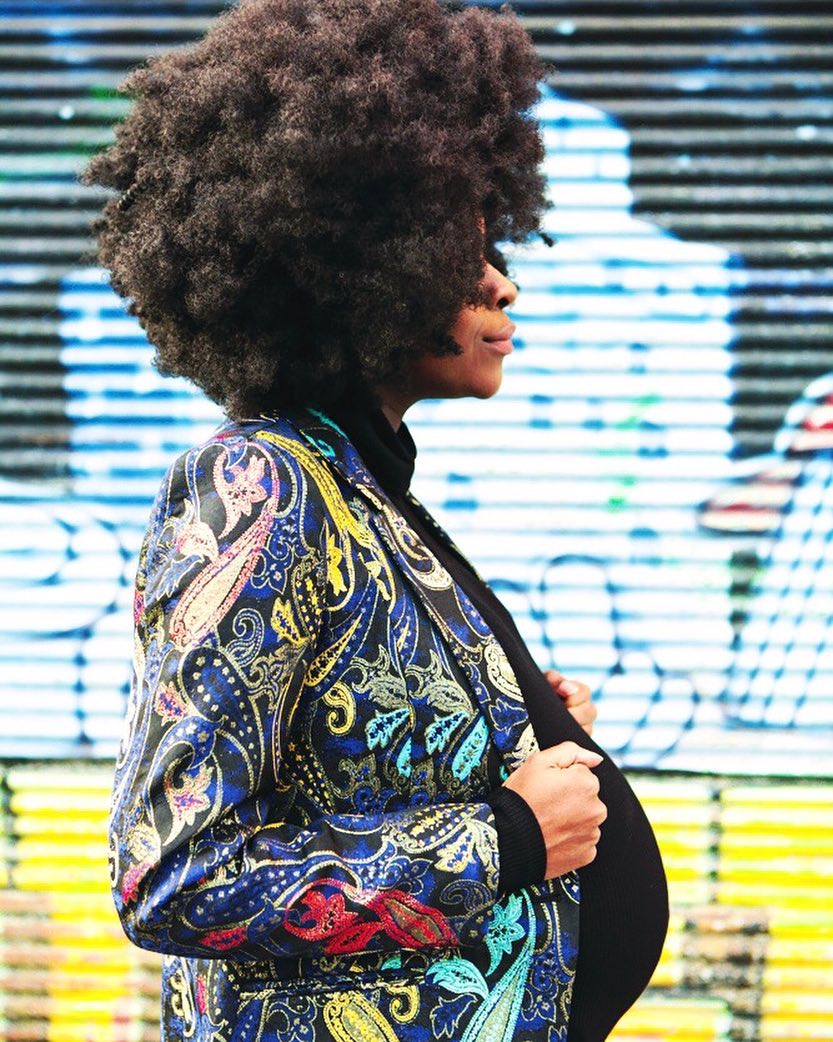 Vanessa Banigo Be Your Own #WCW

Now let’s get back to business with this week’s Move of the Week: Standing Abs.

On this week’s #BeYourOwnWCW with #VanessaBanigo, @vbwelllife reminds us to keep our hairstyle intact while breaking a sweat! This week’s move is – the Standing Abs. Tap the link in our bio for more

When I told people I wanted to go natural, a lot of people said I was crazy and I wouldn’t last because my hair texture was too coarse, says beauty blogger Aboyowa Adjuah Wood. 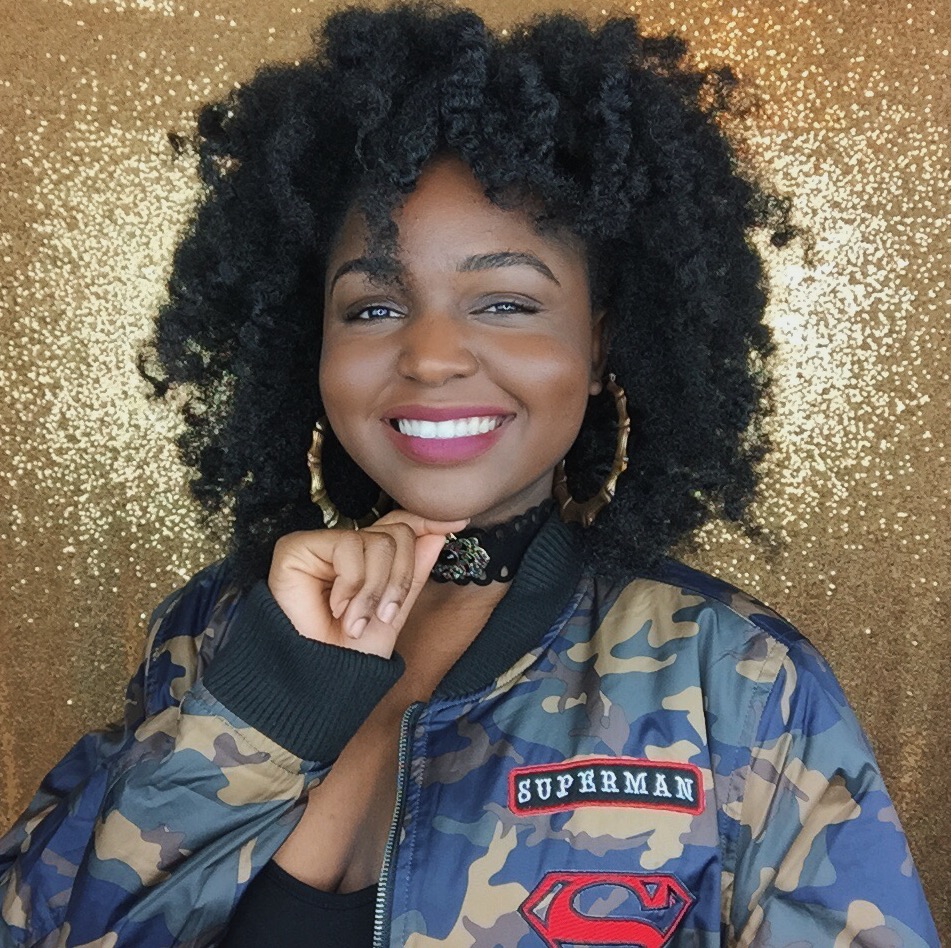 The 23-year-old Nigerian born has been creating videos on YouTube since 2014  to showcase the beauty of natural hair especially the 4c hair texture because according to her there are a lot of negative stereotypes and connotations surrounding it. Till this day, there are people that are still ignorant when it comes to 4c hair. They think it doesn’t grow, it’s always dry, you can’t style it, – but Westafricanbaby, as she is known on social media, aims to debunk all fallacies about that hair texture.

With no plans of ever relaxing her hair again, Aboyowa tells us all about her natural hair journey so far for #BNFroFriday.

Bebe Omagbemi and her team constantly give us inspirational looks to covet. Recently, we spotted a studio model sporting a runway-worthy beauty look with dramatic liner and statement-making red lips. 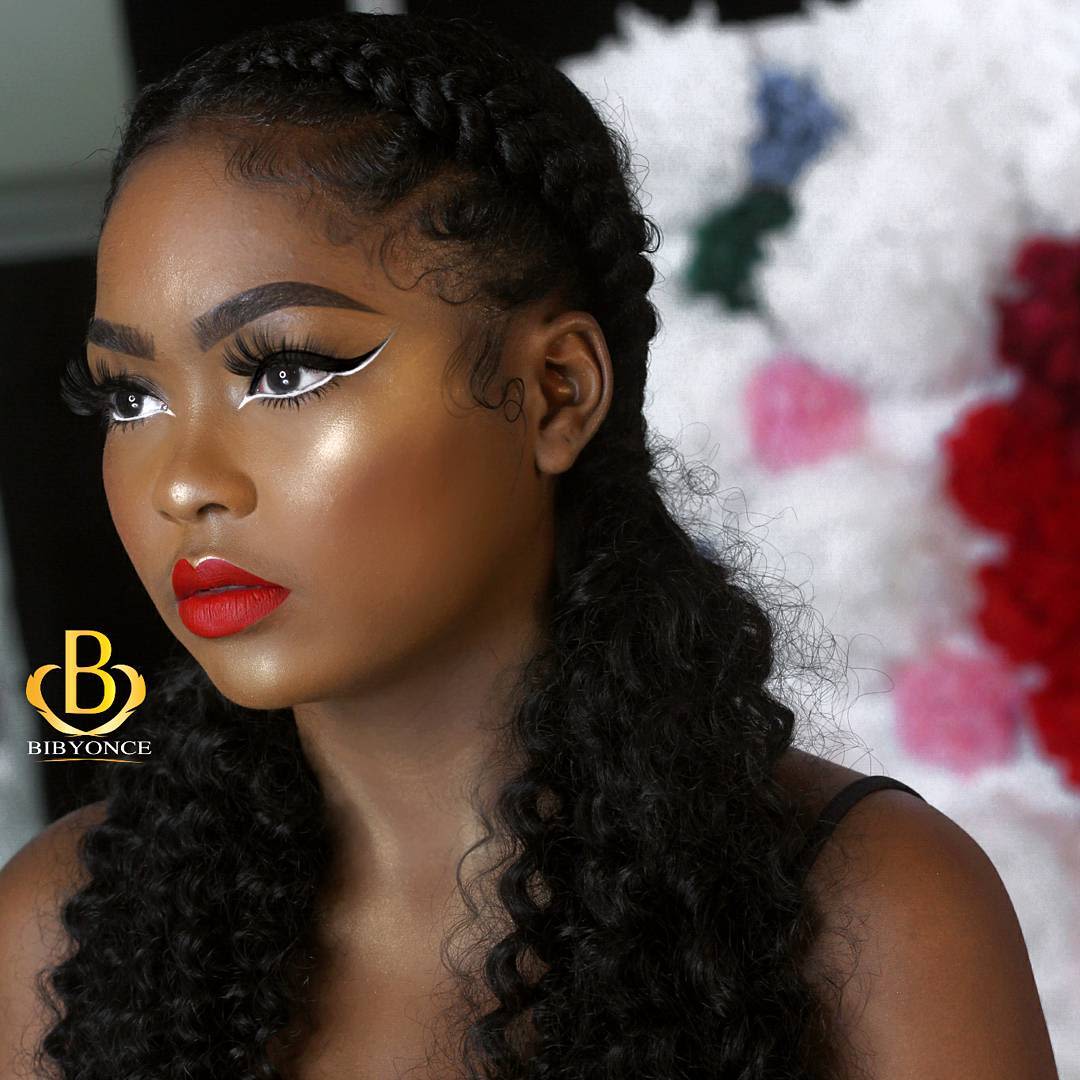 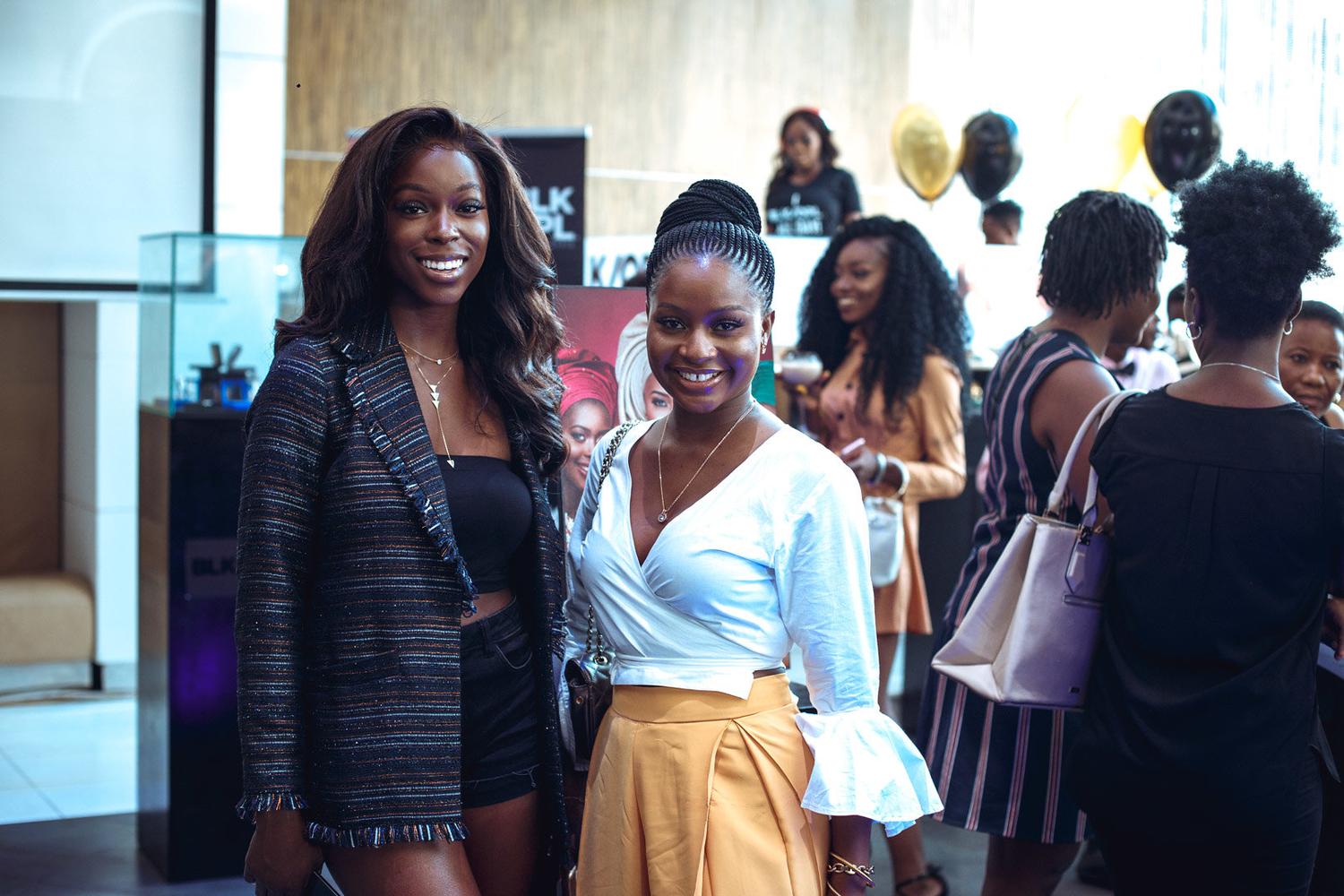 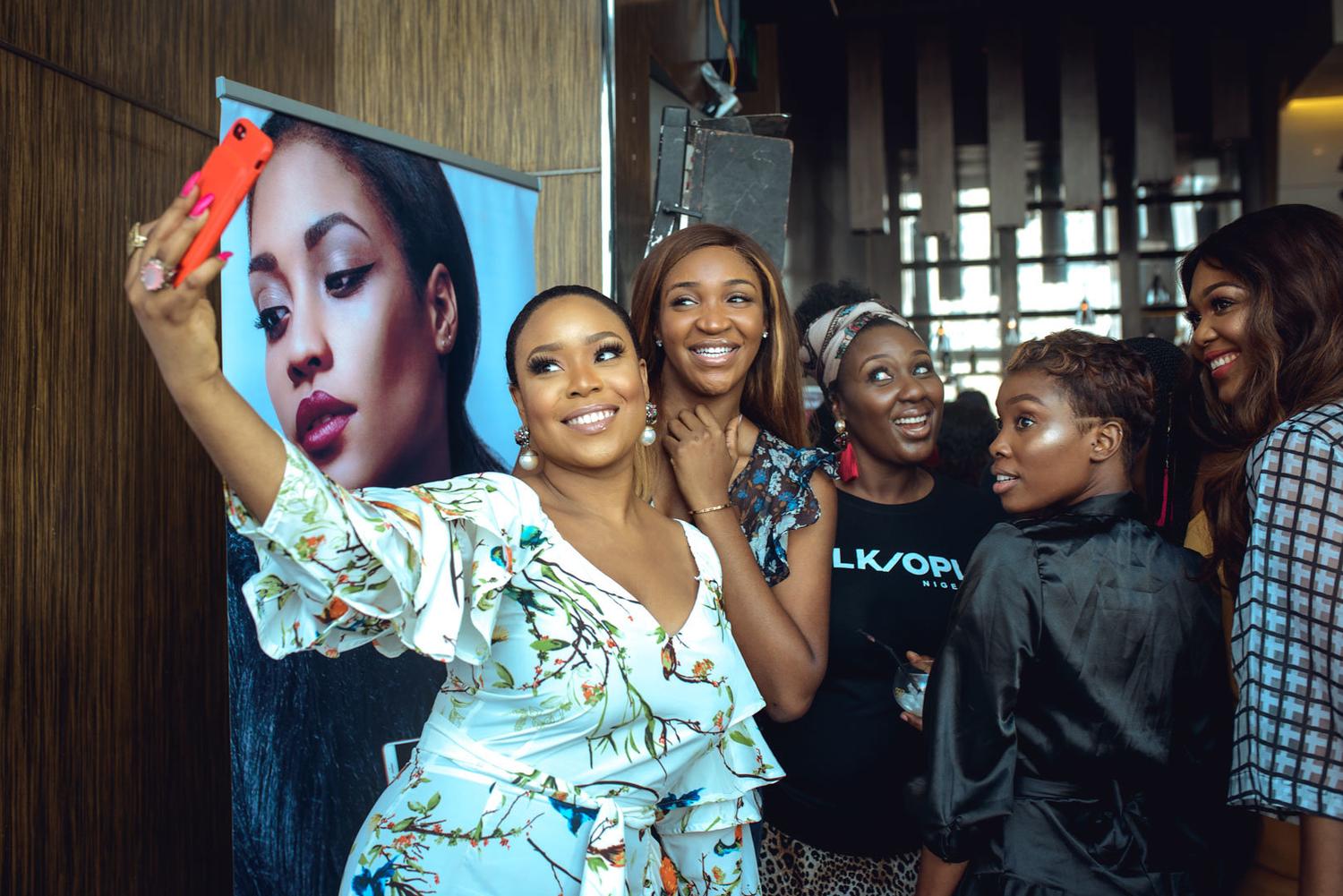 UN advises Nigeria to Legalise Marijuana Use for Medical Purposes