A statement released on Lagos state official Twitter page disclosed that this will enable Lagosians to come out to welcome President Muhammadu Buhari who is on a historic two-day visit to Lagos State.

The statement urged residents to adhere to the security guidance earlier announced to make the visit as peaceful and orderly as possible.

The statement also announced traffic diversions and alternative routes at a press briefing held at Lagos House in Alausa, Ikeja. 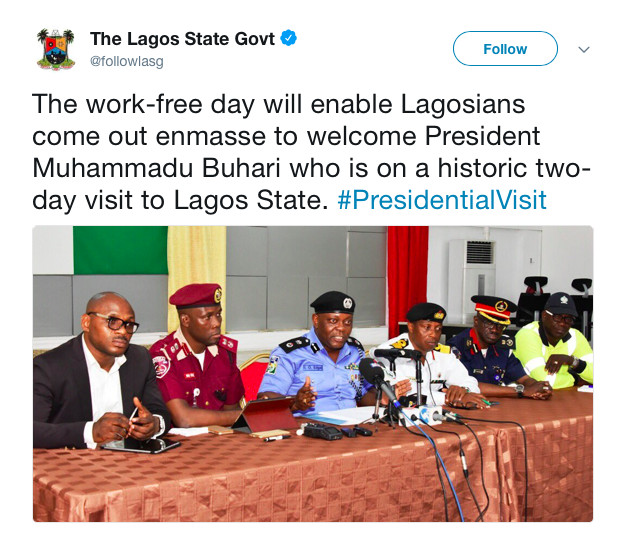 Related Topics:lagoswork free day
Up Next