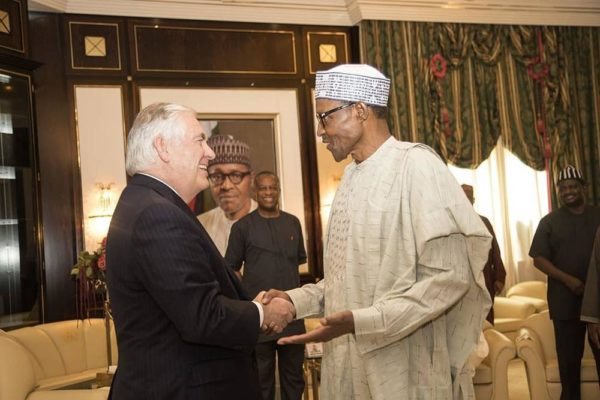 In a statement released by the Special Adviser to the President on Media and Publicity, Femi Adesina, the president discussed the Boko Haram abductions.

Nigeria wishes to rescue the abducted girls, the statement quoted Buhari as saying, and so chooses to negotiate with Boko Haram rather than use military action.

Nigeria prefers to have schoolgirls abducted by Boko Haram from Chibok and Dapchi back alive, and that is why it has chosen negotiation, rather than military option, says President Muhammadu Buhari.

Receiving the American Secretary of State, Rex Tillerson, in audience at State House, Abuja, Monday, President Buhari added that Nigeria was working in concert with international organizations and negotiators, to ensure that the girls were released unharmed by their captors. “We are trying to be careful. It is better to get our daughters back alive,” the President said.

He thanked America for assistance rendered in the fight against insurgency, noting that Nigerian forces are good, “but need assistance in the areas of training and equipment.” President Buhari promised that his administration would continue to do its best to secure the country, adding that he would be in Yobe State, from where Dapchi schoolgirls were abducted, later this week “as part of my condolence and sympathy visits to areas where we have had unfortunate events.” The President pledged free and fair polls in 2019, recalling that the then American Secretary of State, John Kerry, had visited before the 2015 polls, “and he told the party in government then, and those of us in opposition, to behave ourselves, and we did.” The visiting Secretary of State commended President Buhari on his strides in the anti-corruption war, to which the Nigerian leader responded that moneys recovered are being invested on development of infrastructure.

Mr Tillerson said Nigeria was a very important country to the U.S, stressing: “You have our support in your challenges. We will also support opportunities to expand the economy, commercial investments, and peaceful polls in 2019.” Femi Adesina
Special Adviser to the President
(Media and Publicity)
March 12, 2018

See photos from the visit below: 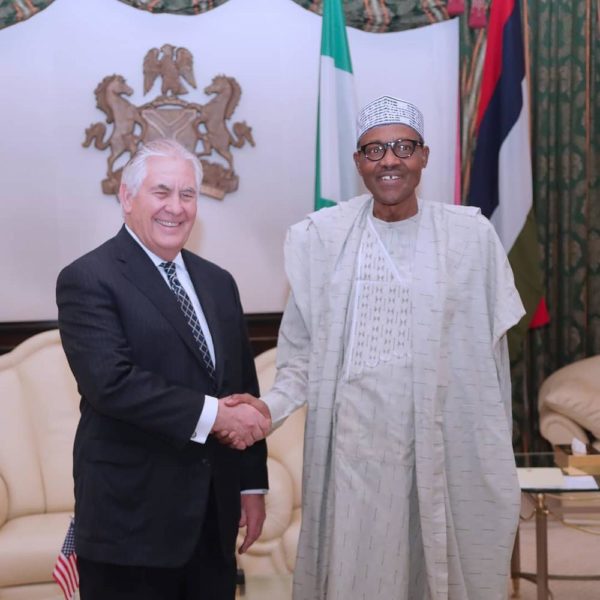 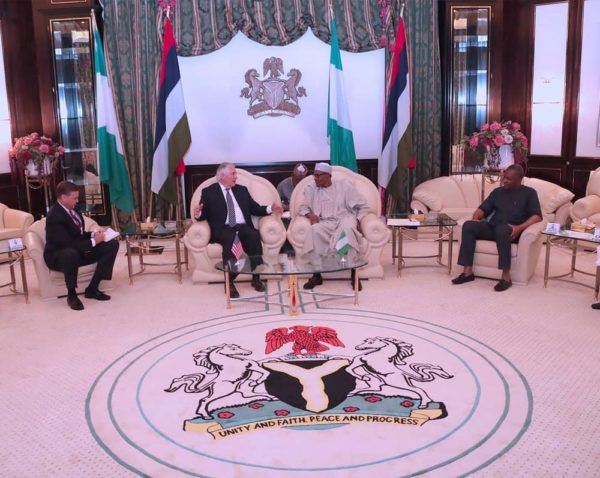 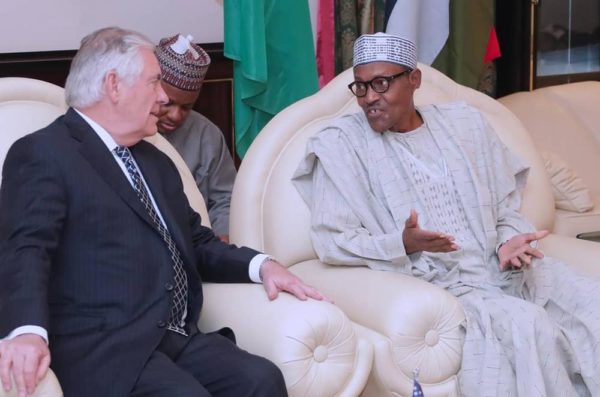