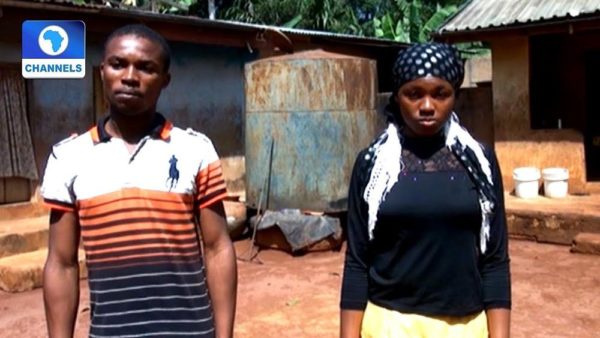 Youths in Aguata Local Government Area of Anambra State had in February burned to the ground a church after a brother married his biological sister.

Chiadikobi Ezeibekwe had married his sister at the Dwelling Fullness of God Church in Agba, Anambra State.

Explaining the marriage, their brother, Paul Ezeibekwe said it was God who instructed him to marry his brother and sister.

The entire Ezeibekwe family accepted the marriage, saying it was the will of God.

The town, however, kicked against the marriage, saying the family will have to be kicked out.