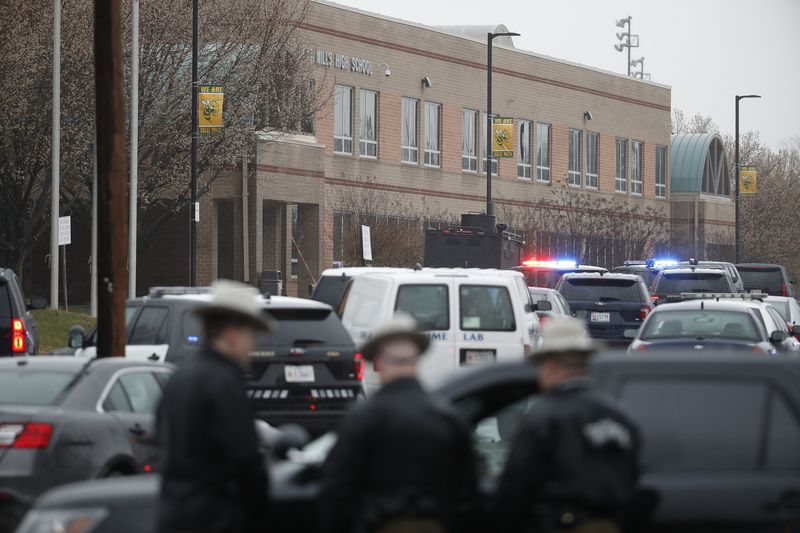 Earlier today, there was a shooting at Great Mills High School in Maryland which left 2 injured and the shooter, a 17-year-old male student dead.

According to CNN, the shooter, Austin Wyatt Rollins shot a male and female student; who he had a relationship with prior, with a handgun.

Austin Wyatt Rollins was fatally injured during the confrontation with the school’s resource officer and was pronounced dead afterwards, although it isn’t clear whether the shooter took his own life or was killed by the officer’s bullet.

The 16-year-old girl was hospitalized with a life-threatening wound, and the 14-year-old boy who also suffered a gunshot wound to the thigh is in good condition.

The school has about 1,600 students and ambulances, firetrucks and other emergency vehicles crowded the parking lot and the street outside, where about 20 school buses lined up in the rain to take students to nearby Leonardtown High School to be picked up by their parents.