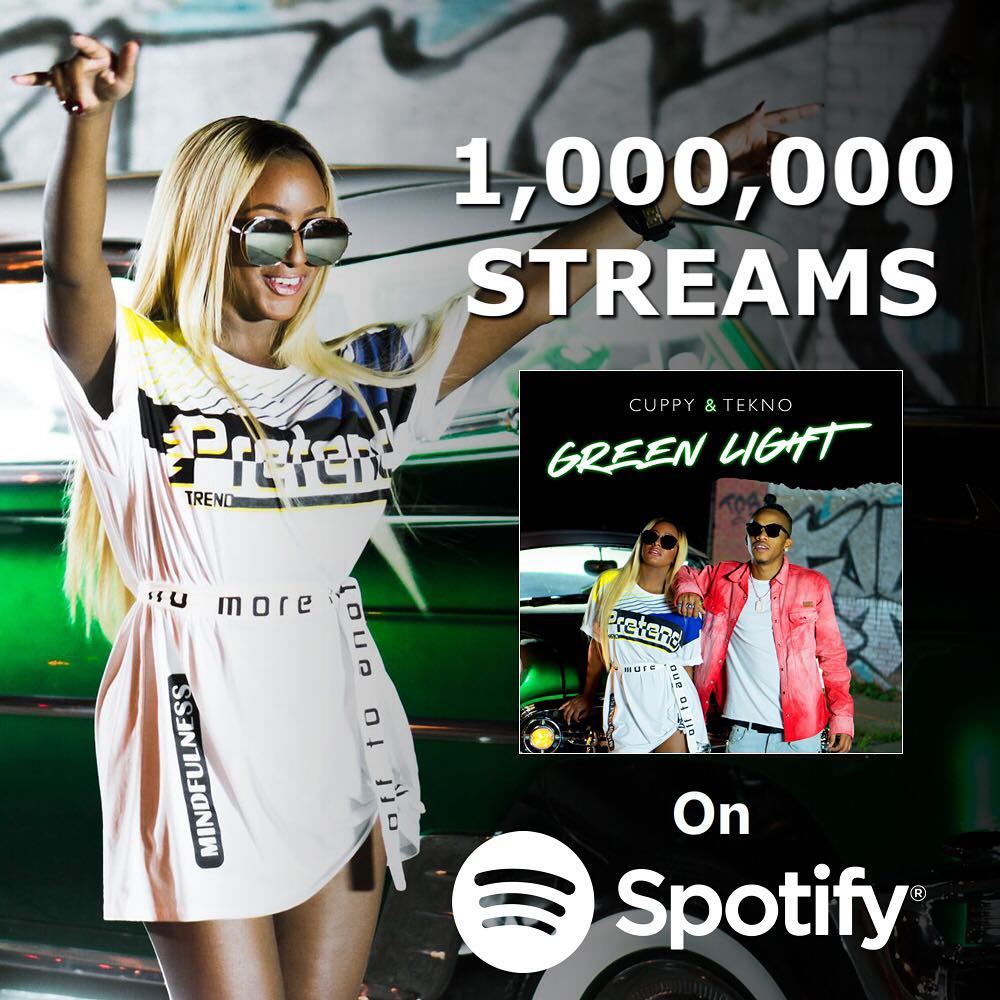 It’s been a good year so far for DJ Cuppy, from being announced as a Pepsi Brand ambassador to her sophmore single Vybe featuring Sarkodie doing well on the air waves.

Cuppy shared this news on her Instagram page with the above image and wrote;

Woooo! Cupcakes, I just hit over a MILLION Spotify streams! Thanks for your support on my debut single #GreenLight??? Now it’s time for #VYBE #ToCuppyThisTune