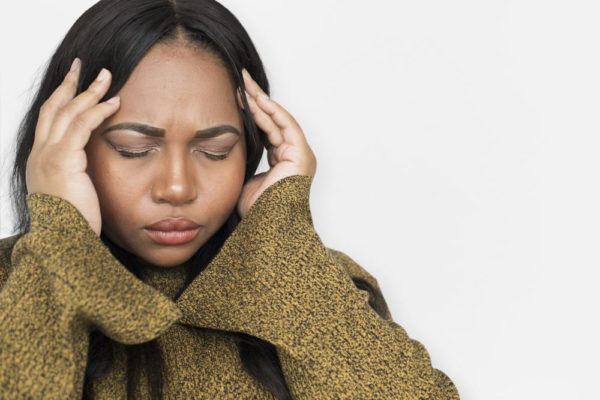 It seems like the more the world evolves, the more people are falling into depression. Rates of depression and anxiety among young people have increased by 70 per cent in the past 25 years. It seems to be a disease of the 21st Century. Why so? We need to understand why young people are increasingly feeling so at odds with a world that ought, after all, to be all about them and their future. We need to look deeper into this dangerous twist to address it.

Depression is a bio-psychosocial problem; there are biological, psychological and social drivers of depression. It can arise due to a combination of chemical imbalances in the brain, and genetics. But what’s more is that sometimes, depression can be situational; it can be triggered through seemingly innocent things like what we are exposed to on a daily basis. The World Health Organization, in fact, finds that the causes of depression are largely “social.” For example, if you have no control over your job, or, if you go through a traumatic childhood, you are far more likely to become depressed. These depressing circumstances can produce symptoms of depression that strain our emotional and psychological balance well beyond its comfortable threshold to the point where the person becomes clinically depressed.

But why does it seem like the modern society is producing more depressed people?
My theory is, there are a lot of misconceptions surrounding Clinical Depression while on the other hand, the symptoms of depression are often trivialised. Secondly, we live in an age where societal norms and cultural values in which we are embedded and from which so many of us feel alienated, induce us to live in ways that are, indeed, depressing.

Misplaced priorities
Our intensely competitive culture rewards achievement and success (be it genuine or ill-gotten); stories about people’s successes and accomplishments populate the news every day in such a way that skews the perception of reality. In so doing, a lot of people start to feel insecure with their own life and ambitions.
Social Media -a very carefully filtered rose-coloured view of people’s lives- doesn’t even help. Appearances are everything in the 21st century. People would show the world their achievements, triumphs and all the wonderful events going on in their lives at any given opportunity. However, what most never do is let the world know that they too have failed at some things, perhaps more than you have. A picture of me crying on my bed because I failed to achieve something wouldn’t go well on my Instagram would it? I would much rather put up a picture of me sitting pretty or better still, one of me holidaying on some Island. It is more gratifying to pepper them -Team Yellow pepper. That’s the social media currency these days. People work so had to look like what they are not, in order to impress people that don’t really matter.

The mistake that a lot of us make is thinking that there is any depth to most of the show. In a way, we crave these surreal portrayals of people’s lives. Our identities and esteem become reflections of other people’s standards of achievement. We get the hope that life is just waiting to shower happiness on us. Hope is undeniably a powerful thing. The problem begins when these things do not happen, at least in the time frame we had in mind. Our pursuit of happiness is then sent off course.
The desire to fit in and conform induces us to lose our inner voice. When we suppress the voice of our soul, depression arises. Our frantic pace of life then begins to see one day blur into another until life starts to lose its meaning.

Bottled up emotions
There are a lot of angry people walking around these days. Too many people are going about with sad and bitter emotions bottled up inside of them. Very little things have the capacity to trigger some of these people to lengths that are way beyond what is expected. “People are just mad in this country” is what we often say, when in actual fact, the reason for their state is because they are frustrated, suffering and experiencing pain, perhaps as a result of a dysfunctional social system.

First of all, we are all human beings, the term “mad” is derogatory and expresses contempt for fellow human beings. Secondly, we are products of a cultural belief system that ignores or devalues matters of the heart. One that does not recognise psychological illnesses as serious health problems. One in which millions are dying from ailments as simple as a headache while a select few travel abroad to get foreign doctors to pick the meat stuck in between their teeth (well…figuratively). The same system then turns and points its accusatory finger at those who suffer. Truth is, a society that produces such number of angry people, a dysfunctional society that has created a fertile platform for nurturing the epidemic of depression is in fact a mad society.

We need to understand that some people are going through severe emotional and psychological stress, even though a substantial number are unaware that they need help. One of the most well-studied sociological factors that helps prevent (or buffer against) depression is social support. While severe depression may require medications, therapy, or a combination of both to alleviate symptoms, it would also be helpful if we begin to look at depression as symptomatic of living depressing lives in a society that tends to be unsupportive. In doing so, we would begin to understand that part of the cure lies in addressing what our souls are longing for. We need to be one another’s keeper.

Quick fix mentality
Life would bring certain periods and events in which one might feel some melancholy. We do not ordinarily grow without experiencing some moments of unhappiness. People deal with these situations in their own different ways. Some are more easily able to heal and move on with their normal lives. For others, they continue to struggle and eventually fall into severe depression. The mere fact that you coped with an emotional struggle does not automatically mean that the next person must do same.

The difficulty is that in our quick fix mentality, we believe that if we can suppress the symptoms then all is well. A lot of people are misguided into believing that a person’s ability to suppress whatever emotional stress they feel is a show of strength. This lie that has formed the basis of many misconceptions is one of the leading causes of depression that has led to deaths by suicide. It is OK to cry when unhappy. It is also OK talk about issues that bother you; to seek help when you feel like you are no longer in control of your emotions. When we come to see depression not as the enemy but as an expression of struggle, the epidemic will likely subside as we come to honour the integrity of our human spirit.

Much of what underlies some cases of depression is a typical life struggle around loss, fear, isolation, hopelessness and other grave situational issues. By modifying some of our societal systems in order to promote a supportive community for sufferers, respectful personal relationships, self-direction and development, empowerment, enthusiasm and participatory democracy, by valuing direct social contact at the expense of electronic connection, it is possible for people to heal and lead fulfilling lives.

Yet, there also lies a deeper despair that accompanies living a seemingly unmeaningful life, as a stranger in a strange land.