Teen gets 30 Years imprisonment for Murder he didn't Commit 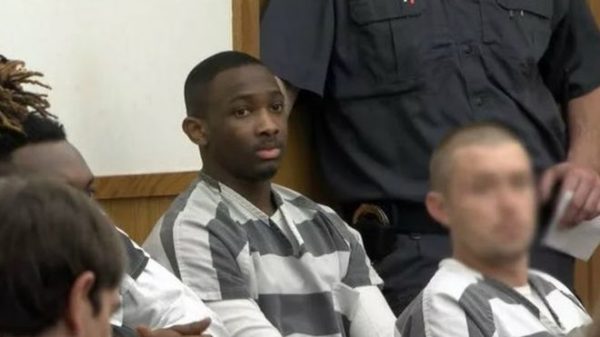 Thanks to the accomplice liability laws in the US, a teenager has been convicted of a murder committed by a police officer.

Lakeith Smith, when he was 15, in 2015, had gone on a robbery spree with 4 others in Milbrook Alabama, BBC reports.

The police were called to the scene of the robbery, and a shootout occurred, where a police officer shot at one of Lakeith’s friends, A’Donte Washington.

16-year-old Washington died from the gunshot which went to his neck.

While the policeman who pulled the trigger has been cleared of all charges, Alabama’s accomplice liability laws have found Lakeith guilty for the death.

Because of the law, Lakeith “is legally liable for the behaviour of another who commits a criminal offence if that person aids or abets the first person in committing the offence.”

Lakeith was sentenced 30 years for murder, 15 years for burglary, and 10 years each for two theft convictions, making it 65 years in total.

Lakeith’s lawyer, Jennifer Holton, was displeased by the sentencing, saying:

The officer shot A’Donte, not Lakeith Smith. Lakeith was a 15-year-old child, scared to death. He did not participate in the act that caused the death of A’Donte. He never shot anybody.