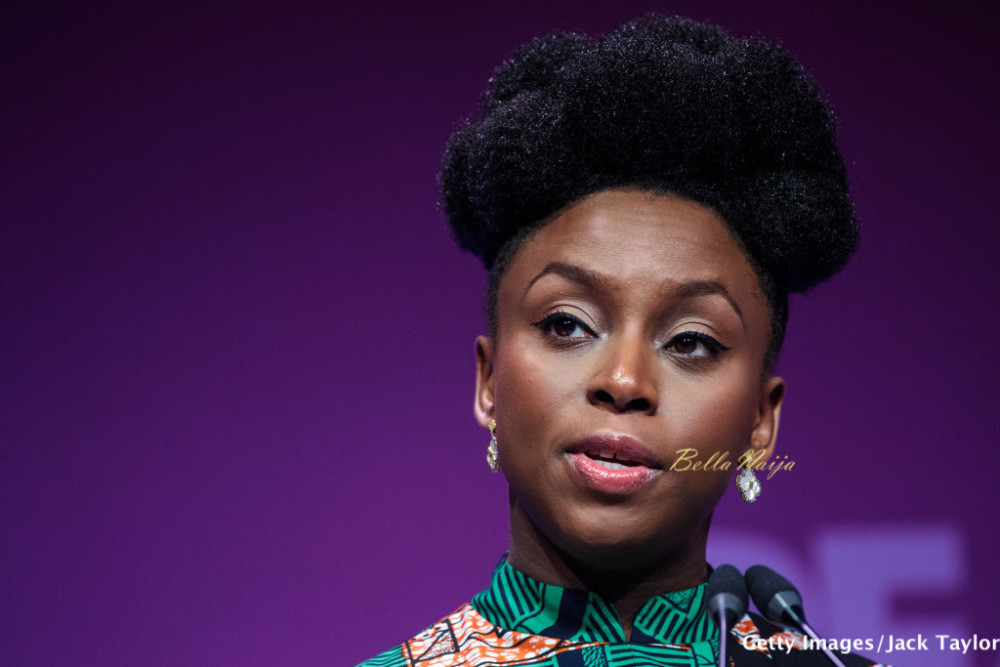 Since Chimamanda Ngozi Adichie asked Hillary Clinton if it was her choice to identify herself first as a wife on her Twitter bio, and why, the internet has been awash with comments for and against.

In what can be tagged as her contribution to the topic, Co-Director of Startup Grind Lagos Blessing Abeng, in a Twitter thread, also published on her blog einsteinette.com, she highlights her “issue with feminism,” and why egalitarianism is better for her.

“You can’t ask for equality of the sexes and have bias for one of the sexes,” she says, adding that individuals should get appointments or contracts based on merit and not gender bias. “Treat every human as their own person, not as a male or female,” she adds. 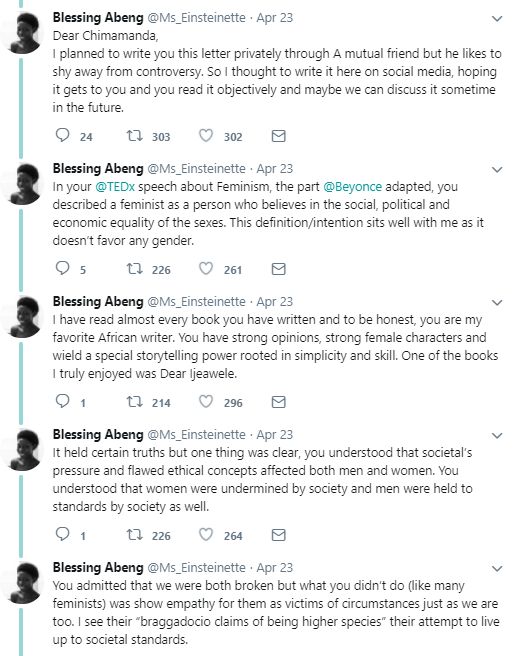 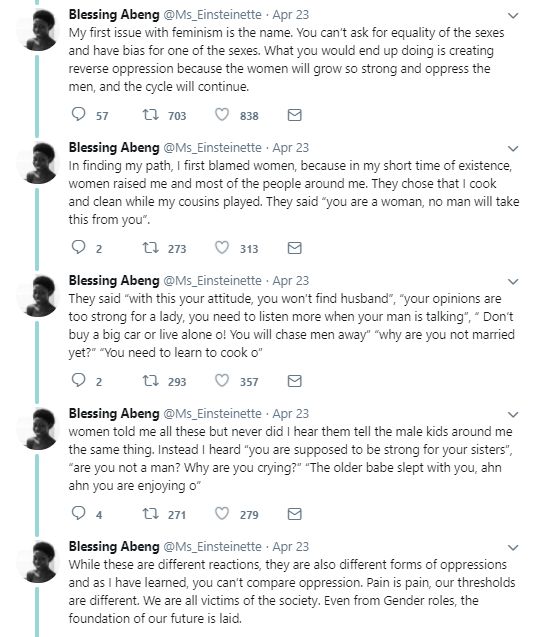 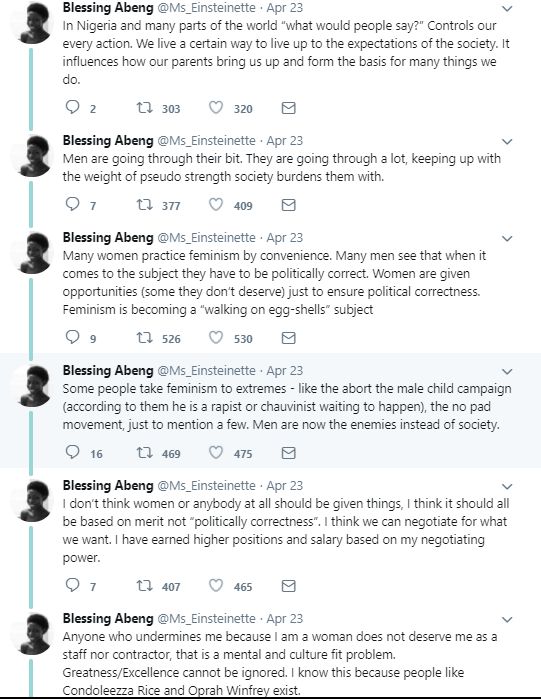 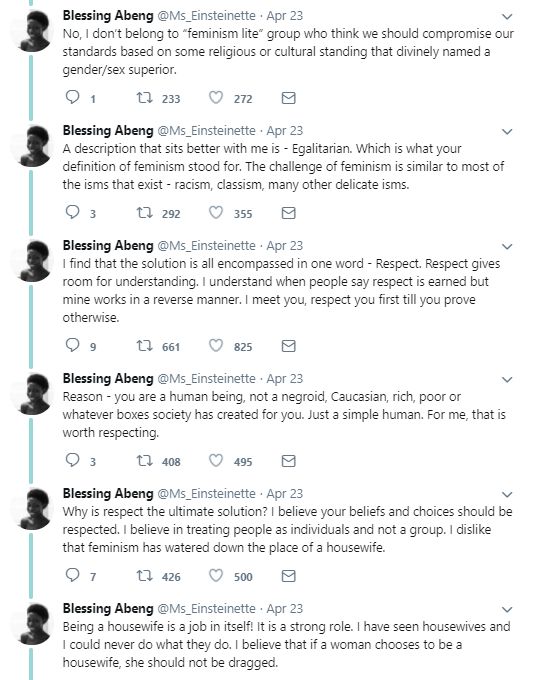 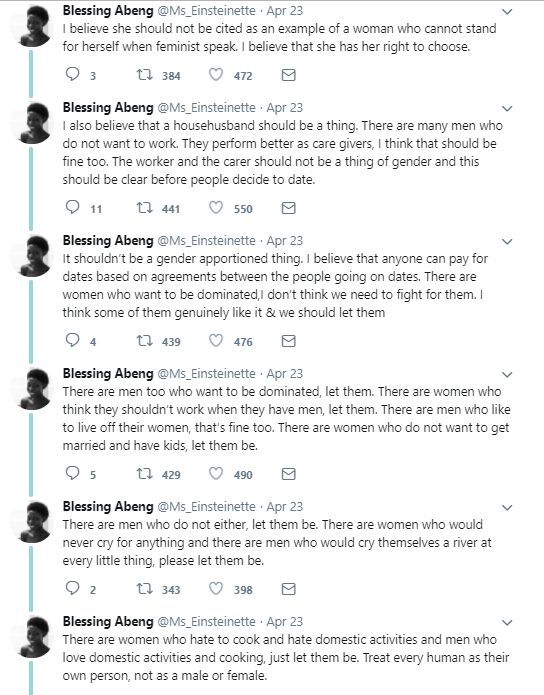 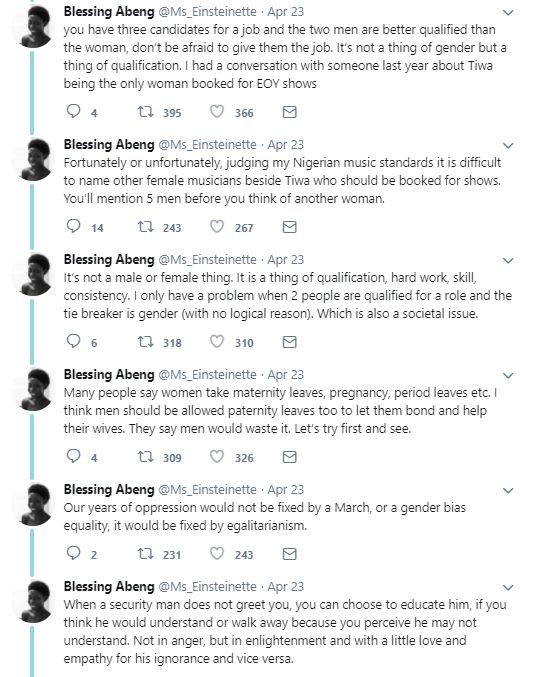 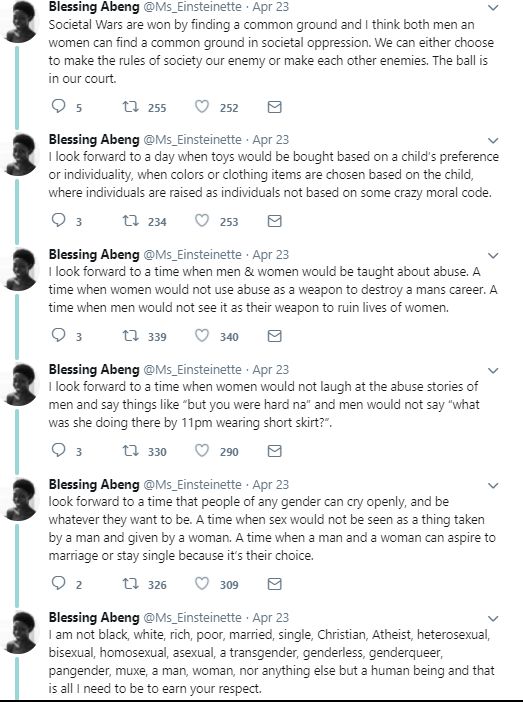 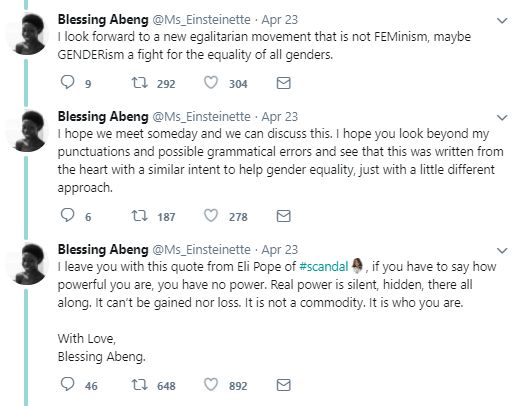