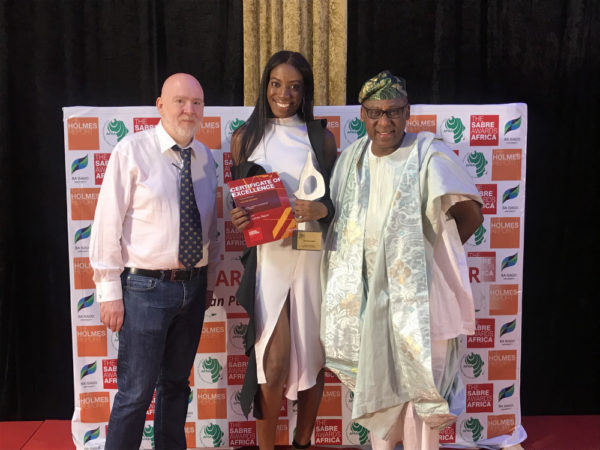 BWL Agency, founded by 30-year-old Ronke BamIsedun have surfaced as winners of The Gold SABRE Award for Public Relations campaigns in Western Africa and have been awarded two certificates of excellence in two categories. They were also shortlisted alongside some of the largest brands and agencies in the world for The Platinum SABRE Award for Best in show, the highest category of the award.

BWL is a strategic brand development company composed of a team of young, hard-working, bold communication consultants who build brands and help them deliver compelling campaigns that cut through the noise. An exclusive affiliate of top global communications agency Grayling. Their unique disruptive campaign for Jameson Connects Nigeria secured them The Gold SABRE Awards and The Platinum SABRE Award shortlist, whilst the fun curiosity led Follw The Swift campaign for Martell Cognac earned them certificates of excellence in the practice area categories: Marketing to consumers (new product) and Food and beverage.

The SABRE (Superior Achievement in Branding, Reputation & Engagement) Awards is the world’s biggest Public Relations Awards Program, dedicated to benchmarking the best PR work from across the globe. The award ceremony took place on Thursday May 10th in Gaborone, Botswana. The gala dinner was part of the African Public Relations Association’s annual conference.

Present to receive the award and certificates of Excellence at the gala dinner, was Ronke Bamisedun Founder of BWL and a member of the elite 2018 class of Forbes 30 Most Promising Young Entrepreneurs in Africa under 30 says “We are ecstatic and humbled with our Gold SABRE Award and Excellence Certificates. This amazing accomplishment has been a great positive reinforcement for my team and I, further emphasizing BWL as a company, albeit small, that can transcend borders, disciplines and compete with the largest PR firms in the world”.

BWL have also been shortlisted as finalists for the Upcoming SABRE EMEA, nominated for The Gold SABRE AWARD under the geographical category of Africa. The 2018 EMEA SABRE Awards shortlist was selected from over 2,500 global entries. The competition recognizes “Superior Achievement in Branding, Reputation and Engagement”. The winner of this award will be announced on Saturday May 23rd at the annual awards dinner in Amsterdam.