Nafisa Atiku: How I was Disenfranchised During the Last Election 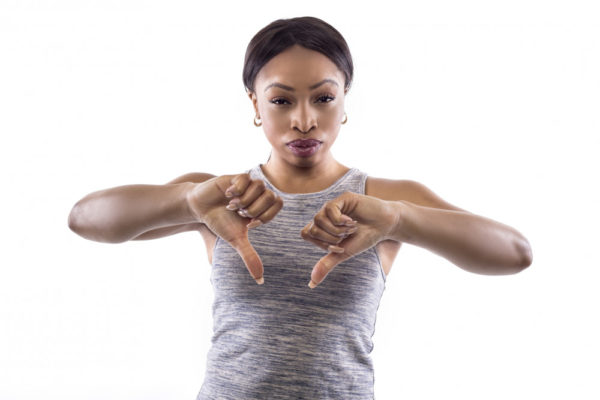 Flashback to a very sunny morning in Enugu state where I had just arrived to line up and register for my voters card. I decided I would skip classes that day to make sure I registered. I was almost sure I could do it in a couple of hours and head back to the campus to chill. How wrong I was. Very, very wrong.

Struggling to register that day was worse than the line in my first year when we were all gathering to collect our matriculation gowns and in the process someone had pulled my weave so hard it tore out. That was humane compared to this hot mess of a struggle.

The center was deeply under-staffed and as usual corruption had gotten into everything. A voters card apart from being a means to exercise one’s civic duty could also be used as a very valid means of identification. I could see people handing money over to some INEC officials to register. People entered the line at will, cheating people at the back. Did I mention I didn’t register? I went back to tell my friends of the horrors I had seen and experienced all in attempt to get my PVC.

I was not discouraged, I went back the next day, and the next, and even went on Sunday. Next week, common sense dawned on me and I realized I couldn’t continue this charade. I wanted to vote in the next election. I went on a Tuesday and the first thing I did was to befriend one of the INEC officials. I asked him to allow me help them on the condition I would register that day. I helped them out till it was time to close up and I insisted my registration be done. That was how I eventually got my temporary voters card. Did I mention that majority of my university mates didn’t bother going because of how tedious the process was? Imagine over 5,000 potential voters gone because of the inadequacy of the system at that time. Let me shock you the more, I eventually never got my Permanent Voters card because, “it was never ready”, and that was probably how I and millions of other people were disenfranchised.

Why do I take the pains to enumerate this story? It’s because as I acknowledge how important it is for one to engage in their civic duty, we must be intelligent in evaluating the processes involved. As the next elections are soon to be conducted, registration has started in different local governments in the federation. Another story. I tried to register again in my local government this year, they had closed until resumption the following month. I had to travel for work so that window of opportunity was lost to me. Registration in some areas have gone smoothly, in some other places not so much. The process has not been very favorable to the working class segment of the population.

Gospel Obele an economist, CEO and Lead Analyst of Streenomics a leading market research firm said this, ” INEC is trying to convince over 60% of our young population, who are really not interested to go to an INEC polling office to endure the rigor to obtain a PVC. Big Brother Naija despite majority of youths interested, bought voting rights on the go in their smart phones. Yet people compare and complain. We are in an age of irrationality and for positive change to happen, rationality needs to ride on the intelligence of irrationality. Unfortunately change actors aren’t seeing this perspective enough to influence from a higher intelligence”

The voters registration and voting exercise needs to be more intelligent and less stressful in its approach. People complain about political apathy among young people and working class folk. To be honest, which one of us would want to stand under the sun as I did for a week and at the end still not vote?
In Kaduna where the recent local government elections were conducted using an electronic voting system,it wasn’t a perfect experience but it was far from a technological disaster. While we may not be ready to use this sort of technology on a wider scale at the moment, it was indeed a step in the right direction in easing the stress of the voting exercise.

In short, if you want more people to engage in the political process, stop putting roadblocks in the guise of procedure and make it more accessible to all. That’s is why, after all, technology exists.