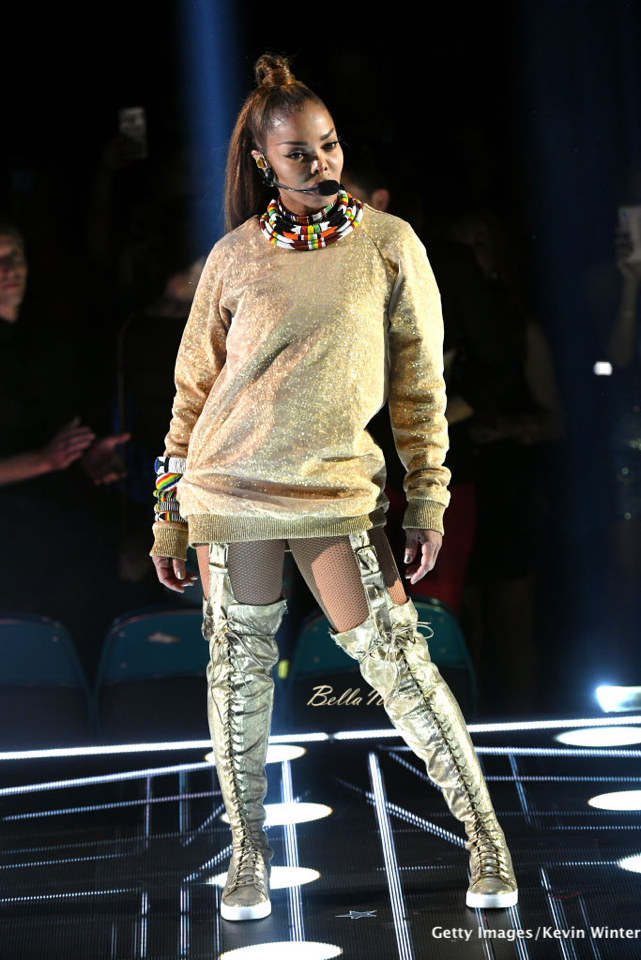 Janet Jackson is an undisputed pop icon. Coming from a family where music was the norm, she rose to prominence alongside her brother Michael Jackson and thrilled her fans for years on end.

However, she has not performed on TV in nearly a decade and last night at the 2018 Billboard Music Awards, fittingly as she was awarded the Icon Award on the same night, she chose to perform.

She was introduced on stage by Bruno Mars and she went ahead to delight fans with a wonderful medley of her hit songs before finally receiving her award from Bruno.

Watch some highlights below:

BREAKING: Wigs across America are being reported missing after @JanetJackson‘s performance at the #BBMAs pic.twitter.com/dQAk8UMs7B

My good sis gave us When We Oooo for a second time. What a time to be ALIVE! I love you @janetjackson ???????? #ICON_JANET #bbmas pic.twitter.com/A50xLZBRKh

Janet Jackson’s performance, #BTS Fans & Avicii being Honored by The Chainsmokers – Here are 5 of our Favorite #BBMAs Moments