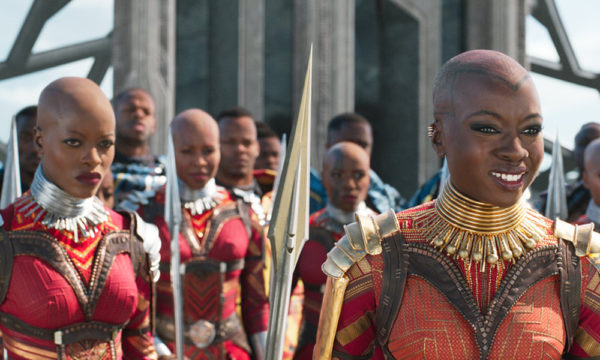 Box office record-breaking movie “Black Panther” had a ton of strong female characters, from the impressive Dora Milaje, to Shuri, Nakia, and, of course, Okoye.

According to Variety, director Ryan Coogler was speaking at the Cannes Film Festival where he discussed making the movie and his favourite parts.

One of those parts, he said, was (spoiler alert) after the death of T’Challa when just the women were making all the moves.

“That’s one of my favourite parts of the movie when I watched it, and I didn’t expect that,” he said.

He explained further, saying: “That part of the movie you feel like you’re watching something fresh and new. That part of it was exciting. We have these actresses who could easily carry their own movie. Some of them have before. We were so fortunate. I would watch a movie with them!”

Asked if he’d ever do a spinoff with the ladies of “Black Panther,” he said it would be amazing. He said:

Oh man. That would be amazing if the opportunity came up. They did it in the comic-book version.