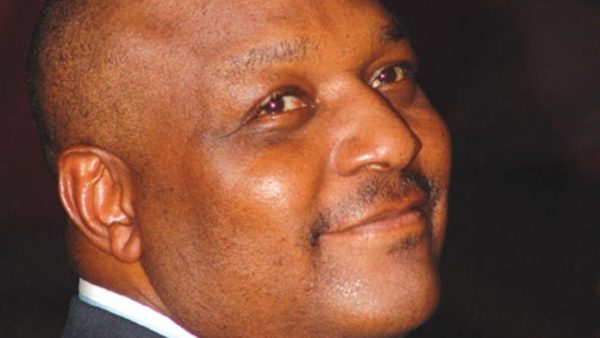 Jolly Nyame, a former Taraba State governor, has been sentenced to 14 years in prison, The Cable reports.

Nyame had been presented before the Abuja High Court where he was charged with 41 counts of fraud.

He was eventually found guilty of 27 counts, and was sentenced to 14 years in jail with no option of fine.

He had been brought before the court by the Economic and Financial Crimes Commission (EFCC) for diverting N1.64 billion while he served as governor between 1999 and 2007.

Trump comes for JAY-Z, says “his language was so filthy”