Trump comes for JAY-Z, says "his language was so filthy" 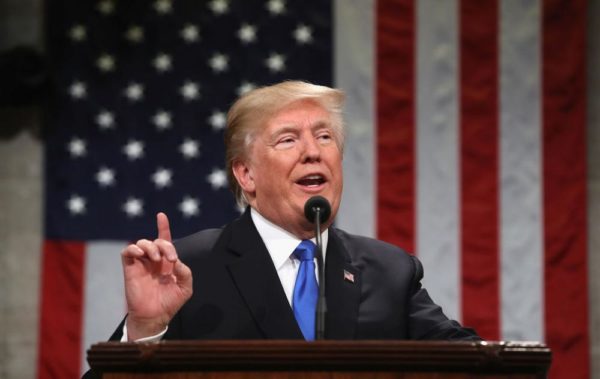 JAY-Z is the most recent person on the United States President Donald Trump attack list, the president describing the rapper’s language as “filthy.”

Trump was referencing a Hillary Clinton rally in which JAY-Z performed, adding that she had once complained about his own “lewd language.” He said:

The only way she filled up the arena was to get JAY-Z. And his language was so filthy that it made me, like, the most clean-cut human being on earth. It’s true.

He’d stand up there before those crowds, and by the way, without any musical instruments, I had much bigger crowds than he was drawing. But he’d stand up before those crowds, and he’d use the F word and Hillary would sit back — ‘oh I’m in trouble, oy, please don’t have him use that kind of language anymore,’ and then he’d finish, and everybody would leave, and she’d be standing up making a speech to 400 people.