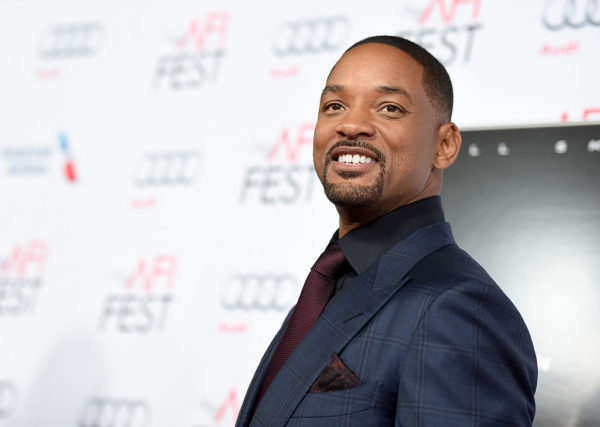 Will Smith. (Photo by Kevin Winter/Getty Images for AFI)

The song is set to be released on Friday, May 25, with Will sharing photos from the studio session.

FIFA announced the news in a statement, saying:

As part of another exciting collaboration between FIFA and Sony Music, Will Smith, Nicky Jam and Era Istrefi will perform Live It Up, the official song of the 2018 FIFA World Cup Russia.

Fans will have enough time to learn the lyrics as Live It Up will be released on multiple streaming platforms this Friday, May 25. The FIFA World Cup official music video will be available as of June 7.

Smith has said it is an honour to be asked to perform the World Cup song. He said:

It’s an honour to be asked to perform at the 2018 FIFA World Cup.

This global event brings people from all over the world together to cheer, laugh and experience magic.

Collaborating with Nicky, Diplo and Era on this track represents harmony, eclectic flavours and genres coming together. At the end of the day, we just want to see the world dance.