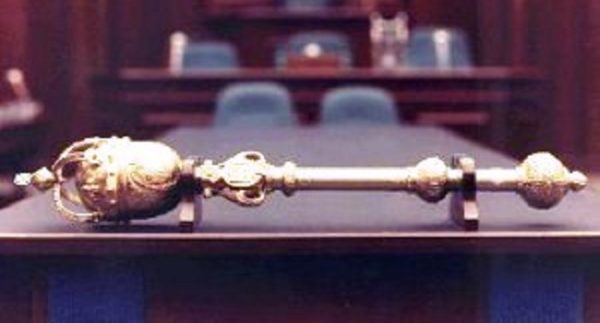 The Ondo State House of Assembly has reinstated Iroju Ogundeji barely 24 hours after he was impeached from the post, Punch reports.

Ogundeji had on Tuesday been impeached after allegations of “gross misconduct” and he was promptly replaced by Bimbo Faloju.

18 of 26 lawmakers had voted in favour of having him impeached.

He has however been reinstated, reportedly after the intervention of the state governor Rotimi Akeredolu, chairman of the Ondo State All Progress Congress (APC), Ade Adetimehin, and other party leaders.

The Majority Leader of the House Gbenga Araoyinbo had on Wednesday moved a motion to have the impeachment reversed, which was seconded by another member Fatai Olotu.

Speaking on the reversal, the speaker of the house, Bamidele Oloyeloogun, said:

Due to the intervention of the governor and some party leaders, the House hereby resolves that Iroju Ogundeji should be reinstated as the Deputy Speaker.

Lawmakers however seemed dissatisfied with the reinstatement, with one telling journalists:

The drama has just begun, it is a season film.