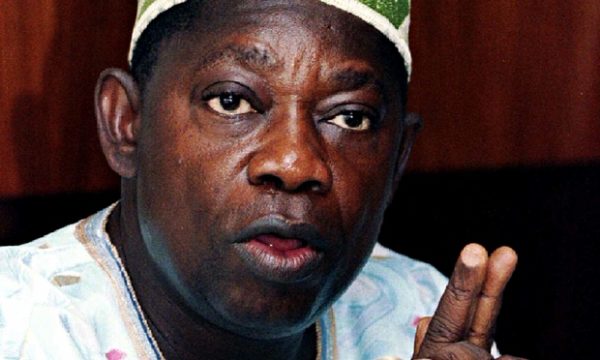 The states of Lagos and Ogun have both declared June 12 as a public holiday.

The public holiday is in celebration of the 1993 elections which was said to have been won by MKO Abiola, but was annulled by the then-Head of State, Ibrahim Babangida.

Releasing a statement to that effect, the Secretary to the Lagos State Government, Tunji Bello, on behalf of the state governor Akinwunmi Ambode, said:

On behalf of all Lagosians, we want to commend and applaud Mr President, Muhammadu Buhari for deeming it fit finally against all odds from all other past presidents that 25 years after, we are able to now celebrate our own Democracy Day and also declare that the real winner of 1993 June 12 Presidential election was actually our own MKO Abiola.

No matter how long you try to hide history, history will always reveal itself with a true platform. So, we know that is one very important singular step as we go forward to build an enduring democracy. And for all democrats in this country, we are excited that we are moving in the right direction.

It also affirms that Nigeria can get it right if we begin to put things in the right perspective and work for the general good of the greater number of people. That is the true essence of democracy.

For us in Lagos, June 12 is not just a day to remember, it is a rallying point for those of us in service that we must continuously strive to entrench true democracy and good governance which is what Chief MKO Abiola totally exemplified.

According to Channels TV, the Ogun State government released a similar statement, saying events have been organized to celebrate the day. The statement read in part:

This year will be no exception as befitting events including a Democracy Walk to be led by the State Governor, Senator Ibikunle Amosun have been lined up for the celebration.

The walk scheduled to take off from the June 12 Cultural Centre, Kuto, Abeokuta at 7: 00 a.m will take participants through major roads in the state capital to the Abiola’s family house at Oke-Ido, Gbagura where prayers will be offered for the martyr.

President Muhammadu Buhari had earlier declared the date as the new Democracy Day, although the Federal Government has said there will be no public holiday this year.