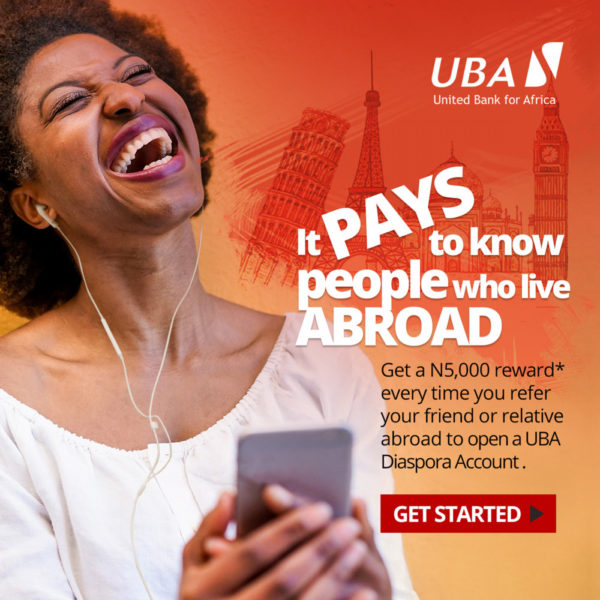 Pan-African Financial Services Institution, United Bank for Africa (UBA) Plc will be rewarding its loyal customers who refer friends and family to the bank in its new diaspora campaign. The campaign is designed to reward customers of the bank who refer their Diaspora friends/relatives to open a UBA account.

Specifically, this campaign will last for three months and the bank will be rewarding any customer who refers other customers with the reward of N5,000 for every successfully opened new and funded account. 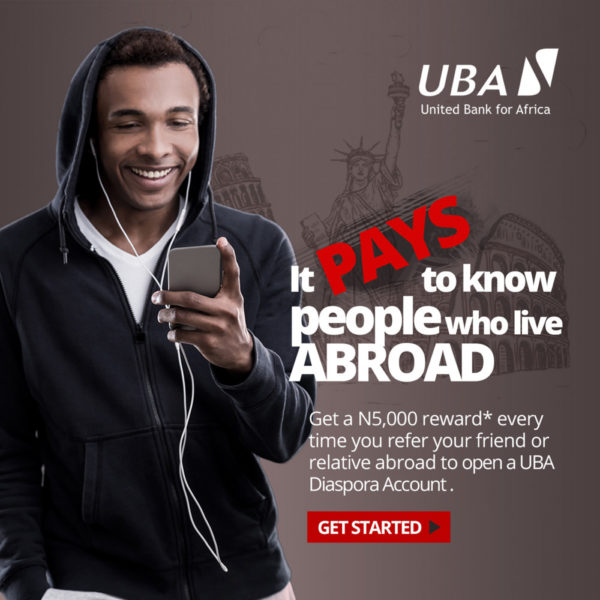 For instance, new and existing customers who refer friends and relatives in the Diaspora to open new UBA accounts will be eligible to grab the reward as many times as the number of people they refer.

According to the campaign managers, the referrer who must have an account with UBA, will have his/her account number inputed in the provided field by the referred. The account number is expected to serve as a reference code for paying the reward, and once the new Diaspora account is funded with a minimum of $100, $100, £100, €100 or N50,000, for a one-month period, the reward sum of N5,000 will be automatically credited into the Referrer’s account.

They further explained that the campaign which kicked-off on May 22, 2018, involves no raffle draws, customers just refer, and redeem their cash prizes after successful funding of the new account.

Related Topics:United Bank for Africa
Up Next